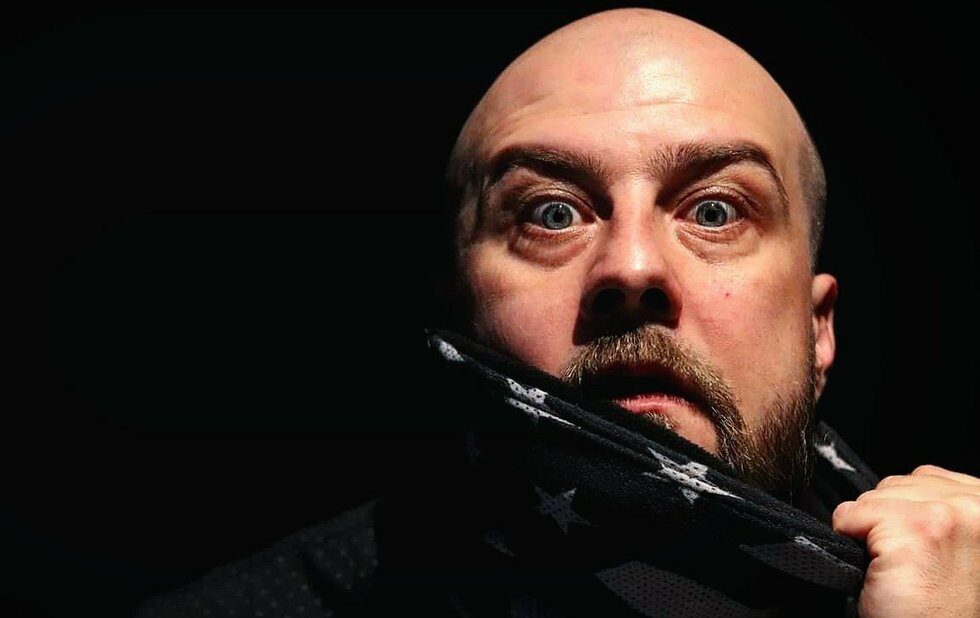 When journalist Alice (Makambe K. Simamba) writes an article about neo-Nazis, she raises the ire of an alt-right podcast host named the Captain (Tim Walker), whose rants cause his followers to blast her with hateful social media messages and even threaten her in person. Then Alice decides to do some digging into the Captain’s past.

Graham Isador‘s two-hander, inspired by real events, certainly feels urgent and timely, and a revelation at the play’s midway point adds an interesting layer. The fact that the play is told mostly in monologues, however, robs it of some immediacy. And Isador delves far more into the Captain’s life than he does Alice’s.

But director Jill Harper stages things cleverly, especially in having the Captain lurk in the theatre’s shadows (Kim Purtell‘s lighting design is effective) or ascend an unseen staircase to bark out some pronouncements from the second floor. Walker is utterly convincing and terrifying throughout. Simamba’s performance isn’t as impressive, although it’s partly because she has  less to do.

Part of the festival’s Lab series, the script-in-progress has lots of potential to become a hot-button-pushing piece of political theatre.