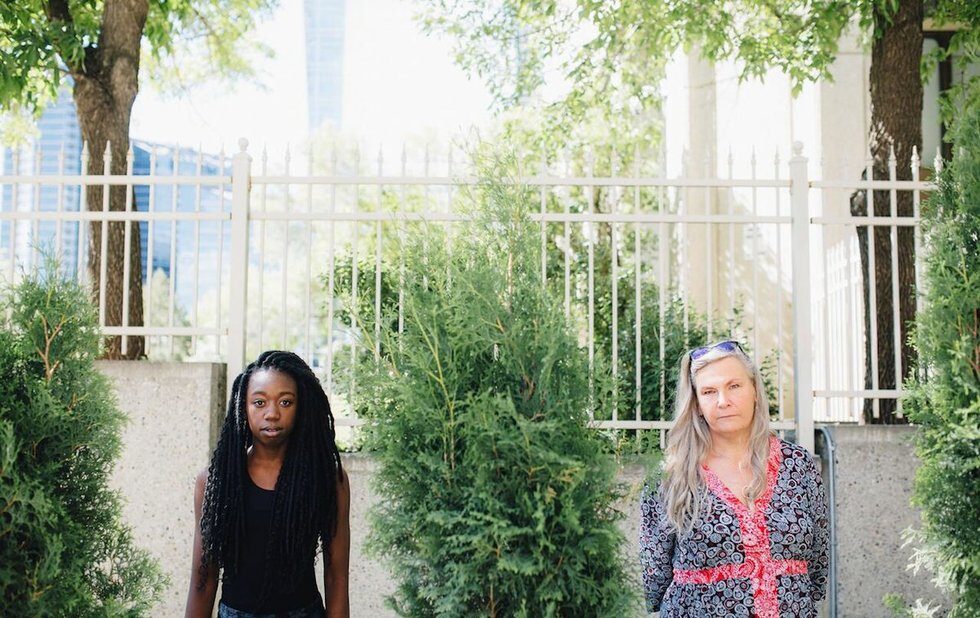 In this intriguing and often hilarious piece of bare-bones meta-theatre, two performers (Valerie Planche and Makambe K. Simamba) debate a seemingly endless series of topics (bike lanes, Brussels sprouts, Amy Schumer, Donald Trump), arguing whether each is a “winner” or a “loser.”

The game conceit and humorous, rapid-fire back-and-forth quickly becomes secondary as the verbal sparring hits on tender points, exposing biases and preconceptions and prompting each to reveal pieces of their disparate biographies.

In the mix of improv and written elements, we learn Planche was deep in the Montreal punk scene in the 80s, while Simamba attended an exclusive private school in Zambia.

The biggest difference from the original by Marcus Youssef and James Long is that this time both performers (and director Jenna Rodgers) are women, This leads to – amongst their many other topical deep-dives – fascinating analyses of feminism and the arts, and feminist icons like Gloria Steinem.

The elemental nature of this show (there is no set, just a simple folding table and two chairs) requires big, engaging performances. Planche and Simamba deliver, making this remount a clear winner.