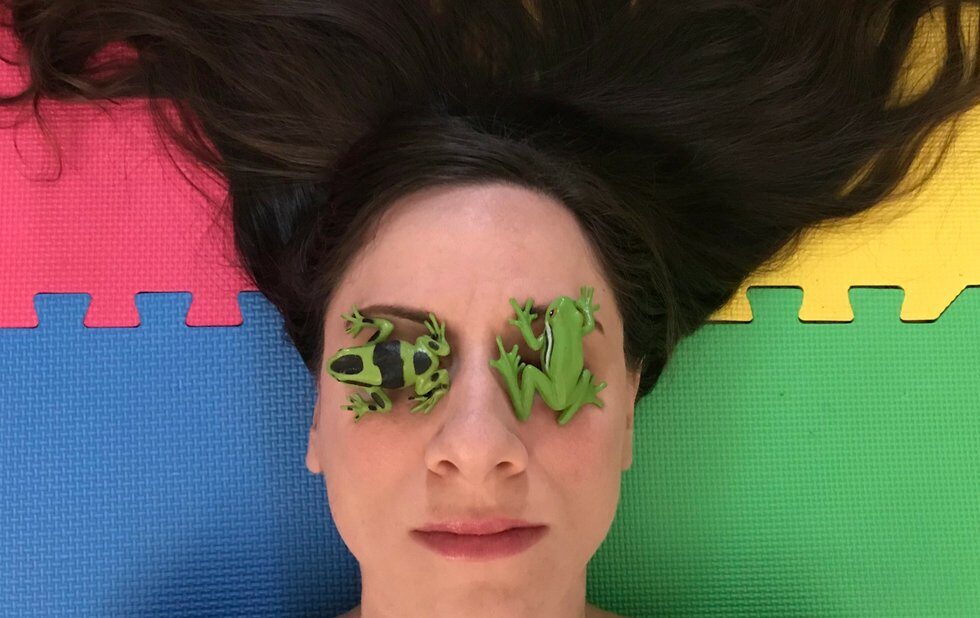 You’ll get a chance to consider all of that in Worry Warts, Convergence Theatre‘s fascinating two-part experiential piece.

The initial section, which takes place this first week, is the Depot, which is itself split into two parts.

First comes a one-on-one interview with one of the show’s “keepers.” The 15-minute conversations are recorded, to be transcribed and possibly used for the show’s second part, the Sharings, which happen during the festival’s final weekend.

The Depot’s second section is a series of tasks that make great use of the Expansion Space at the Toronto Media Arts Centre. These tasks force you to be specific, for instance ranking your worries from most pressing to least (and making an art project out of it) or identifying the people in your life who have loved and supported you.

The Depot feels a tad rushed, with lots of things happening simultaneously. (You definitely need good concentration skills to do this.) The Q&A section feels a little vague and clinical there’s no attempt (or time) to establish a connection with the keeper, and so it’s easy to feel guarded when revealing intimate details. Also, some of the questions are abstractly worded.

The show, conceived and directed by Convergence Theatre‘s Julie Tepperman, is part of the festival’s Lab series, so it’s still in development. How the answers and the tasks will be integrated into the Sharings will be revealed next weekend.

But even from the brief glimpse we’re given, it’s clear the immersive environment, designed by Anahita Dehbonehie, will be full of fascinating details. No worry there.