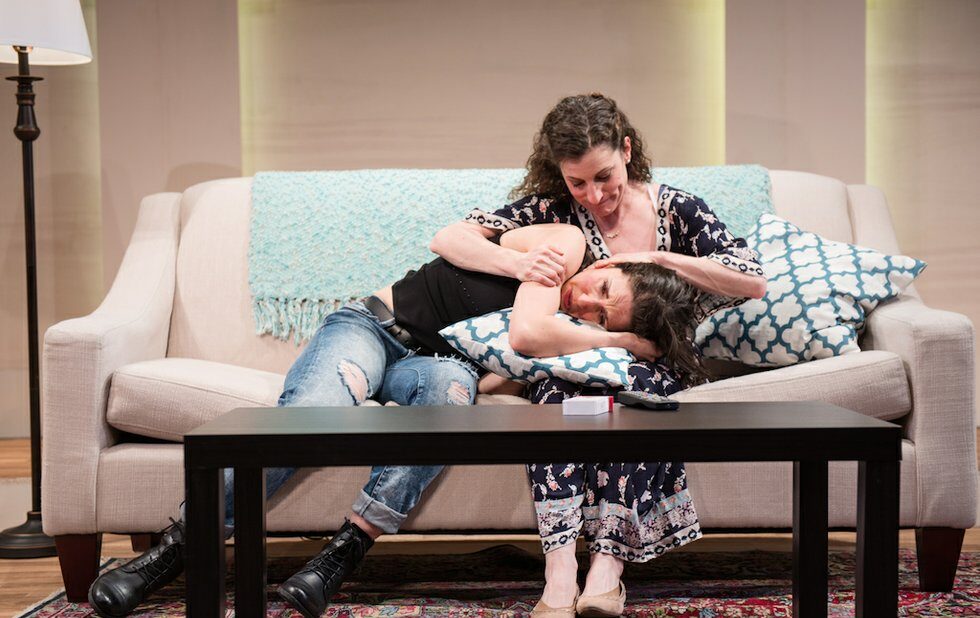 This ensemble dramas unique approach to exploring the ongoing civil war in Syria makes for important and compelling theatre, even if its avant-garde structure and multiple meta-layers risk leaving some in the audience confused.

The first half of the show depicts a love triangle between four pals (Naomi Wright, Greg Gale, Carlos Gonzalez-Vio and Dalal Badr) that wouldnt feel very different from an episode of The Young And The Restless if the setting werent explicitly Damascus 2014. When this tale concludes, Badr breaks from her character to inform the audience that shes also the director, explaining that the play is based on a script uploaded to the internet from Syria in 2013, and that theyve just located the mysterious playwright in a refugee camp and arranged for a Skype interview.

Badr and the other actors now playing versions of themselves preside over the Skype interview with the person they believe to be the playwright (Bahareh Yaraghi), who speaks with the help of an interpreter (Liza Balkan).

As the actors seek clarification of details of the script and characters, a series of revelations radically alters their understanding of the play. Once the Skype call concludes, the newly inspired actors resume their previous roles and attempt the melodrama again this time in the disturbing new context gleaned from the interview.

In the performance I saw, the found-script conceit and Skype interview were convincing enough to confuse some in the audience, who werent sure what was fiction and what was real precisely what playwright Guillermo Calderon and director Ashlie Corcoran are shooting for.

The unsettling frame-shifting and the contrast between the before-and-after versions of the Syrian soap opera provide a novel vantage point on the war and mirror the still partial coming-to-public-consciousness of this humanitarian crisis.