From a cutting-edge new works festival and an elegant circus show to events surrounding one of the world's most acclaimed opera stars, here are 10 good reasons to get out of the cold this month 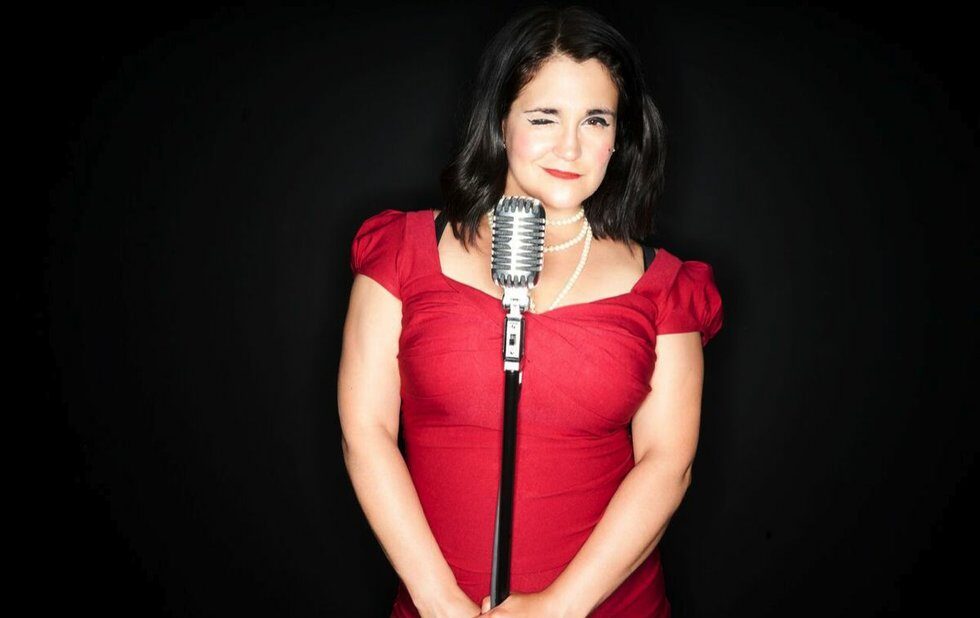 ASHLEY WITH A “Y”

If you missed Ashley Botting‘s solo improvised hit musical during Fringe Toronto – which went on to become NOW’s top comedy show of 2018 – you’ve got three more chances this month. Accompanied by the Dora Award-nominated Scott White, the Second City alumna and frequent panelist on CBC Radio’s Because News performs a new show every time out, using audience suggestions to kick-start anecdotes and songs about her life. The result is funny and poignant artistry of the highest order. Since the run coincides with Valentine’s Day, perhaps she’ll share her own stories of love and heartbreak. 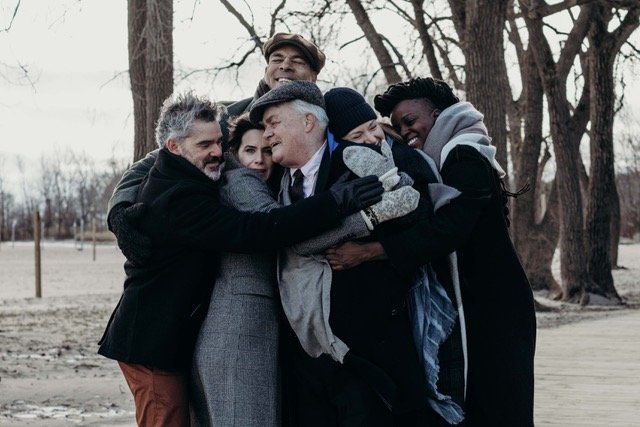 Nicholas Campbell (centre) is The Father (photo by Kristina Riddick)

With his husky voice and world-weary attitude, Nicholas Campbell (Da Vinci’s Inquest, Naked Lunch) is one of our best-known actors. Now he’s got a stage role that he can sink his teeth into. This drama by France’s Florian Zeller – translated by Les Liaisons Dangereuses’ Christopher Hampton – is a drama about a man living with Alzheimer’s and being cared for by loved ones. Frank Langella won a Tony Award when he performed the role on Broadway a couple of years ago. And this Coal Mine Theatre production, directed by Ted Dykstra and co-starring Beau Dixon, Trish Fagan, Paul Fauteux, Michelle Monteith and Oyin Oladejo, will likely be on everyone’s minds come awards time.

Note: due to health concerns, Campbell will no longer be performing in the production. Eric Peterson will now be playing the title role.

February 10 to March 3 at the Coal Mine Theatre 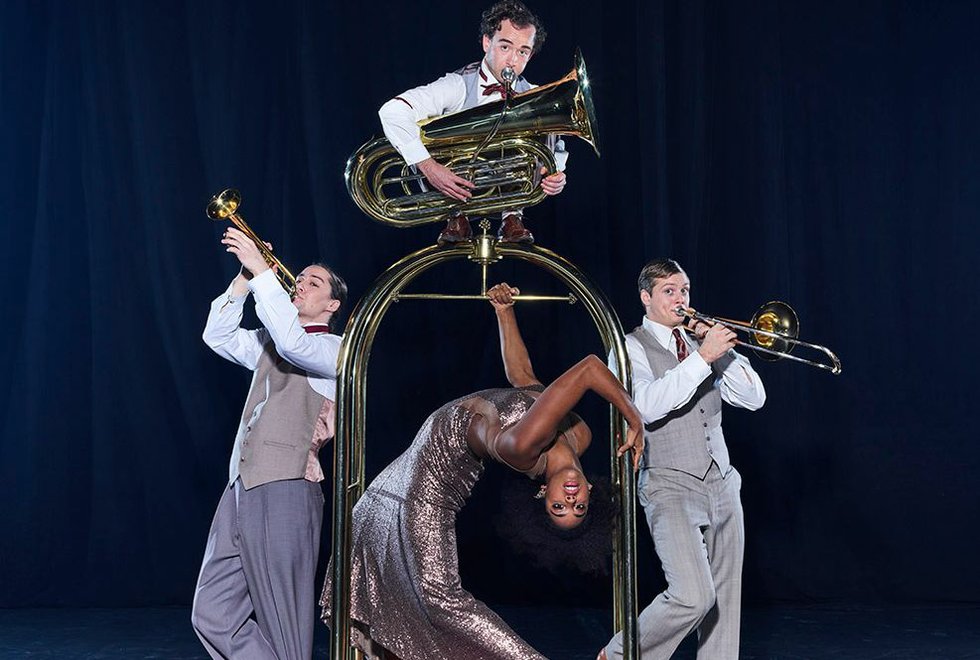 Montreal’s home-grown Cirque Eloize blows into town with an elegant new work to celebrate its 25th anniversary. A combination of acrobatics, theatre, dance and live music, Hotel channels Art Deco-era Hollywood glamour while featuring classic circus acts like the Cyr Wheel, juggling, hand-to-hand, aerial ropes and straps, clowning and the Chinese pole. This is a reinvention of circus as many of us still know it. With a jazzy score by Éloi Painchaud featuring vocalist and piano player Sabrina Halde (the performers also play instruments), Hotel seeks to balance thematic rigour with physical risk.

February 6 to 16 at the Bluma Appel Theatre

A few years ago, the exciting indie company ARC presented a harrowing site-specific production of the dystopian play Pomona. Now the company is back with a work that highlights the destruction of the natural world. UK writer Stef Smith‘s new play, getting its North American premiere here, looks at the result of urban overcrowding on the natural world. Directed by Christopher Stanton and with a cast that includes Aviva Armour-Ostroff, Deborah Drakeford, Carlos González-Vio, Ryan Hollyman and Andre Sills, the show happens in the newly launched East End Arts Space in St. Matthew’s Clubhouse, on the edge of Riverdale Park. So don’t be surprised if you pass some wildlife getting there.

February 22 to March 16 at the East End Arts Space 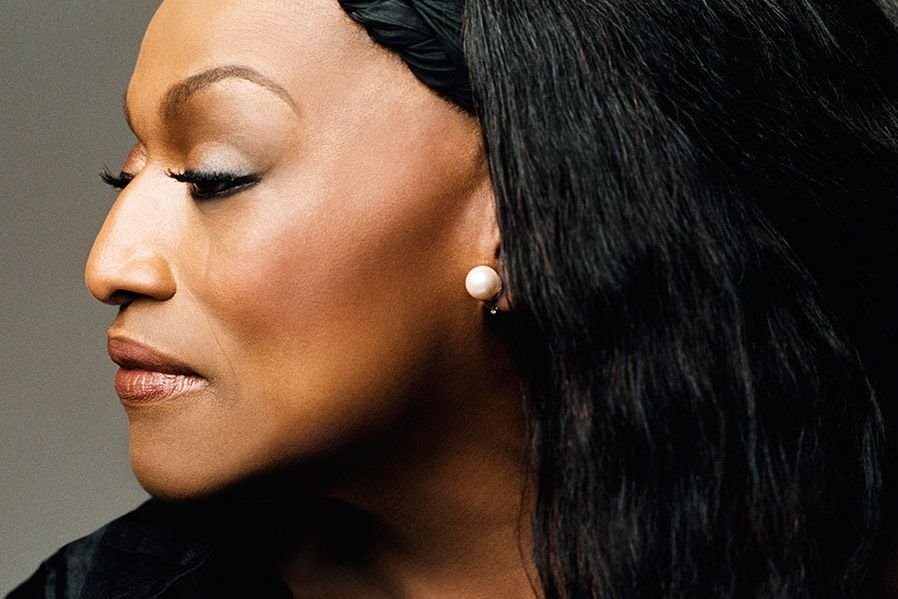 Glenn Gould Prize winner Jessye Norman is honoured at gala at the Four Seasons Centre, talks about her life and career as part of a TIFF Bell Lightbox screening series and delivers a master class at U of T.

In Toronto to receive the prestigious Glenn Gould Prize, the renowned opera singer and activist takes part in various events this month. There’s the gala, of course (February 20 at 7:30 pm, Four Seasons Centre), which includes performances by Nina Stemme, Pumeza Matshikiza (both making their Toronto debuts) and our own Sondra Radvanovsky and Wallis Giunta, with the Canadian Opera Company orchestra under music director, Johannes Debus. Other events include a master class at the University of Toronto’s Faculty of Music (February 15 at 3 pm, Walter Hall), and In Conversation With… , a talk at TIFF Bell Lightbox (February 12 at 6:30 pm) with the COC’s general director Alexander Neef, in which Norman will discuss her collaborations with everyone from Julie Taymor to Bruce Springsteen. The conversation is the centrepiece of TIFF’s Divine: A Jessye Norman Tribute, which includes screenings of Diva (February 13 at 6:30 pm), Jean-Jacques Beineix‘s pop thriller inspired by the legend, and a double bill (February 12 at 8:30 pm) of Jessye Norman Sings Carmen (co-directed by Albert Maysles) and Oedipus Rex, a screen version of Taymor’s stage adaptation of Stravinsky’s oratorio. Norman herself will introduce the double bill.

If you’re suffering from alt comedy withdrawal after the cancellation of Bamford’s Netflix series Lady Dynamite, head on over to Comedy Bar at the end of February, where the comic – whom Judd Apatow calls “the most unique, bizarre, imaginative comedian out there right now” – delivers a week of stand-up. Impressive as her TV and film appearances are, there’s really nothing like seeing her live, where she’s attuned to the shifting energy of everyone in the room. Local rising comic Hoodo Hersi hosts.

February 27 to March 2 at Comedy Bar

Who knew that a talky play about a 25-year-old moment in world history would make such riveting theatre? But J.T. Rogers‘s drama about the historic 1993 Oslo Peace Accords between the leaders of Israel and Palestine has received raves from the West End to Broadway. No wonder, with the tumultuous political moment we’re currently in. Studio 180‘s new production, directed by Joel Greenberg (King Charles III), stars some of the country’s top actors, including Jonas Chernick, Patrick Galligan, Mark McGrinder, Sarah Orenstein, Jordan Pettle, Alex Poch-Goldin and Sanjay Talwar. Allow lots of time for post-show discussions.

February 9 to March 3 at the CAA Theatre

There have been many gripping productions of the Bard’s tragedy before, including one at Stratford in 2013. Now, another Stratford actor, E.B. Smith, takes on the role of the jealous Moor in a production by Shakespeare BASH’d. That company, recent winner of the best site-specific theatre company by NOW readers, is staging the play at the Monarch Tavern, so you can imbibe and carouse along with Cassio. The company’s intimate shows routinely sell out, so get your tickets early.

February 5 to 10 at the Monarch Tavern

One of the most exciting new works festivals turns 40 this year, with a slate of acts and artists to mark the milestone in style. Included in the lineup – the final one curated by festival director Mel Hague – are new short pieces by Katie Sly, Hanlon McGregor and Rhiannon Collett, with cabaret by drag storytellers Fay Slift and Fluffy Soufflé, stand-up by Brandon Ash-Mohammed and Elvira Kurt and a special work that pairs Natasha Greenblatt and her mother, Kate Lushington, one that finishes a trilogy started by Lushington at Rhubarb in the 1980s.

February 13 to 23 at Buddies in Bad Times

WHO WE ARE IN THE DARK

It’s nothing new for choreographer Peggy Baker to work with strong composers making original music for dance shows. Her musicality is as highly evolved as her physical vocabulary in fact they’re inseparable. This new work features two members from award-winning pop/rock supergroup Arcade Fire. Violinist Sara Neufeld and drummer Jeremy Gara composed the score and will play onstage alongside seven dancers. The production promises to be an illuminating treatment – projections are by Jeremy Mimnagh and lighting by Marc Parent – of a shadowy subject.

February 21 to 24 at the Bluma Appel Theatre