From kick-ass sketch comedy to deeply personal stories and reimagined classics, here are some must-see theatre, dance and comedy events to take in this month 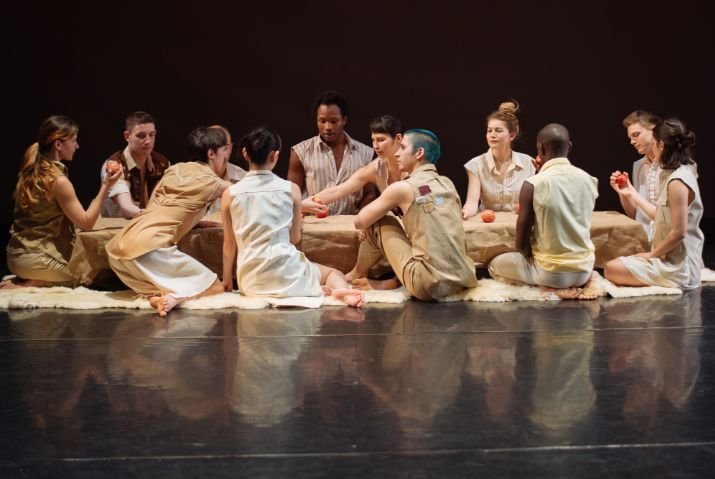 Take out your calendars and get ready to mark them up. Here, in chronological order, are 10 shows that will get you out of the house, warm your frosty heart and prove more memorable than that Netflix show you’ve been meaning to binge-watch.

Christopher House and Toronto Dance Theatre’s Persefony Songs is a re-imagining of the full-length Persephone’s Lunch from 2001, which was NOW’s #1 dance show that year. Inspired by Homer’s The Odyssey, the textual and choreographic material of the original has been “excavated” to drive an all-new creation. With input from TDT’s 12 kick-ass dancers, composer Thom Gill and live contributions from Toronto band Bernice, this playful new iteration explores un-gendered sensuality. Part of House’s 25th anniversary season with TDT, the show continues the company’s fascinating efforts using legacy material to spark new ideas about performance and choreographic meaning.

March 5 to 9 at the Fleck Dance Theatre

What better way to rid yourself of the winter blues than by seeing some great comedy? This year’s edition is one of the most ambitious yet. Headliners include SNL’s Sasheer Zamata, Scott Thompson, bringing back one of his most iconic characters in The Buddy Cole Monologues, and TruTV’s Adam Ruins Everything. There are also full-length shows by the always popular Sex T-Rex Soul Decision, which features Christian Smith (Second City Tourco) and Kevin Vidal (in between his Come From Away performances) and Middle Raged!, a collaboration between comedy vets Geri Hall and Gary Pearson. In addition to Theatre Centre and Comedy Bar, the fest’s added a new east-end venue: the studio space at Crow’s Theatre, which will house four acts we’ve seen and can enthusiastically vouch for (Flo & Joan, The Lusty Mannequins, Generally Hospital and A Sketch Comedy Extravaganza Eleganza). Get a pass or ticket. Discover some acts. Laugh. Repeat.

March 6 to 17 at various venues 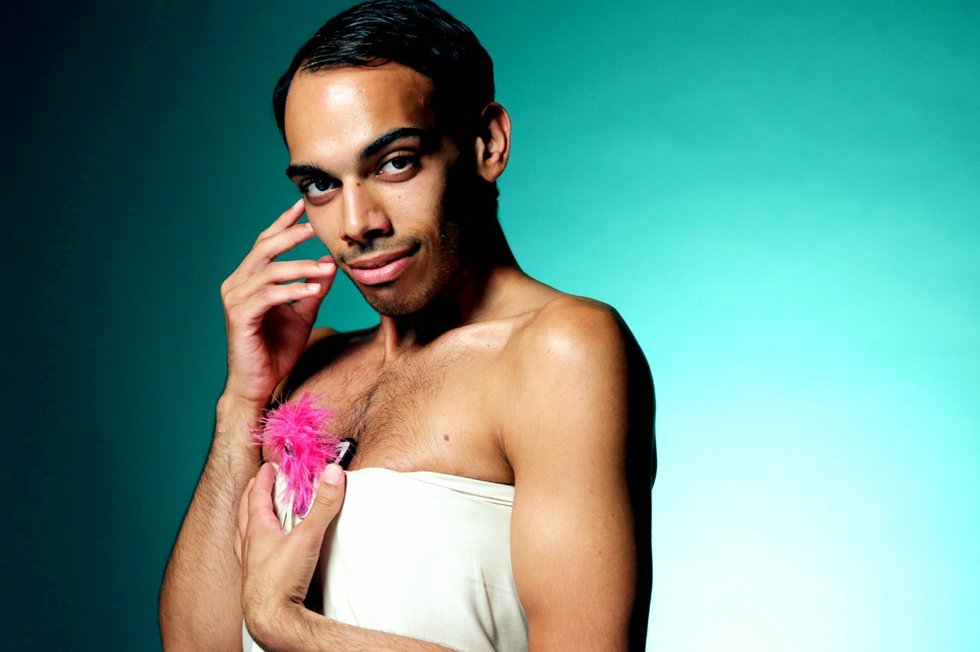 Augusto Bitter shows off his eponymous alter ego in Chicho.

Rising star Augusto Bitter‘s (Iphigenia And The Furies, Rope Running Out) solo show is based on his own experiences as a queer, Catholic man who emigrated from Venezuela to Canada. Workshopped at Aluna’s Caminos Festival, the Rhubarb Fest and Theatre Passe Muraille’s BUZZ series, the show deals with the issues like identity and the worsening socioeconomic crisis in Venezuela. (Some fundraising will take place during the run.)

Choreographer/director Crystal Pite and writer Jonathon Young follow up their massive international hit, Bettrofenheit, with another dance/theatre hybrid. This one is inspired by Nikolai Gogol’s farcical The Government Inspector, but don’t expect pure comedy. The word after the show’s premiere in Vancouver last month is that it plays with the tropes of farce and revises them (hence: the title). Anyone who’s seen Pite’s previous work, like Dark Matters, will know to expect some probing questions and haunting imagery.

March 7 to 16 at the Bluma Appel Theatre

Writer/actor Meegwun Fairbrother is best known for his TV work on shows like Mohawk Girls, Hemlock Grove and Burden Of Truth. But he’s been working on this solo stage show for several years, and now it’s receiving its world premiere. Isitwendam (An Understanding) is about a young man, Brendan, who’s half Ojibway and half white, who gets a new job with Aboriginal Affairs and learns about a troubled and unspoken part of Canada’s history. Directed and co-created by Jack Grinhaus, the show mixes western and Indigenous storytelling elements, including drumming, dance and song. Let’s hope the magnetic Fairbrother does more live theatre after this.

March 17 to 31 at the Aki Studio Theatre

Henrik Ibsen’s A Doll’s House features one the most memorable finales in all of theatre, when its central character, Nora, walks out on her husband and child. Lucas Hnath‘s Tony Award-winning play imagines what happens afterwards. A co-production with Royal Manitoba Theatre and Mirvish Productions, the comic drama – which examines marriage, equality and human rights – features a fine cast that includes Kate Hennig, Paul Essiembre, Bahareh Yaraghi and, as Nora, Deborah Hay. Not to be missed. 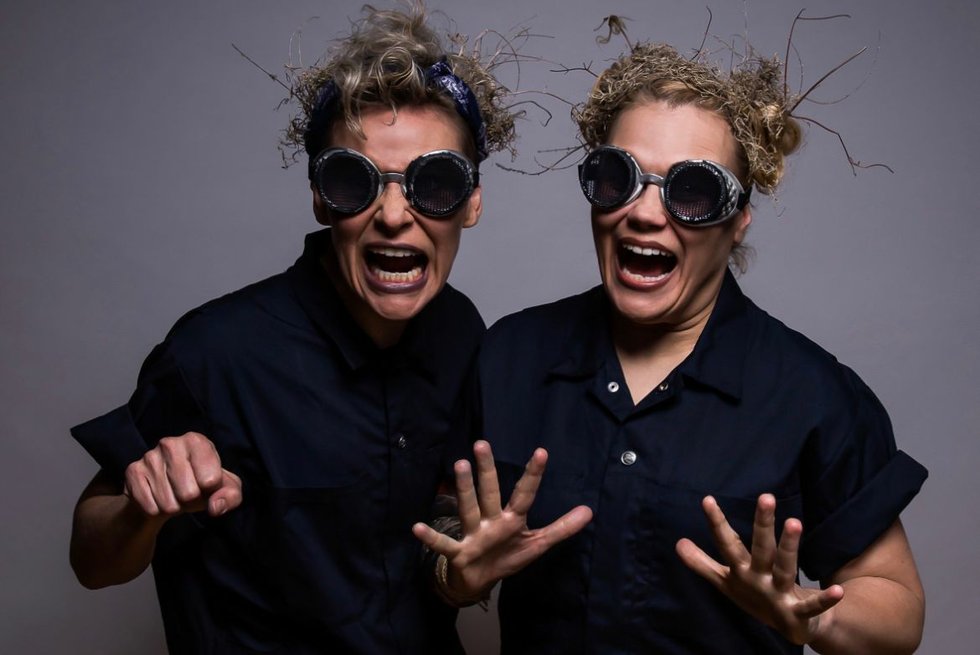 A Blow In The Face

More than a decade in the making, Lisa Ryder‘s exploration of postpartum depression comes from a personal place. It’s inspired by the time when, right after her hit sci-fi TV show Andromeda ended, she found herself married, living in the Vancouver suburbs and a brand-new mom. When her husband (whom theatre fans will know) left on a work trip, she was suddenly alone, dealing with a crying baby and unable to cope. Ryder, Tess Degenstein, Jordan Pettle and Selina Martin star in the show – which promises to be very theatrical – with Monica Dottor directing and choreographing. The production, a co-production with Nightwood Theatre, also marks the welcome return of Bald Ego Theatre, an indie company Ryder, Martin and others co-founded back in 1991.

March 26 to April 14 at the Theatre Centre 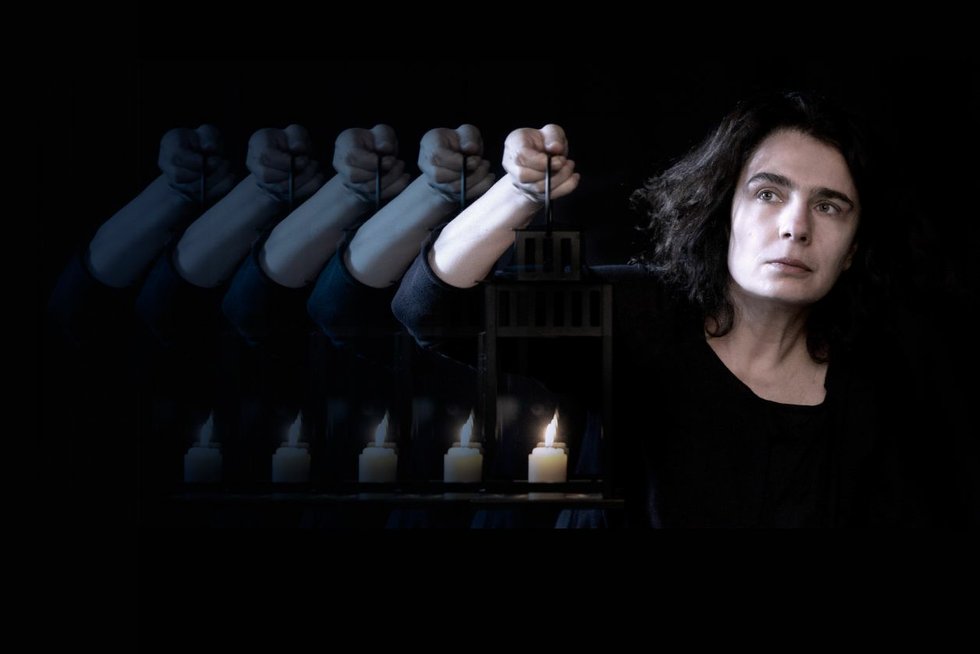 Soheil Parsa and Modern Times Stage Company are known for putting unique spins on classics like Shakespeare’s Macbeth and Hamlet, Ionesco’s The Chairs and Lorca’s Blood Wedding. Now Parsa is tackling Chekhov’s final play, which he helped adapt into a work called August 22nd more than two decades ago and is revisiting in a new production. In a director’s note, Parsa says the play encompasses many of the themes Modern Times plays have dealt with over the years, like “loneliness, the conflict between fate and free will, the mystery of existence, the inevitability of social transformation and the human suffering that comes with it.” The eclectic cast includes Tara Nicodemo, Cliff Saunders, Diana Tso, Oyin Oladejo, Aaron Willis and, as the play’s debt-ridden aristocratic family head, Arsinée Khanjian.

March 26 to April 13 at the Streetcar Crowsnest

Riley Sims creates rambunctious, clever and moody choreographies for groups with his company Social Growl. Their new full-length work benefits from the songwriting genius and gliding vocals of frequent collaborator Blunt Chunks, aka dancer, filmmaker, musician Caitlin Woelfle-O’Brien. Love, heartbreak, lust – it’s all up for surgical exploration by a cast of up-and-coming dance artists from Montreal, Kingston and Toronto (including Sims himself). You’ll likely catch glimpses of yourself and the people you love in what should be a sexy, sonically charged deep dive into what makes us all tick.

March 27 to 30 at The Citadel: Ross Centre for Dance

Over the last few years, comics like Maria Bamford, Chris Gethard, Hannah Gadsby and our own DeAnne Smith have been opening up onstage about anxiety, depression and mental illness. Now Gulman, the woefully underrated stand-up, brings his Great Depresh Tour to town. The performer was on NOW’s Top 10 comedy shows list several years ago, and if his set contains clear, painfully truthful and funny observations like the ones here, he will be again.

March 29 at the Great Hall