NOW MagazineCultureTheatreThe Aliens will get under your skin

The Aliens will get under your skin 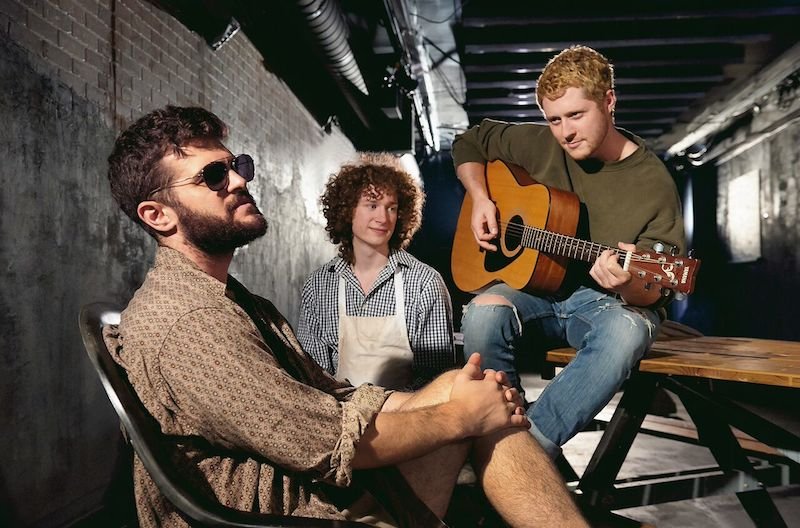 Man, you’ve got to love the inarticulate utterances of a certain kind of straight, white male in his 20s and early 30s. Perhaps he’s in a band, or reads Bukowski, or just broke up with a girl and doesn’t want to talk about it, dude. Attention must be paid to these sad souls.

That’s exactly what American playwright Annie Baker, who’s at the forefront of a new kind of realism in the theatre, does in The Aliens, the opening play in Coal Mine’s season.

KJ (William Greenblatt) and Jasper (Noah Reid) were once members of a band called the Aliens and now they’re hanging out in an alley behind a cafe in a small Vermont town. Through slyly subtle dialogue, some details about them are revealed: KJ dropped out of college, and Jasper, who didn’t finish high school, is writing a novel. KJ has a history of something: alcoholism? Mental illness? Jasper is quietly angry about an ex.

Interrupting their bro banter is Evan (Maxwell Haynes), a much younger, more naive guy who works at the cafe and has the unfortunate task of asking them to vacate the property. They don’t, and slowly, gradually, Evan is drawn into their orbit.

Baker’s writing – she also penned the superb John, which made virtually every local best theatre list last year – doesn’t grab you by the collar. It takes its time, pauses, looks around and then suddenly reveals something that will make you gulp.

Mitchell Cushman’s direction is quiet and atmospheric. Anahita Dehbonehie’s set consists of a few ratty chairs and a long narrow table. A raised window through which a woman (the stage manager?) can be seen occasionally drinking coffee is never explained but adds to the mystery.

The performances feel lived-in and make you lean in to grasp more. Be patient. Something happens offstage that shouldn’t be spoiled, but it affects everyone. When one person is gone you can feel his absence. You may even, as I did, replay earlier scenes in your mind to make sense of what comes later.

This production is so subtle that you may not even feel the work’s full effects until later. I walked out of the show thinking, “Well, this was an early play, and it shows Baker trying out things she’d perfect later.”

It was only after a couple of days that its sad truths began to bubble up into my mind.

The Aliens provides no definitive answers, but, wow, does it offer up lots of essential questions.