The best Toronto stage shows to see in June 2019

Recently returned to North America after decades in Germany, superstar choreographer William Forsythe is revered for the brainy and blazing. 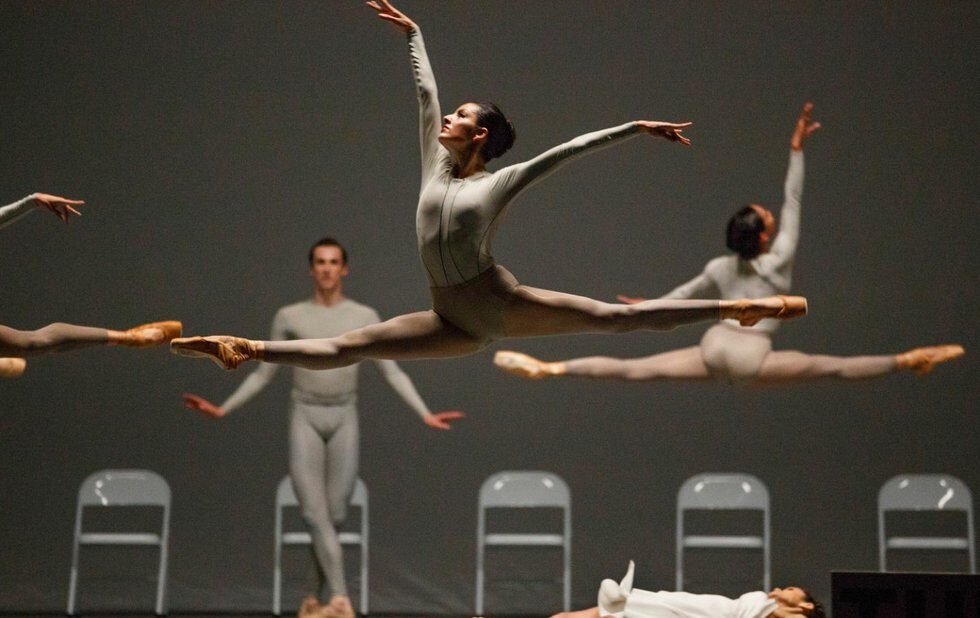 Recently returned to North America after decades in Germany, superstar choreographer William Forsythe is revered for the brainy and blazing fast physicality of his work, which melds classical vocabulary with recombinant performance values. The National Ballet of Canada welcomes him back to Toronto (he made The Second Detail on NBoC dancers back in 1991) with a mixed program that should have old and new fans (and performers) jumping for joy. Collectively, The Vertiginous Thrill of Exactitude, Approximate Sonata and The Second Detail celebrate the well-deserved renaissance of one of ballets best innovators.

Soulpepper showcases the power of the piano in this cabaret show celebrating the instrument through the music of everyone from Beethoven and Chopin to Ray Charles and Billy Joel. Music director Mike Ross heads up an eclectic cast that includes host/writer Tom Allen and performers Divine Brown, Morgan Doctor, Thompson Egbo-Egbo and others.

To June 21 at the Young Centre for the Performing Arts

A new work by master puppeteer Ronnie Burkett is a cause for celebration. The genius behind unforgettable shows like Tinka’s New Dress, Street Of Blood and Old Friends debuts this full-length work set in a world where the written word has been forbidden and there’s an underground where hand-drawn love letters are passed around. A parable for our times? Find out during this exclusive Luminato run.

To June 23 at the Joey and Toby Tanenbaum Opera Centre

New York-based Canadian choreographer Noemie Lafrance creates large-scale site-specific works in surprising locations around the world. To celebrate the Bentways reclaimed public space under the Gardiner, she has assembled a cast of 60 dancers, both professional and not. Working with local light, choreographer/filmmaker Ayelen Liberona and New York musician and sound designer Anais Maviel, Lafrance has devised a framework within which audience and performers experience the surrounding architecture together. This free event is an exercise in collective navigation.

June 7 and 8 at The Bentway

What better way to kick off Pride month than by watching Esposito, whose fresh and clever stand-up and podcasts deal amusingly with issues surrounding the LGBTQ community. She’s always been fiercely personal in her work, whether it’s in her now-cancelled semi-autobiographical TV series, Take My Wife, which she co-wrote and starred in with her own spouse, Rhea Butcher, or her groundbreaking 2018 show, Rape Jokes. Also? Amazing hair.

Susanna Fournier isn’t afraid of the epic. Her ambitious Empire Trilogy, which began with The Philosopher’s Wife and continued with The Scavenger’s Daughter, concludes this month with this Luminato premiere. It’s about a 279-year-old madam who’s survived centuries of war and is now looking after four orphaned girls in a quarantined zone during a plague. The stellar cast includes Yolanda Bonnell, Virgilia Griffith, Chala Hunter, Claudia Moore and Bea Pizano. Along with an intriguing text and movement (choreography is by Amanda Acorn), the show will also feature a striking design, one of the elements that has tied together both previous installments.

Although it took a break for several years, Maggie Cassella‘s queer comedy festival is an institution, and was instrumental in helping LGBTQ+ comics hit the mainstream. This year’s edition features a “Gayla Gala” variety show featuring acts like Colin Mochrie & Deb McGrath, Tamara Podemski, Carolyn Taylor, Brandon Ash-Mohammed, Selena Vyle and Ali Hassan. Highlights include a staged reading of Jonathan Wilson‘s gay play Kilt, on its 20th anniversary, as well as a talk show with Cassella, Scott Thompson and Kate Rigg. The fest also marks the return of Ian Harvie, one of the first out trans comics, and Karen Williams, the first openly lesbian Black comic.

June 12 to 15 at the Tarragon Theatre