The best Toronto stage shows to see in November 2019

From an opera based on a classic rock album to a site-specific production of Shakespeare's best-loved comedy, here, in chronological order, are some of the month's buzziest shows 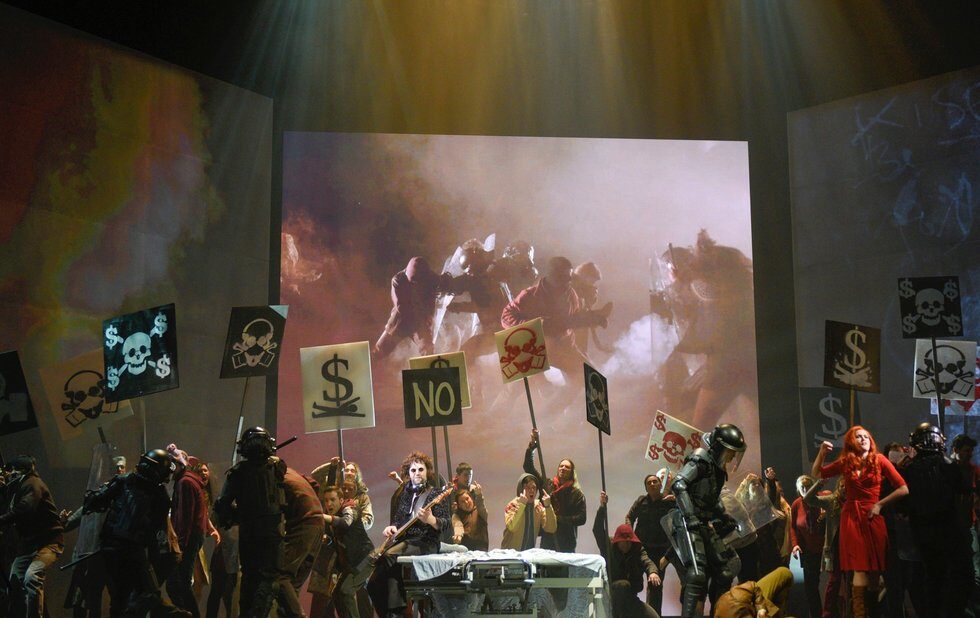 Not known to shy away from working with giants of the classical music canon (last year they took on Mozart’s The Marriage Of Figaro), ProArteDanza celebrates its 15th season with a new full-length work to Beethoven’s iconic Ninth Symphony. Co-created and choreographed by Roberto Campanella and Robert Glumbek, the 9th! is suitably enough an ode to freedom and pays homage to the fall of the Berlin Wall 30 years ago.  The production is driven by the urgency of Beethoven’s vocal chorus and staging treats such as Sheridan Screen Industries Research and Training Centre director David Dexter’s projections, but it’s likely the physical fireworks of the powerful company dancers that ProArte’s faithful audiences are most looking forward to.

November 6 to 9 at Fleck Dance Theatre

Jason Sherman was one of the most prolific Toronto playwrights of the 1990s, writing acclaimed works like Three In The Back, Two In The Head, Reading Hebron, Patience and It’s All True. But he’s spent most of the past decade writing for TV and radio. Now he’s likely drawing on that latter experience in this behind-the-scenes look at network TV, in which writers on a fictional cop show find themselves dealing with actual race-related violence and the police.

November 6 to December 8 at the Tarragon Mainspace 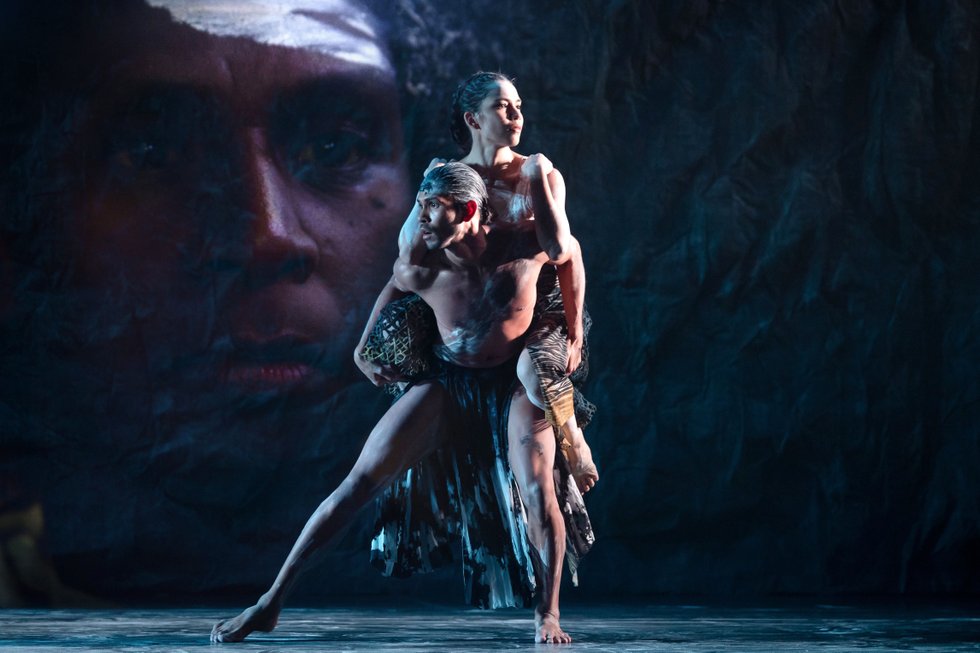 Much admired guardians of ancient indigenous values that find expression in contemporary theatrical experiences, Bangarra Dance Theatre from Australia are finally coming to Toronto. Currently on their first extended tour of Canada, they bring Spirit, a collage of material re-worked by choreographer and artistic director Stephen Page sourcing 30 years of repertoire. With an international reputation for exquisite visuals and great dance technique, Bangarra’s visit is long overdue in a country that shares a painful history of colonialism and suppression of Indigenous cultures. It gives this tour, and Spirit (which played to rapturous reviews in Vancouver last week), extra special meaning.

November 8 to 9 at the Bluma Appel Theatre

The Australian arts and culture scene is one of the world’s most vibrant. Toronto has a lucky weekend as another Aussie stalwart, Melbourne-based Lucy Guerin, brings the intimate and intense duet Split to Harbourfront’s international Torque series. Split plays with the suspense of shrinking time and space, using escalating restrictions on the performance space and a menacing score by the UK electronic composer and sound artist Scanner to ramp up the tension. One performer is clothed, the other fully naked in Guerin’s detailed exploration of fragmented identity.

November 8 to 9 at Harbourfront Centre Theatre

Earlier this week, Shakespeare BASH’d won the NOW Readers’ Choice best site-specific theatre company award for the second year in a row. So if you don’t know what they’re about, come check out their staging of the Bard’s most-performed comedy in their usual venue, the Monarch Tavern. Expect lots of young talent, some imaginative staging choices by directors James Wallis and Catherine Rainville and a real sense of intimacy. Plus, you can order a pint or two to enjoy the ride.

November 12 to 17 at the Monarch Tavern 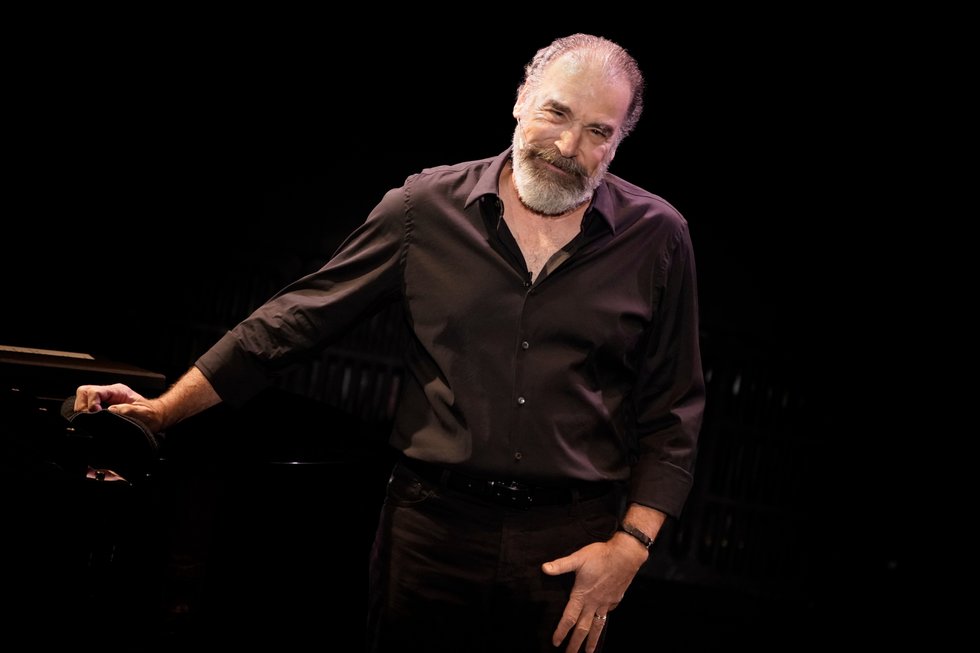 Patinkin is well known as a TV and film actor (Homeland, Criminal Minds, Chicago Hope and, of course, The Princess Bride), but he’s also one helluva musical theatre performer. In fact, seeing him in concert should be on everyone’s bucket list. In this show, he and pianist Adam Ben-David combine Broadway show tunes and American classics into one unforgettable, passionate and gloriously schmaltzy experience.

November 12 to 14 at the Ed Mirvish Theatre

Another Brick In The Wall: The Opera

Pink Floyd‘s 1979 album The Wall is considered one of the classic rock albums of all time, and now, four decades after its release, it’s becoming… an opera! Roger Waters‘s lyrics are combined with a new score by Montreal’s Julien Bilodeau to create something that ought to satisfy both opera lovers and rock fans. Dominic Champagne, who’s helmed some of Cirque du Soleil’s most memorable shows (LOVE, Varekai, Zumanity), directs. While we can’t speak to the quality of the show, which premiered in Montreal, the scale of the production is staggering.

November 13 to 23 at Meridian Hall (formerly the Sony Centre)

Every Day She Rose

Nick Green and Andrea Scott are two of the most exciting voices in Canadian theatre. Green won a Dora for best new play in 2017 for Body Politic and had a big hit at this year’s Next Stage fest with Dinner With The Duchess, while former NOW cover subject Scott has wowed SummerWorks with prize-winning productions like Better Angels: A Parable and Eating Pomegrantes Naked. Now they’ve co-written a play about friendship and identity politics, set during the 2016 Toronto Pride parade. The Nightwood production should provide a smart and funny look at privilege and marginalization.

November 23 to December 8 at Buddies in Bad Times Theatre

Between Riverside And Crazy

Stephen Adly Guirgis‘s The Motherfucker With The Hat put Coal Mine Theatre on the Toronto theatre map, winning a raft of awards for the indie company and proving there was an appetite for gritty indie theatre in the city’s east end. So it’s fitting that the company returns to the playwright’s work for their latest show. The Pulitzer Prize-winning play, directed by Kelli Fox, looks at a retired police officer who’s facing eviction from his rent-controlled apartment. The cast includes Claire Armstrong, Allegra Fulton, Nabil Rajo and Motherfucker’s Sergio Di Zio.

November 24 to December 22 at the Coal Mine Theatre

Crow’s Theatre scored a big hit in 2017 with True Crime, co-written by and starring Torquil Campbell, better known as a member of the indie rock sensation Stars. It must have been a great experience. Now the entire band is getting together for this stage show, part rockumentary, part fantasy and all concert, which should please the 20-year-old band’s long-time fans and make some new ones.

November 26 to December 15 at Crow’s Theatre