NOW MagazineCultureTheatreThe Book Of Life is a strangely sedate show about horror, shame and trauma

The Book Of Life is a strangely sedate show about horror, shame and trauma 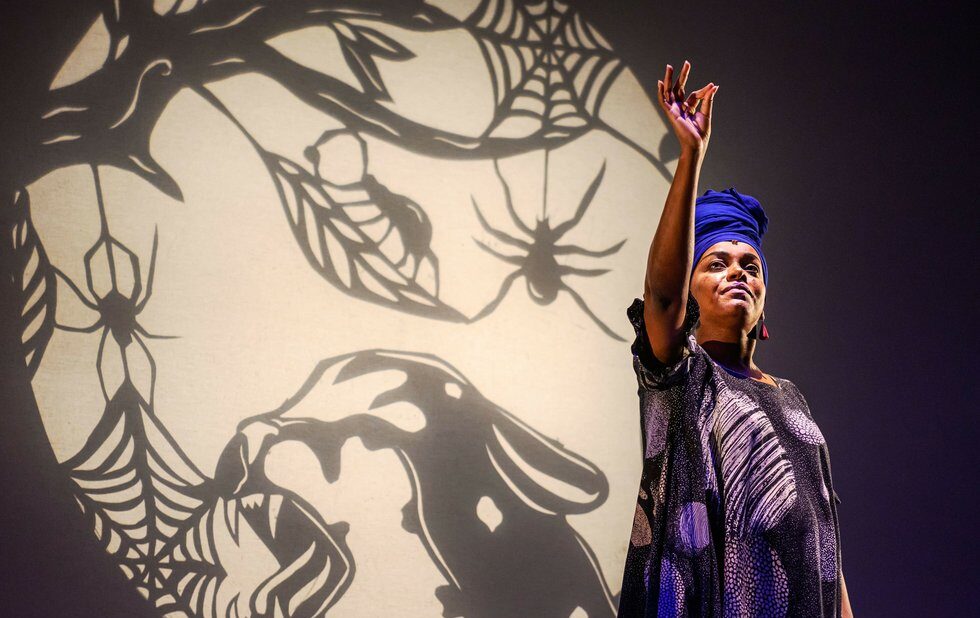 How does one speak of atrocity and suffering? Does the challenge of speaking change depend on whether one is victim or perpetrator? Does meaningful change lie in the heralding of facts or feelings?

These are some of the questions addressed by charismatic writer, performer and co-creator Odile Gakire Katese in The Book Of Life, a work concerning the aftermath of Rwanda’s 1994 genocide that combines testimony, essay, fable, music, drawing and projections. It is a beguilingly sedate, even soothing, theatrical event about horror, shame and trauma.

A Volcano Theatre production in association with Why Not Theatre and the Woman Cultural Centre, Rwanda, presented by Canadian Stage, the show is grounded in declarations that are sometimes strikingly counterintuitive – “The truth can kill you,” Katese tells us – and sometimes so straightforward in its pearls of wisdom as to be platitudes.

With her radiant smile and clear, evenly paced cadence, it is easy to understand how Katese has found success in her various roles of artist, activist and ice cream parlour proprietor. If she claimed to also be a kindergarten teacher or couples therapist, no one would be the wiser. As she reads from the writings she’s solicited from Rwandan survivors, her voice renders every confession an expression of graceful candour.

Under the direction of co-creator Ross Manson, the production infuses the Berkeley Street Theatre with a warm, welcoming ambiance, eschewing the fourth wall and favouring gentle lighting transitions, while the galvanizing sounds of Ingoma Nshya, the Women Drummers of Rwanda, intermittently flow from the speakers and endearingly handmade images, manipulated live by co-designer Kristine White on an unseen overhead projector, bloom with old-fashioned shadow-play magic upon a canvas-like backdrop.

I left The Book of Life feeling as though I had stepped out of a sauna – one built atop a mass grave. A pall of barbarity looms over this event where audience members are asked to spontaneously create small artworks out of fond remembrances.

The infernal events at the heart of this piece feel very far from this comfortable Toronto theatre in both space and time. The performance generates a peculiar dissonance that will hopefully fuel conversation.