NOW MagazineCultureTheatreIf The Chance was a Netflix series, it would be binge-worthy

If The Chance was a Netflix series, it would be binge-worthy 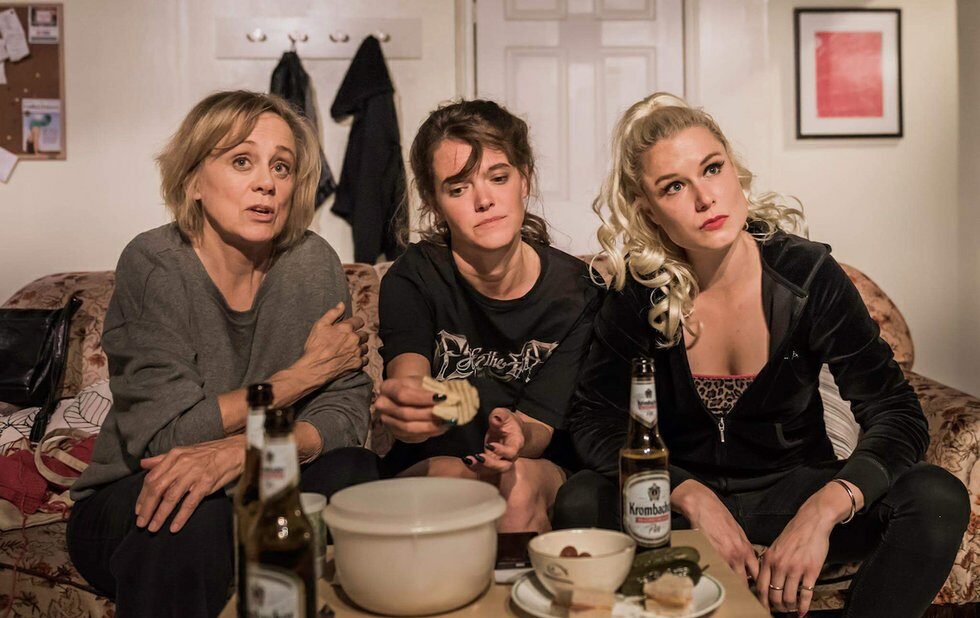 What would you do if you stumbled upon a lost cheque made out to cash that could change your life? Many of us would do the honest thing and return it. But that’s not how things go down in a George F. Walker play.

In the Canadian playwright’s latest dark comedy, Marcie (Fiona Reid), a down-on-her-luck middle-aged Walmart worker facing eviction, finds just such a cheque. But instead of returning it, she hatches a plan along with her stripper daughter, Jo (Claire Burns), and her best friend, Amie (Anne van Leeuwen), to keep the cash and make a fresh start. This means out-smart harassing debt collectors, violent loan sharks and a shady strip club owner hell-bent on recovering the funds.

Reid is fantastic as Marcie, scoring big laughs with perfectly placed deadpan one-liners drenched in sarcasm, but also inspiring as a sort of hardscrabble folk hero of our economic moment. In the play, we learn that Marcie has been depressed for a year since the death of her partner, resulting in unfair treatment at work and a pile of past due notices. Reid’s performance of Marcie’s transformation from downtrodden overwhelmed debtor to bold leader of the risky scheme is spot-on.

Another highlight is the dynamic between the three actors. Burns plays Jo’s resistance of her mother’s plan with wide-eyed intensity, while van Leeuwen’s Amie casually buys into the promise of a new life and plays the role of enabler. Conflict is the source of much of the humour here, but the group is also great when circumstances require they work together performing on-the-fly negotiations, detective work and counter-surveillance operations.

Timely, amusing and extremely watchable, The Chance is a sure bet for hardcore Walker fans and newcomers alike. If this was a series on Netflix, it would be binge-worthy.