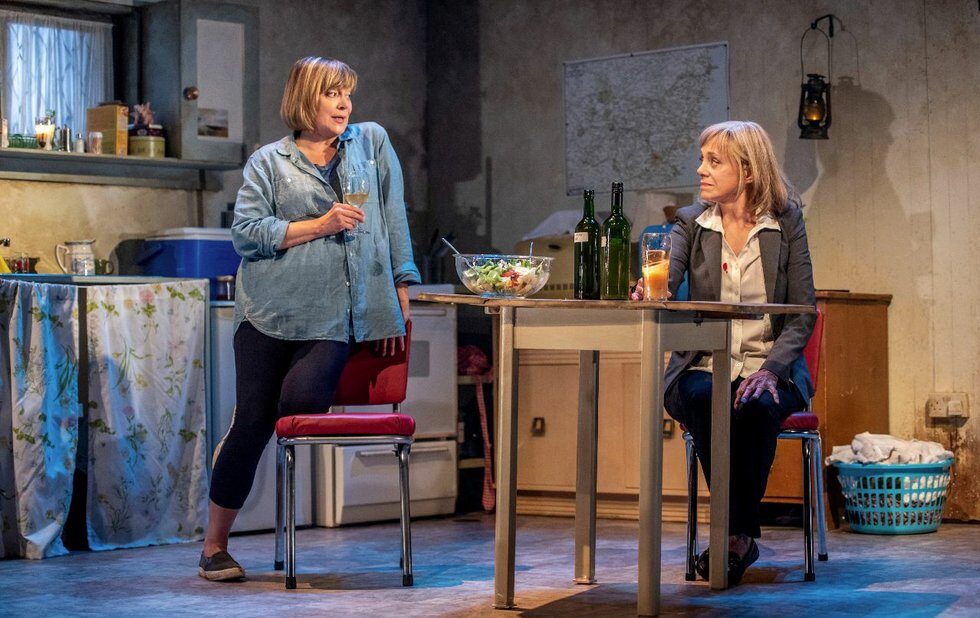 Theres nothing better than watching the best actors strut their stuff. Actually, there is: wonderful actors performing in a superb play.

Lucy Kirkwoods The Children takes place at a cottage in England, near a nuclear power plant where there has been a catastrophic accident complicated by a tsunami echoes of the 2011 disaster in Japan. Physicist Rose (Fiona Reid) is making a surprise visit to her former colleagues Hazel (Laurie Paton) and her husband Robin (Geordie Johnson), with whom she consulted on the plants construction decades ago. As the action unfolds, the true nature of the relationships become crystallized, the extent of the environmental disaster emerges and Rose makes a stunning proposal to the couple.

As Rose, Reid captures the many layers behind her motivations, appearing chatty at first but growing less trustworthy as the play unfolds. Both she and Paton excel at expressing one thing verbally while obviously feeling something else. Johnson plays the strangely benign Robin with a poignant longing for all thats lost. Theyre expertly directed by Eda Holmes, who keeps the three circling each other on Eo Sharps cozy set.

But the plays the thing here. In Kirkwoods exquisite script, expertly constructed even with a small dip in the last third what looks essential suddenly diminishes into something relatively unimportant. Theres a whiff of sexual tension between Rose and Robin, a teaser that plays out but not the way youd think. And, in the face of planetary devastation, does sex even matter?

The dialogue offers details gradually, and there are casual references to illness related to the power plant, the full force of which is revealed in spectacularly dramatic style. And just when you think you cant bear the strain, Kirkwood injects a sequence where the trio dances to a disco oldie Reid and Paton letting it all hang out easing the tension.

In the end, Rose explains the true motivation for her visit which, in turn, explains the plays title and this chilling eco-thriller becomes a meditation on the choices we are making about the planet, how we face our mortality and what it means when youre assumed to have had a full and rich life at age 65.

An essential piece of theatre.