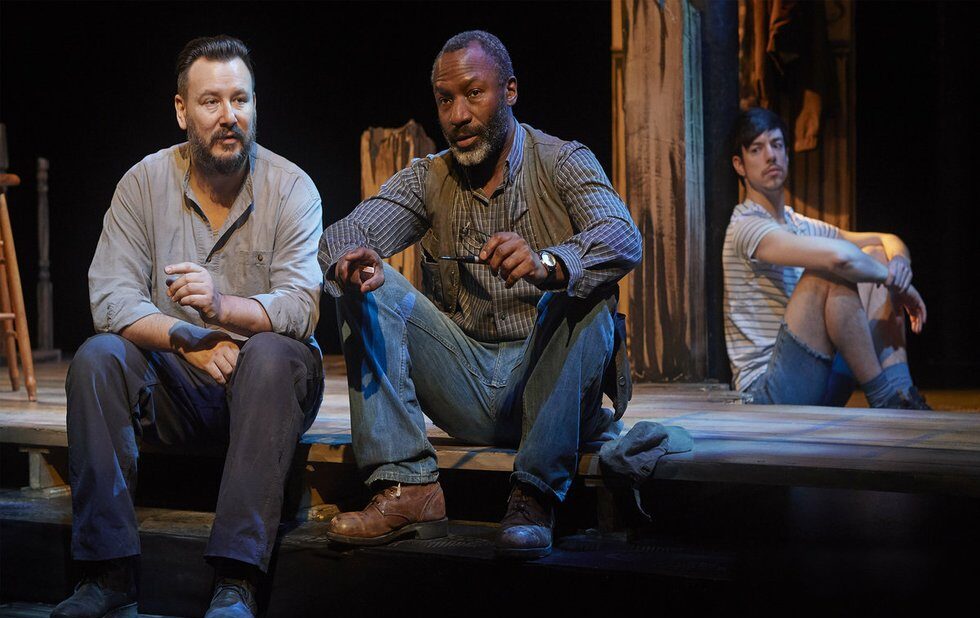 Its fitting that Michael Healeys The Drawer Boy be remounted as part of Theatre Passe Murailles 50th anniversary season. Since premiering in 1999, its become a classic, and it draws on 1972s collective creation The Farm Show, another seminal work in the companys history.

When Toronto actor Miles (Graham Conway) visits farmers Angus (Craig Lauzon) and Morgan (Andrew Moodie) to collect stories for a Farm Show-like play, his questions and the dramatic use he makes of the mens stories cause Angus, who was wounded in World War 2, to start getting his memory back. This in turn causes a rift between the two friends, who have lived in co-dependent comfort for 30 years.

Equal parts comedy and drama, with a little bit of Oliver Sacks case-study thrown in (Angus has lost his memory but has an astounding aptitude for numbers), Healeys play remains a highly effective piece of theatre.

The affectionate digs at arty urban types who think they can get back-to-the-earth never gets old nor does the dialogue pitting wise, no-bull farmer Morgan against naive city type Miles.

And theres an intriguing and timely theme about Miless appropriation of the mens stories, something that Lee Aquino has emphasized in the productions casting.

In the program notes, assistant director Cole Alvis points out that Conway is queer and white, Lauzon is Ojibway and Moodie is West Indian-Canadian and that their casting will make the play accessible to Indigenous and culturally diverse audiences.

This is important, obviously, but I wish more sensitivity and care had been taken directing the actors.

Conway fails to evoke the charming naivete of the plays original Miles (Tom Barnett), and at times he seems merely dim and petulant. And Moodie is so understated in his approach to Morgan that the character appears unconcerned about everything. He also mumbles so much that hes often incomprehensible.

Its Lauzon, built as solidly as the cow his name suggests, who finds new meaning in Angus, especially at the plays turning point when his character seems to have woken up. He suggests both the young man who was lost and the older man hes become, and believably communicates anger, pain and confusion.

Joanna Yus set opts not for the typical naturalism of many productions, but rather employs a backdrop that evinces the chaos of war through abstract imagery.

Its another choice that is bold but doesnt always work in this uneven production of a great play.