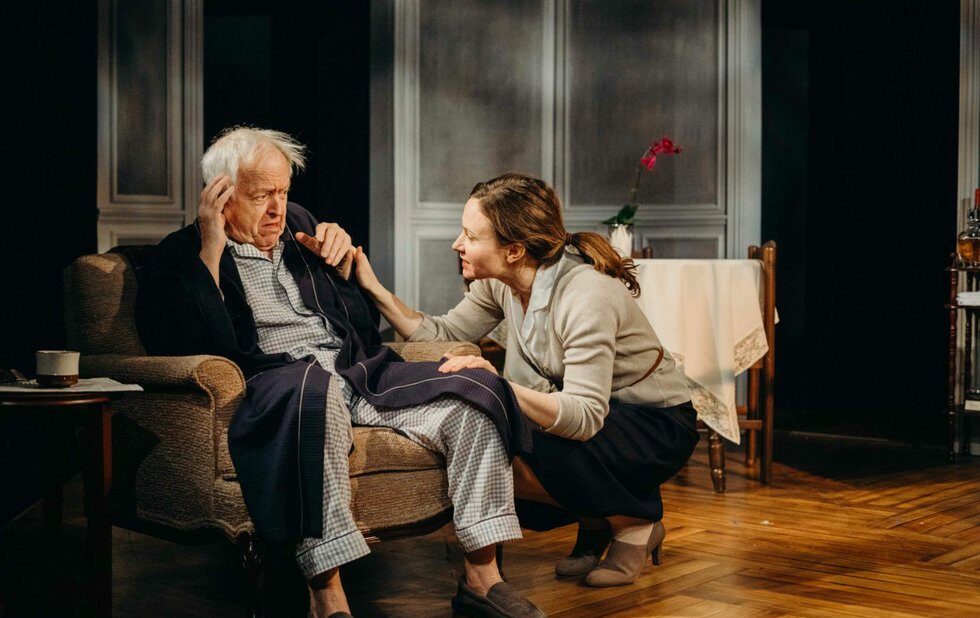 Its hard to write about Florian Zellers The Father without giving too much away. I can say its an absorbing and moving play that effectively evokes the disorientation, confusion and fear of people living with dementia.

Andre (Eric Peterson) is an elderly Parisian man with a middle-aged daughter, Anne (Trish Fagan). He’s dissatisfied with many of his caregivers at the start of the play hes just made another one quit, accusing her of theft and Anne doesnt know what to do.

Zellers script has been lauded internationally, mostly because the eponymous role is so rich. Peterson, a last-minute replacement in this Coal Mine Theatre production for an ailing Nicholas Campbell, has a marvellous time exploring all the complexities of the man, from his obsessions he always wants to know where his wristwatch is to his sorrows (the biggest involving a family member) to his playful imagination.

Theres a scene in which Andre flirts with a new nurse, Laura (Oyin Oladejo), and Peterson charms her (and us) with his twinkling eyes, light-footed grace and sense of humour.

There are other scenes, particularly near the end, when Andres feelings of helplessness and fear make him wail with a childlike anguish that will reduce you to tears.

Sure, the central characters are all comfortable enough economically to afford decent care. But anyone whos dealt with the issue of aging parents will empathize. Theyll also understand Fagans at-first stoic and then frustrated attempts to do the right thing for her father. How gratifying to see Fagan one of the brave women who accused Soulpepper and Albert Schultz of abuse last year before settling out of court onstage again shes as focused and as engaging as ever.

The excellent supporting cast which also includes Beau Dixon, Michelle Monteith and Paul Fauteux help keep us on our toes as we piece together the crumbling fragments of one mans life.

Expect a Dora nomination and probably a win for Peterson.