The Jungle is a powerful political parable set in Toronto 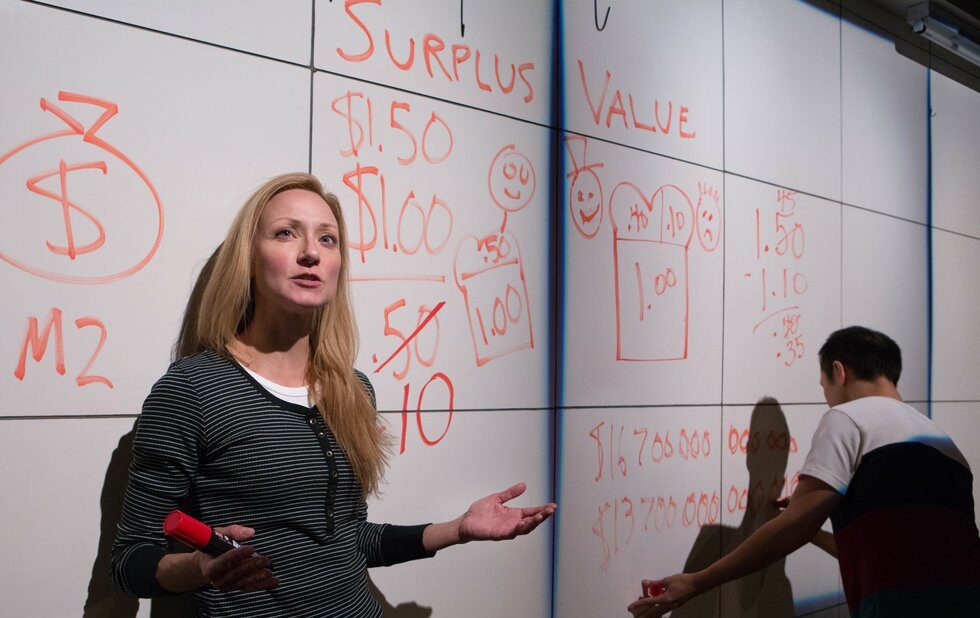 In Anthony MacMahon and Thomas McKechnies powerful political parable The Jungle, two overworked, underpaid Torontonians find love, but capitalism wears them down and makes it nearly impossible for them to thrive or even spend much time together.

One night, taxi driver Jack (Matthew Gin), the son of Chinese immigrants, drives his fare Veronyka (Shannon Currie), whos from Moldova, from her factory job in the suburbs to her second job as a waiter at a downtown restaurant.

Jack offers Veronyka a continuing discount on her fare, and the two hit it off, eventually deciding to get married, mostly to help Veronyka become a Canadian citizen. But the wedding brings added expenses, and while the two have dreams Jack wants to go back and complete university, Veronyka wants to own a butcher shop they have to keep putting them off simply to get by.

Interspersed with their lively depiction of Jack and Veronykas story, the two actors also deliver a lecture, complete with diagrams and equations, about the economics of late-stage capitalism, outlining the ever-widening gap between the rich and the poor. These lectures illustrate things that are relevant to the couples tale, such as when Jack decides to sell his dads taxi licence to drive an Uber. Jacks interest in politics leads to an illustration of how big business helps elect politicians to essentially keep the one percent on top.

Director Guillermo Verdecchia moves the action along efficiently on Shannon Lea Doyles set, tracking the couple throughout the city, from a Markham hospital to a Chinatown East election speech to a Kensington Market bar.

The two actors never falter in their difficult parts some sections, such as a dinner scene in which the married couple and their parents eat, drink and argue, are bravura set pieces.

Currie, while excellent as Veronyka (her accent is especially convincing), also disappears into the part of a tough-as-nails campaign manager. And Gins genial Jack gradually gets more and more believably worried as his world starts collapsing around him.

While a few things in the script could be finessed the two central characters seem to fall in love awfully quickly the plays message is urgent and timely, especially in an election year.

The Jungle was inspired by Upton Sinclairs eye-opening 1906 novel about Chicagos exploitative meat-packing industry. Then, as now, the greed of a few can make life a literal jungle for the rest of us.