NowMagazineCultureTheatreThe Light In The Piazza

The Light In The Piazza

THE LIGHT IN THE PIAZZA book by Craig Lucas, music and lyrics by Adam Guettel, directed by Robert McQueen (Acting. 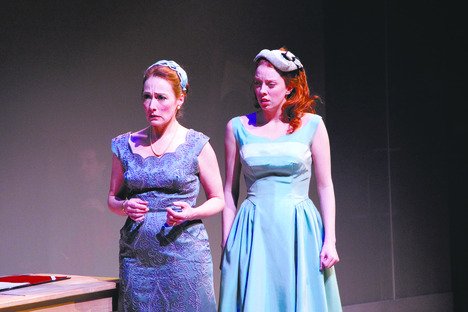 You won’t find a more perfect Valentine’s Day show than The Light In The Piazza, a love story packed with heart and seductive melodies.

Margaret’s upset by the development, for though 26-year-old Clara is physically mature, a childhood accident has arrested her mental development. Explaining this to Fabrizio and his family proves challenging.

Craig Lucas’s script captures both the freshness of the young lovers and the difficulties facing Margaret. Adam Guettel’s English and Italian songs, while not always memorable, are warm without being cloying or sentimental.

The first act’s narrative could move along more briskly, but that’s a writing problem rather than Robert McQueen’s direction. The tighter second act is a treat.

French conveys both the girl and the woman in Clara, while Lillico finds the boyish, playful, sometimes wounded side of Fabrizio. The two seem to fall in love anew each time they meet.

Jamieson has the show’s hardest role, balancing the happiness Margaret wants for her daughter and the worry that weighs on her each time Clara steps away from her care. Her gradual acceptance of Clara’s independence, mixing warmth and sadness, rings absolutely true.