The Little Prince: Reimagined is a charming modern retelling of famous story 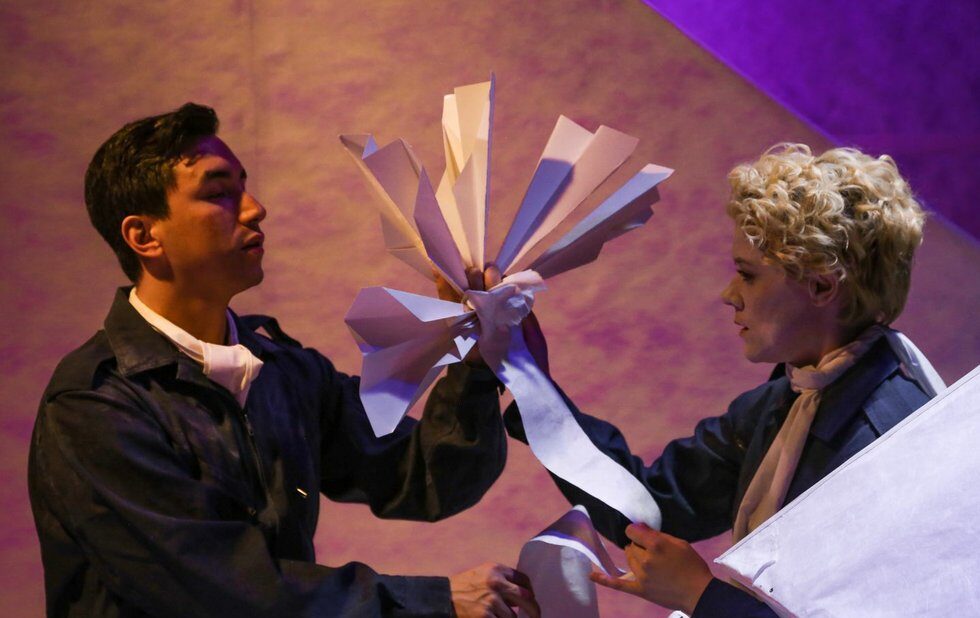 As spring begins to bloom in Toronto, a rose blooms onstage in The Little Prince: Reimagined. This modernized retelling of the famous story by the newly formed Puzzle Piece theatre company artfully renders not just the rose, but also the fox, the snake and most of the other characters and creatures from Antoine de Saint-Exuperys venerable childrens book.

In case you need a refresher (and you might if youre an adult because, as the Little Prince says, grown-ups are weird) here it is: a pilot (Richard Lam) who crashes his plane in the desert encounters The Little Prince (Kira Hall). At first the little fellow from another planet tremendously annoys the pilot, but as they spend more time together and share ideas, their friendship grows into love.

The story, first published in 1943, still conveys plenty of lessons, but Lam (who also penned this adaptation) modernizes the original by adding humour, updating references (Siri and Facebook in space!) and leaving the moralizing behind in the previous century. The script never panders to young audience members. This stage version also includes a very entertaining opening scene that establishes the aviation theme and fully engages the audience.

Hall is wonderful as the prince, wide-eyed and full of childish impatience. As the pilot, Lam starts off a bit wooden, but he quickly softens as the two interact. Lam also plays other characters the prince encounters on his travels. The introduction of puppetry adds depth, and the performers work collaboratively to make it magical. The puppets (designed and built by Hall) appear to be simple enough constructed mostly with paper and using light and shadows but it takes immense skill to create and sustain this charming world.

All parts of the company join forces to make the production work so well. Anahita Dehbonehies stage design is understated yet highly functional, and the pilots airplane is especially adorable. Wes Babcocks lighting evokes the mood and colours from the book mostly a cool wash accentuated by vivid pops of colour. The use of flashlights adds to the wonder. Jon Lachlan Stewarts sound design, together with Lams musical compositions, further enhances the ambiance.

Stewart also directs, and while he ensures all these elements work seamlessly together, sightline issues impede the view in some scenes staged low to the floor.

Parents should note that the story includes some mature themes (e.g. death), so if you have inquisitive young ones, expect some questions. But dont let that keep you from attending Puzzle Pieces enchanting debut.