The Making Of St. Jerome

With its hip-hop soundtrack and young cast, St. Jerome could easily look like a staged music video 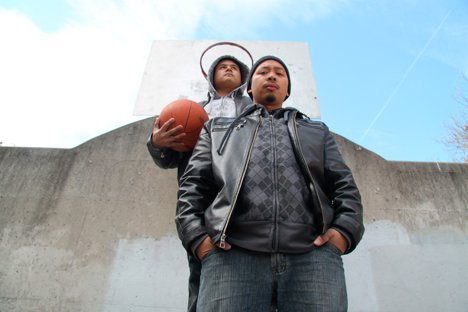 Unanswered questions persist since the 2004 police slaying of local Filipino teen Jeffrey Reodica, and playwright Marie Beath Badian’s play explores the emotional damage to his family and friends in the aftermath.

Although the dialogue is at times repetitive and the script includes disorienting flashbacks, director Nina Lee Aquino creates an energetic and visually compelling production. With its hip-hop soundtrack and young cast, the play could easily look like a staged music video, but on Jackie Chau’s amazing multi-purpose set made from rattling metal mesh, Aquino uses Aaron Kelly’s lighting design, Romeo Candido’s kick-ass sound, and the cast’s vocal talents to keep it highly theatrical.[rssbreak]