The Monument makes a powerful statement about truth and reconciliation 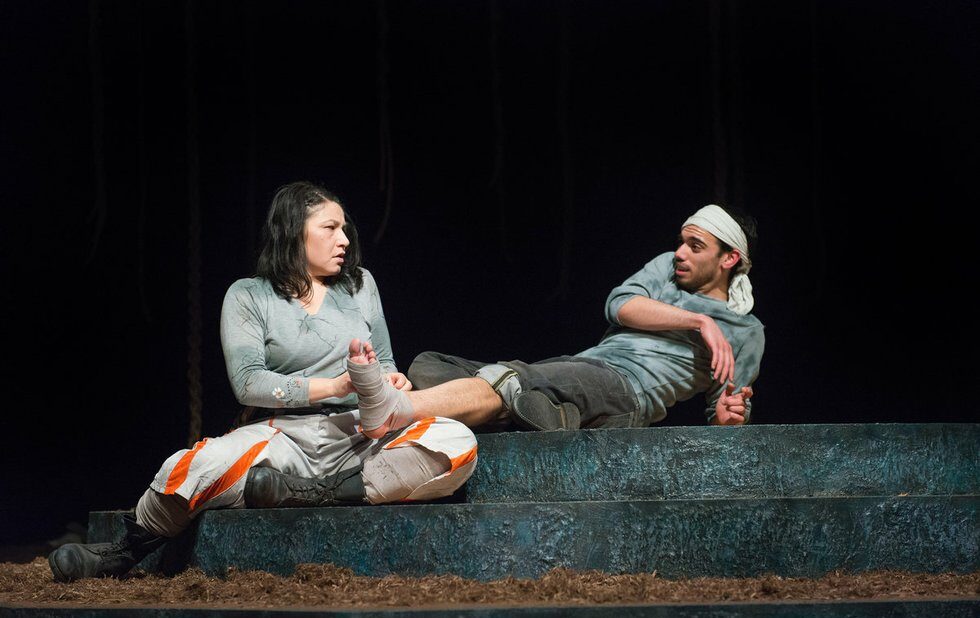 Since it debuted here, rather inauspiciously in 1995, Colleen Wagners The Monument has received productions everywhere from China and Australia to Rwanda, Japan and Romania.

Clearly, its message about rape, war and the need to find and honour the dead and missing speaks to something universal. The Factorys urgent remount sheds light on the issue of the more than 1,000 missing and murdered Indigenous women in Canada. And while the play still has its flaws, this production packs a punch.

In an unnamed country roiling from an unspecified conflict, young gang member Stetko (Augusto Bitter), whos about to be executed for raping and killing 23 women, receives an unusual offer by a woman named Mejra (Tamara Podemski): she will save his life if he agrees to obey her every wish.

What follows over the next 80 minutes is simultaneously an exercise in revenge clearly Mejra has an agenda and pity, as we see Stetko, himself a product of a brutal society with its culture of toxic masculinity, reduced to being a slave.

Director Jani Lauzons production has a mythic grandeur thats enhanced by Elahe Marjovis set, dominated by a rock platform and a forest of hanging ropes.

She gets strong performances by the two actors, although because their characters speak in generalities their plight never gets too specific. And one scene involving a rock should have just been left to our imaginations.

Bitter, whose background as a queer man of Venezuelan-Canadian descent adds layers of nuance to his presence, is especially good in the plays opening monologue and Podemski, whos of Ojibway and Israeli heritage, suggests a lifetime of grief, pain and survival. When, in a moment of recognition, Mejra cries out, its both harrowing and healing.

It helps to know something about Jaime Blacks REDress project, which gets referenced liberally in the production and is a powerful symbol to provoke thought about truth and reconciliation.