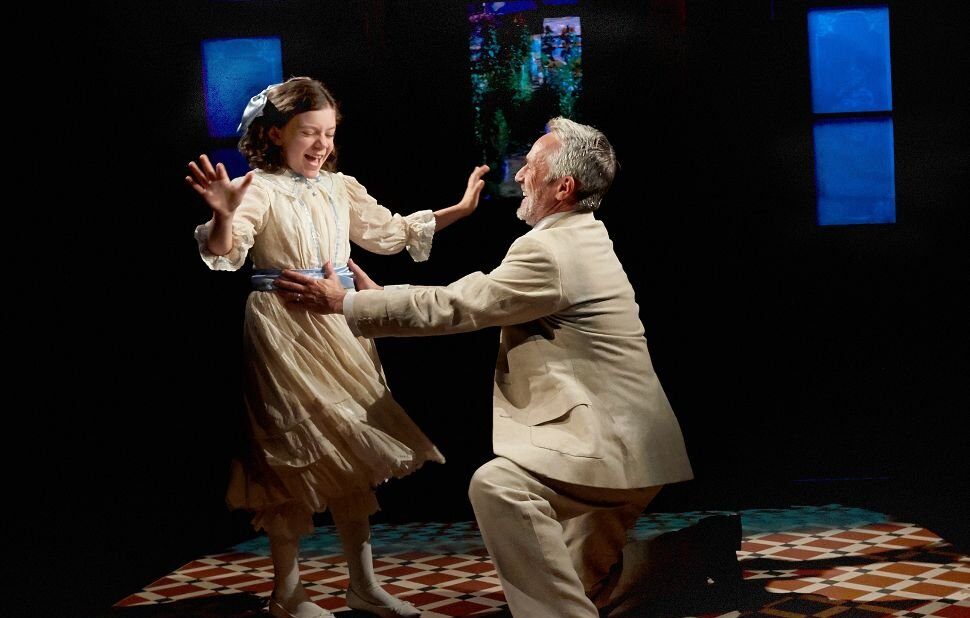 The title The Nether brings to mind some hellish underworld, or the phrase the nether regions, a euphemism for ones genitals. Its also a location in a wildly popular world-building video game.

All three of these definitions play into American playwright Jennifer Haleys powerful and deeply disturbing look at ethics and freedom in a near-futuristic society that seems frighteningly close to becoming real.

Haley has fashioned the play as a mystery. A detective named Morris (Katherine Cullen) interrogates the patrician-looking Sims (David Storch) who goes by the nickname Papa, but whose real name is obviously an allusion to the life simulation game about a world hes created in which men who fantasize about doing things to young girls can, at least online, act on their impulses.

Papas virtual world resembles something from the Victorian era, in which men are elegantly suited and the girls especially Papas favourite, named Iris (Hannah Levinson) wear frilly frocks with their hair in ringlets.

Among the patrons of this online universe are Doyle (Robert Persichini), whos addicted to the site and, in a storyline straight out of Black Mirror, is considering living in it forever, and newcomer Woodnut (Mark McGrinder), who seems very curious about Iris.

The police subplot is the weakest part of the show, and the commanding Cullen initially doesnt get to show much range in the role, which is essentially filling in backstory about both the present-day and virtual worlds and barking out commands.

The strength of this production lies in the moral questions at its centre, and in Peter Pasyks masterful direction.

Under Pasyk, the design team make both worlds vivid. The dystopian real-life setting is rendered downstage with inky blacks and intimate spotlights. The way electronic devices are booted up and down is given a memorable jolt by Richard Ferens sound design.

The fantasy realm, however, is a jewel box of a world straight out of Lewis Carroll (quoted in the plays program), with Nick Bottomleys projection designs, Patrick Lavenders sets and lighting, Michelle Bohns costumes and Ferens music making the place hyper real.

Its to the actors credit that all the characters are sympathetic, even while theyre about to do something horrible (nothing explicit is shown onstage, but much is implied). Special mention goes to Storch, whose entrepreneur is tragically conflicted, and Levinson, who in a trio of stage roles this year (Fun Home, The Preposterous Predicament Of Polly Peel) has shown a range and intelligence that actors three times her age never achieve.

Keep in mind that the show comes with a content warning. As the woman next to me exclaimed before one reveal: Oh. My. God. No. What stronger proof of a works haunting, visceral power?