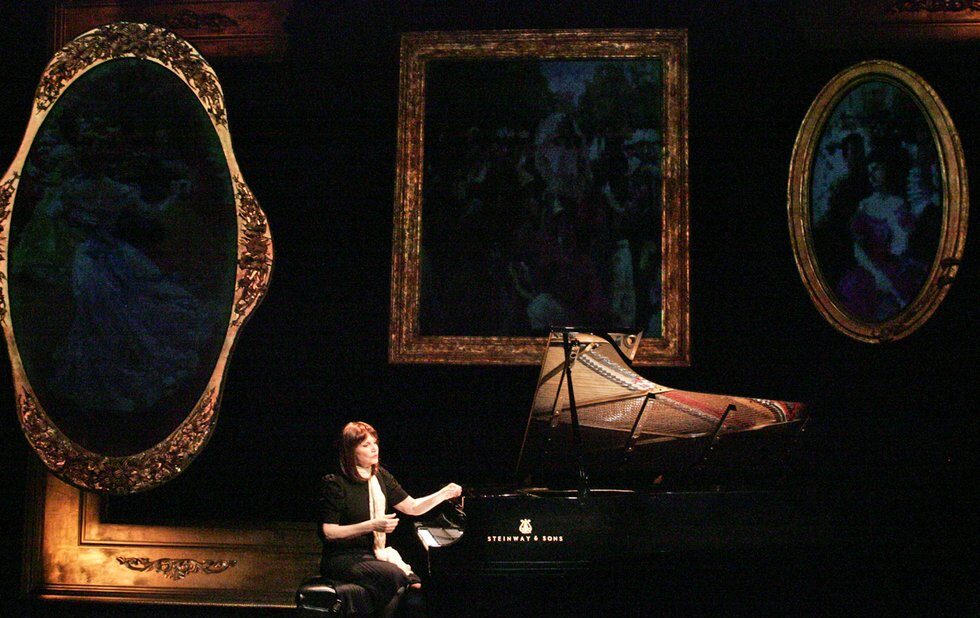 Some solo shows are so special the usual critical criteria don’t apply to them. That’s the case with The Pianist Of Willesden Lane, a powerful memoir about a remarkable woman – pianist Lisa Jura – performed by her daughter, Mona Golabek.

Jura was a talented classical pianist living in Vienna in 1938 when the Nazis rose to power. After her tailor father, a gambler, won a single passage on the Kindertransport for Jewish children to escape to England, she was shipped off to London, leaving behind her parents and two sisters.

Once in London, she became a refugee, working at a factory, living in an overcrowded hostel with other Kindertransport children and trying to eke out moments to practise piano. Meanwhile, she had no idea what had happened to her family.

Golabek, a Grammy-nominated classical musician herself, recounts her mother’s story with simplicity and earnestness. She lightens her voice to play the 14-year-old Jura, but she doesn’t attempt a full impersonation.

What she does offer, however, in this script adapted from her own book, The Children Of Willesden Lane (co-written with Lee Cohen), by Hershey Felder, who also directs, is music to effectively illustrate the story.

At a Steinway grand, Golabek performs snatches of Grieg (Jura’s favourite composition was his piano concerto), Chopin and Rachmaninoff that are so hauntingly played that they transport us to another time and place. We witness Jura’s audition for a music school. We see her in her part-time job as a pianist playing popular tunes at a hotel frequented by soldiers.

Golabek often continues telling a story during a number, creating a spellbinding effect.

Oversized empty picture frames hang on the wall behind her, and Andrew Wilder and Greg Sowizdrzal’s projections onto them help set the scene with archival historical war footage or, most poignantly, pictures of Jura’s family.

As with all effective art, the selection of details – what’s withheld, to be revealed later – works beautifully here, especially in the play’s moving climax.

Golabek has been performing the show for several years now, and while it’s rooted in a specific time, it resonates in today’s era of increased intolerance toward minorities and refugees.

Jura’s story is currently in pre-production as a feature film. But try to see it live, with her daughter’s music providing a living link to her remarkable tale of hope and survival.