The Play That Goes Wrong is obviously doing something right

THE PLAY THAT GOES WRONG by Henry Lewis, Jonathan Sayer and Henry Shields (Mirvish/Stage Presence Ltd). At the Ed Mirvish. 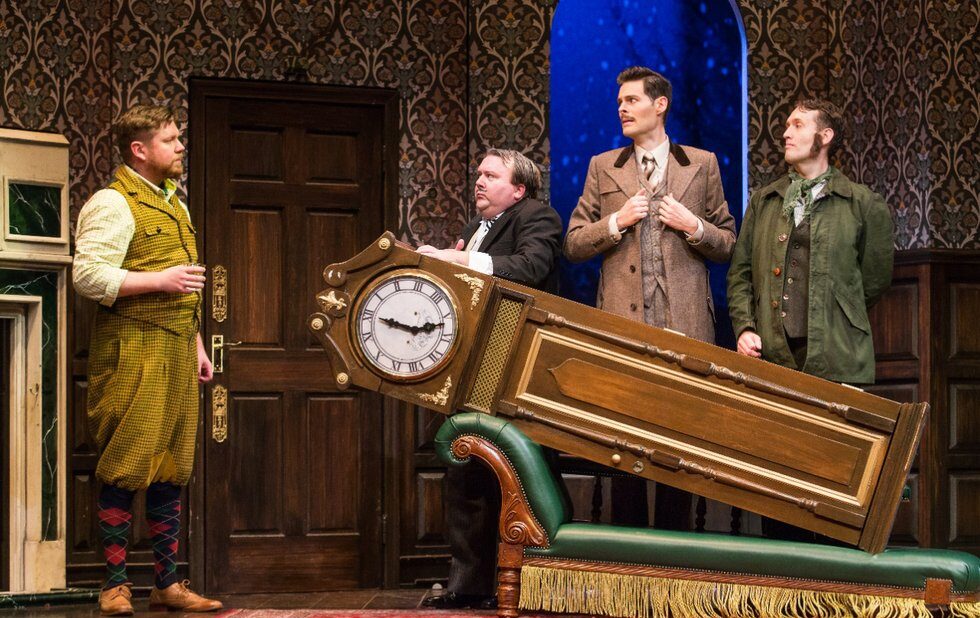 Okay, heres the thing about farce. Yes, its funny to watch someone slipping on a banana peel or bumping into a post. But can you watch two hours of it?

Thats essentially the test set up by The Play That Goes Wrong, an imported comedy from the UK, which is still on in the West End and just finished a successful Broadway run.

The premise is that were watching a terrible, terrible regional production of a generic murder mystery put on by the fictional Cornley University Drama Society.

Hence, the sets a little wobbly (faux technicians try to fix it before the show begins), the actors range from terrible over-actors (preening whenever they get a laugh, for instance) to woefully under-rehearsed and undereducated. And, well, anything can happen, especially once stage managers start replacing injured actors.

The problem with this kind of material which is all about sight gags and not character is maintaining momentum and interest.

Judging from the sustained laughs on opening night, this wasnt an issue.

While I began making grocery lists in my head after the first 20 minutes, people around me young and old were laughing hysterically. And the standing ovation seemed genuine, not forced.

To be sure, theres plenty of craft to the production, especially in Nigel Hooks Tony Award-winning set, which, managed by (unseen) technicians, works wonders, particularly in the increasingly chaotic second act.

And Roberto Suraces costumes send up those in every tired British drawing room mystery ever put on.

The cast is also skilful, from Evan Alexander Smith as the shows befuddled director and earnestly acted inspector to Jamie Ann Romeros flirty femme fatale to Peyton Crim, whose depiction of one of those character actors in love with the sound of his own baritone voice goes beyond parody to something rather inspired.

But youve got to be in the mood for something like this. And frankly, I like my comedy even my farce served up with a little bit more substance. Although there are glimpses of the actors behind-the-scenes dynamics, particularly in Ned Noyess obviously queer leading man, Max, the show rarely works on anything but the most superficial level.

Still, when a comedy gets laughs, you know somethings working. This fictional play might go wrong, but the producers are obviously doing something right.