A Reckoning is coming 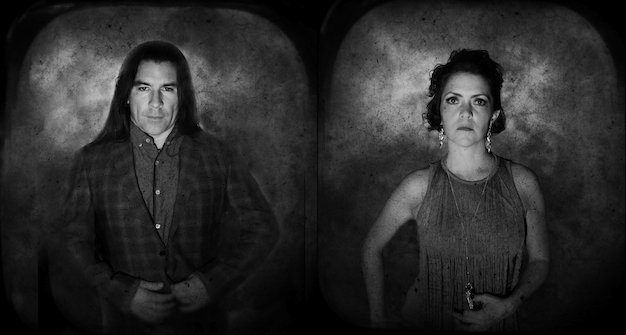 One of the results of the Indian Residential Schools Settlement Agreement was the establishing of a Common Experience Payment (CEP) as restitution – as if a price could be put on time spent in such institutions – for those confined in Canada’s residential schools.

Playwright Tara Beagan’s mother received a CEP, and she bought her daughter a new laptop with some of the money.

In response, Beagan wrote Reckoning, a three-part look at the casualties, both native and non-native, of the residential schools system.

“That settlement and the work of the Truth and Reconciliation Commission (TRC) hit on a national scale, but they reverberate loudest in people’s homes,” says Beagan, who directs the show with designer Andy Moro for ARTICLE 11, a First Nations troupe the two run.

The company takes its name from the 11th article of the UN Declaration on the Rights of Indigenous Peoples, which speaks of aboriginal people’s right to create culture as they see fit.

“The audience, no matter what their background, watches Reckoning as witnesses,” explains Moro. “Bearing witness doesn’t mean solving the situation or sweeping it under the rug. Simply being in the room with the performers, the storytellers, resonates deeply and personally.”

Feeling that “reconciliation is still far away, because there were no consequences for the perpetrators,” Beagan explains why she wrote a triptych.

“It seemed like the right number. In First Nations tradition, the number four is one of completion: four seasons, four directions. Three is an inherently unresolved number, as are the issues that Reckoning raises.”

The first section, involving both text and movement, focuses on an adjudicator hearing the testimony of former school residents and the anxiety he feels as he deals with their statements.

“I’ve seen non-natives feel viscerally hit when they learn what happened in the schools, and I wanted to capture that through movement as well as text. John Ng, who plays the adjudicator, comes across as a newer Canadian who learns that the national history he read was a whitewashed version of the truth.”

The second, featuring PJ Prudat and Glen Gould, is a naturalistic two-hander involving two native people who meet online through a support group of IRS survivors and children of survivors.

“Theirs is a relationship with potential, but brewing under the surface are some unresolved issues. Because they aren’t as healthy as they might be, things go horribly awry.”

The third, a monologue, is part live video document and part attempt to right wrongs.

“That technological interface is important,” notes Moro, “because people often speak more fluently through the media than face to face. Theatre allows us several layers, so we can hear and see Jonathan Fisher live while we watch him onscreen.”

Moro’s design has all the action happening on a round platform, the actors themselves stepping out of character to change the set.

“We’ve also made the conscious choice to lift the platform off the floor,” says Beagan. “These people aren’t in a state of wholeness they’re disconnected from the earth. In a similar way, the schools removed children from where they rightly should have been.”

Because the show’s material is upsetting – Moro’s phrase is that it contains “graphic historical and sexual violence” – counsellors will be on hand to help audience members triggered by what they watch. Purifying smudging is available, too, and viewers can walk out if necessary.

“The work of the TRC was just the start of a process,” says Beagan. “We have to come to events such as this performance with open hearts and minds.”