THE VIRGIN TRIAL by Kate Hennig (Soulpepper). At the Young Centre for the Performing Arts (50 Tank House). Runs to. 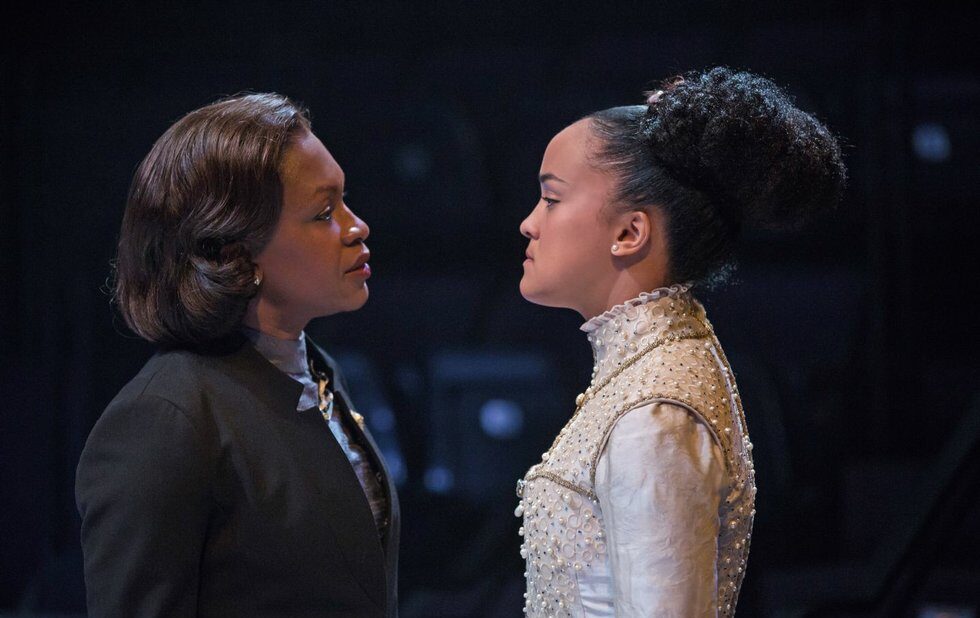 Fascinating and fast-paced, The Virgin Trial is the second instalment in Kate Hennigs Queenmaker Trilogy. The plays offer a modern reimagining of the Tudor period, in which Hennig upends the usual narrative of patriarchal bloodlines by giving voice to some of the eras intrepid women.

While the first play (The Last Wife) centred on Katherine Parr, King Henry VIIIs final wife, The Virgin Trial takes up the familys story soon after Henrys death and from his teenaged daughter Elizabeths point of view.

Young Bess (Bahia Watson) gets caught up in a scandalous relationship with her stepmother Katherines new husband, Thom (Brad Hodder). Besss virtue is questioned as politics rage and the two are put on trial by Thoms brother Ted (Nigel Bennett) and Teds diabolical apprentice, Eleanor (Yanna McIntosh). Since Besss royal position secures her some leniency in the proceedings, her supporters Ashley (Laura Condlln) and Parry (Andre Morin) endure the brunt of the brutal interrogations.

The plays anachronistic elements, in language choice and the use of modern costumes and props (such as a teddy bear and a box of chocolates), sometimes distract from the story but also serve as a clever way to connect the past to the present.

In the first act, Hennigs non-linear script feels jarring at times, but its mesmerizing once the story gets underway, with rapid-fire dialogue and the escalating tensions of the trial. Although the evil characters enthrall with their viciousness, they do lack dimension. Bess, however, is so intricately constructed that the audience swiftly becomes invested in her outcome.

Watson captures the complexity of a young woman navigating burgeoning adulthood and her social standing, and in the brief scenes with her half-sister, Mary (Helen Knight), she displays her vulnerability. The supporting cast is excellent, particularly McIntosh in the sinister torture scenes that get projected in eerie black-and-white on Yannik Larivees stark set.

Alan Dilworths direction is sometimes clunky and obvious, such as the revelation of Besss pregnancy, but the plays overall pacing accentuates the intensity and suspense in the script.

The trilogys final play is set to open in May at the Stratford Festival. The focus will shift to Besss half-sister, Mary. History tells us she was a force to be reckoned with, so it should make for a bloody good conclusion.