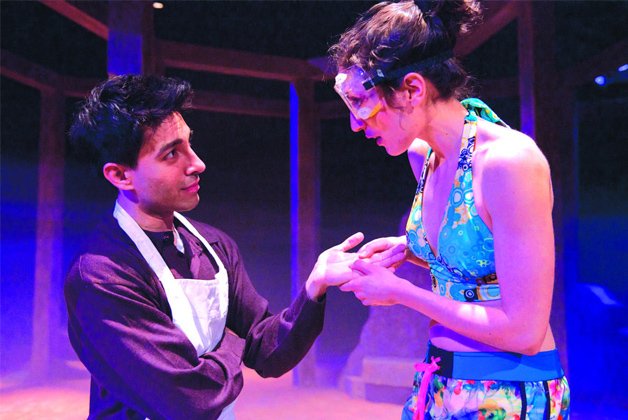 Kawa Ada is one of the city’s most promising actors – just ask anyone who saw his riveting performance as a sleazy realtor in Nicolas Billon’s Iceland. His debut as a playwright, The Wanderers, although ambitious and well-meaning, is less auspicious.

The epic, multi-generational play follows the fortunes of an Afghan family from 1978 Kabul to Ontario in the 1980s and 2010s.

Aman is an Afghan chess champion who emigrates to Toronto with his clever wife, Mariam. While he’s working here at a pizza parlour, his son Roshan is born. Nearly three decades later, an embittered, gay Roshan confronts some family secrets.

The scenes, rather than accumulating power, become confusing. The links between characters we know little about are lost. And the wavering tone and rampant symbolism feel messy.

Director Nina Aquino tries to provide unity. She’s particularly indebted – as is the play – to Wajdi Mouawad’s Scorched, which also deals with the legacy of war for a family. Camellia Koo’s dusty, sun-baked, circular set hammers home the cyclical nature of life and Michelle Bensimon’s sound design is minimal yet effective.

Badr, Ada (who plays both Roshan and the young Aman) and Omar Alex Khan (who plays the older Aman and a biblically named character who could have been excised) all have fine moments. Only Melanie Janzen seems stuck in a bad play by Tennessee Williams (whose name pops up).

You can tell a production’s not working when an audience doesn’t know when the play is over.