The Wolves is so riveting it will make you howl 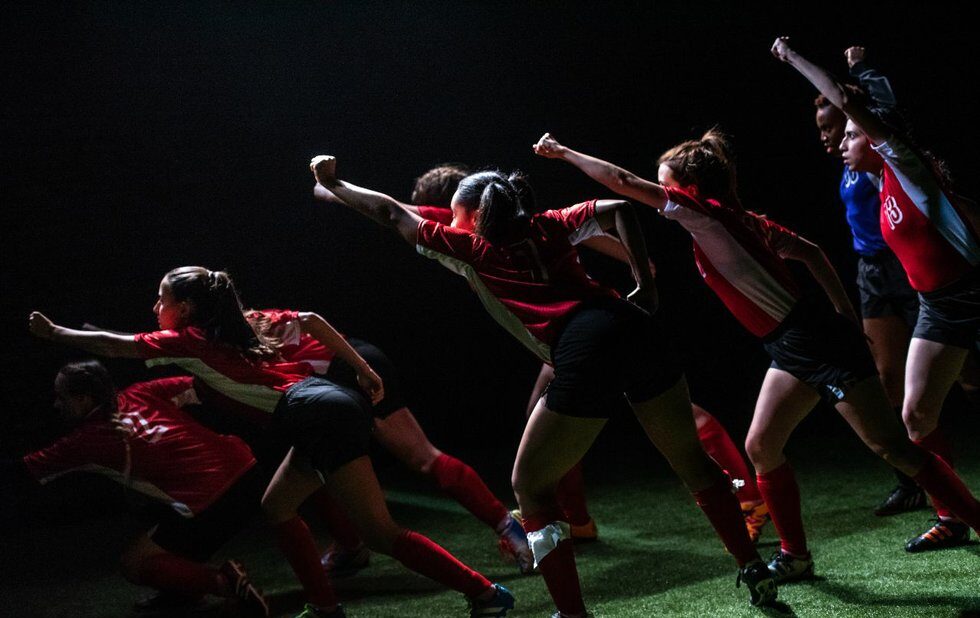 should be a Dora contender.|Robert Markus should prepare his Dora acceptance speech now.|Peter Fernandes and Hailey Gillis's names should rise to the top of the Dora nominations list for Rose.|Hannah Levinson and Mark McGrinder play with fantasy and reality on Patrick Lavender and Nick Bottomley's hypnotic set for The Nether.

The title refers to the name of a high school girls soccer team made up almost entirely of 16- to 17-year-olds who have played the game together since childhood. Over 90 minutes and six scenes, we see the girls chat during their warm-ups for games stretching, lunging, running, passing with the games themselves depicted only in short segments of beautifully stylized movement.

DeLappe, born in 1990, has said, I wanted to see a portrait of teenage girls as human beings as complicated, nuanced, very idiosyncratic people who werent just girlfriends or sex objects.

Indeed, the play is so full of action and humour that it can be enjoyed solely as a complex, realistic portrait of female millennials and their social interactions that upends the older generations tendency to view them as a homogenous group.

Though it may be hard to recognize at first, The Wolves also has a much wider resonance. Yes, there are discussions of tampons, periods, boyfriends, pregnancy and abortions, but the play begins with a discussion of the atrocities of the Khmer Rouge, the current detention of the children of illegal immigrants and includes a sung version of the Preamble to the U.S. Constitution.

Gradually some will realize that DeLappe has created in this girls team a microcosm of society while examining the balance needed between rules and personal liberty. We know the nine characters by their jersey numbers, not their names. What drives the action is the strain between the girls quest to be individuals and the necessity to subsume individual differences for the communal benefit of the team.

Under Courtney Chng Lancasters precise, insightful direction, the nine actors (Rachel Cairns, Aisha Evelyna, Ruth Goodwin, Annelise Hawrylak, Ula Jurecka, Brittany Kay, Heath V. Salazar, Hallie Seline and Amaka Umeh) are so uniformly excellent and form such a tight-knit ensemble that it is impossible to single any one of them out.

Despite the stagey suspense of its conclusion, DeLappes play is remarkable not only in compelling its audience to ditch stereotypes of young women, but also in looking closely at the tensions between the general welfare and the blessings of liberty, to quote the Preamble, that presently seem to be tearing nations apart.

Its a gripping production of a brilliantly conceived, urgently relevant play.