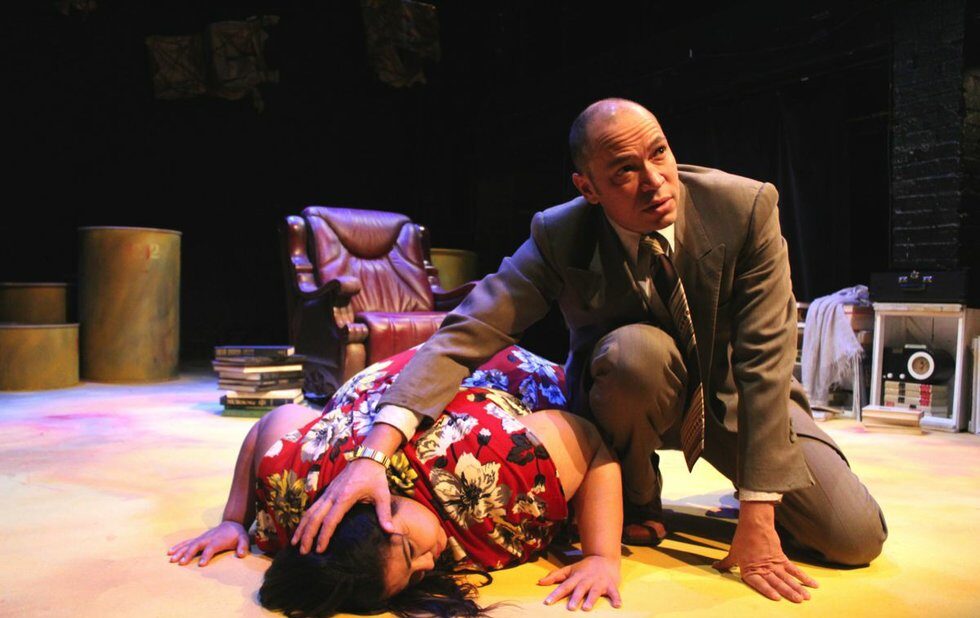 Donna-Michelle St. Bernards ambitious plan to write a play for every country in Africa hits a stumbling block with Cake, an underwritten, incomprehensible allegory about exploiting Nigers resources.

The 70-minute play attempts to tell the story of Oba (Jamie Robinson), a wannabe businessman who makes shady deals involving mysterious packages (which, if we intuit from the program notes, might be yellowcake, a product of uranium), and Femi (Yolanda Bonnell), the servant of Obas late father.

He sells both to Araf (Ash Knight) while an artisan, Mabo (Tsholo Khalema), attempts to sell his carvings to Oba. Mabo also repeats, ad nauseam, a folk tale about a spider and a lizard crossing a river, which we just know is going to mean something by the end.

The script desperately needs dramaturgy, and director Clare Preuss doesnt help matters, staging some scenes awkwardly on the TPM staircase. Jackie Chaus set and Echo Zhous lighting offer few clues about the story or themes. (A colleague explained that gold things hanging from the ceiling were yellowcake bars to me they just seemed like gold chairs.)

The actors are hampered by the stiff dialogue, with only Bonnell and Robinson occasionally suggesting the drama and motivation the playwright intends.