The Fringe of Toronto kicks off its 29th edition in a couple of weeks, but it will mark the last. 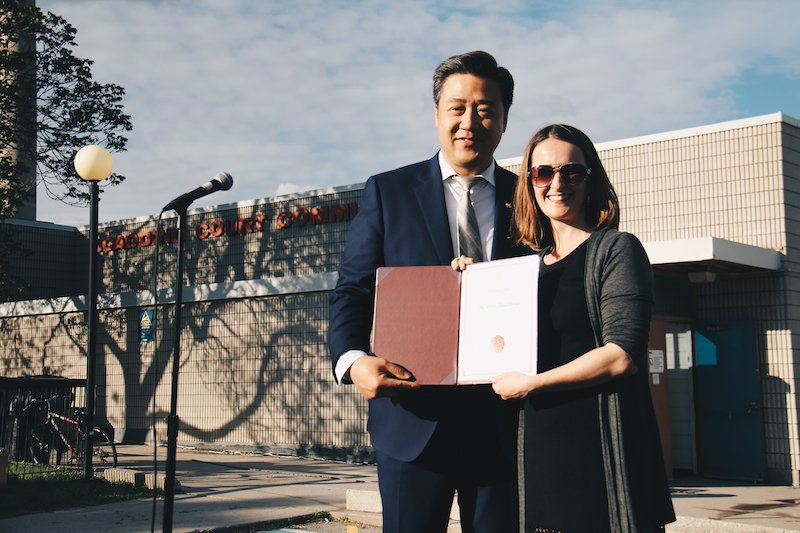 The Fringe of Toronto kicks off its 29th edition in a couple of weeks, but it will mark the last one for executive director Kelly Straughan. After five years at the helm, shes stepping down to become artistic/executive director of Workman Arts.

My departure is bittersweet, says Straughan in the Fringes press release.

My time at the Fringe has been the most satisfying of my career and Im very proud of what we have accomplished. I will miss my Fringe family including the excellent staff, steadfast Board of Directors, talented artists and dedicated patrons. While I will see the 2017 Fringe Festival through to its conclusion, it will be very difficult to say good-bye.

During her tenure at the Fringe, Straughan helped find the new Fringe Club at Scadding Court (which debuts this summer), implemented a new paperless ticketing system and launched the national crowdfunding platform FWYC (fund what you can), which has raised over $850,000 for the arts sector.

She also oversaw three of the highest-selling Fringe and Next Stage Festivals.

In her upcoming position at Workman, Straughan will be a leading force behind its new Centre For Excellence, to be located at the Centre for Addiction and Mental Health (CAMH). The new facility will open in 2020 and will include a 300-seat theatre, an art gallery, artist studios, digital media studios and rehearsal spaces.

Straughan, whos also President of the Canadian Association of Fringe Festivals (CAFF), which has 32 member festivals across North America, will leave the Fringe and step down as President on July 28th. So say hi to her at the Fringe Club.

The Toronto Fringe Board of Directors will be announcing an executive search shortly. A job description and application details will be available here soon.