The best stage shows in Toronto this summer

From Luminato to the Fringe Festival and Shakespeare performed outdoors, don't miss these acts on stage 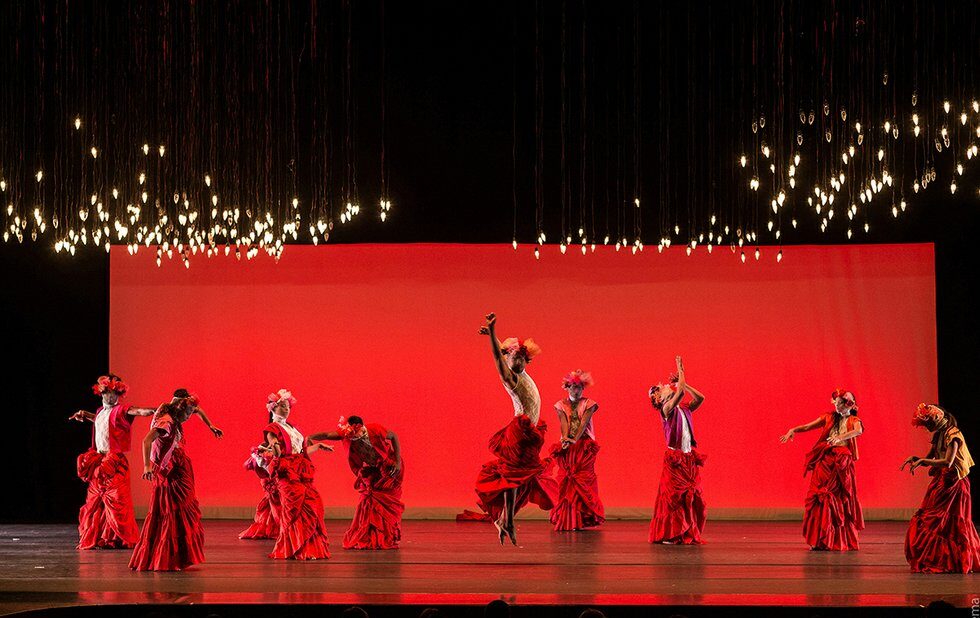 CHECK OUT THE HOTTEST PERFORMANCES AT LUMINATO

The cultural festival, now in its 13th year, offers showgoers the opportunity to see stellar homegrown productions before they set off on the road – or experience international works in Toronto for a limited time. Colombian dance company La Compañía Cuerpo’s Flowers For Kazuo Ohno (And Leonard Cohen) pairs the work of the late Butoh dancer with the legendary Canadian’s song catalogue, while Triptych (Eyes Of One On Another) pays tribute to photographer Robert Mapplethorpe through projection, poetry and music. And if you’re looking for something a little more experiential, take a trip through the maze-like House Of Mirrors installation.

VISIT BROADWAY WITH THE TSO

Who needs to travel to New York City when Broadway comes to town via the Toronto Symphony Orchestra? Every year, conductor Steven Reineke, the TSO orchestra and a couple of musical theatre stars deliver show-stopping numbers from new and classic shows. This year pairs Jeremy Jordan (Newsies) and Betsy Wolfe (Falsettos) since both have been in The Last Five Years (Wolfe off-Broadway and Jordan in the film) and Waitress (both on Broadway), expect songs from those two shows, as well as The Book Of Mormon, Little Shop Of Horrors and Les Misérables. 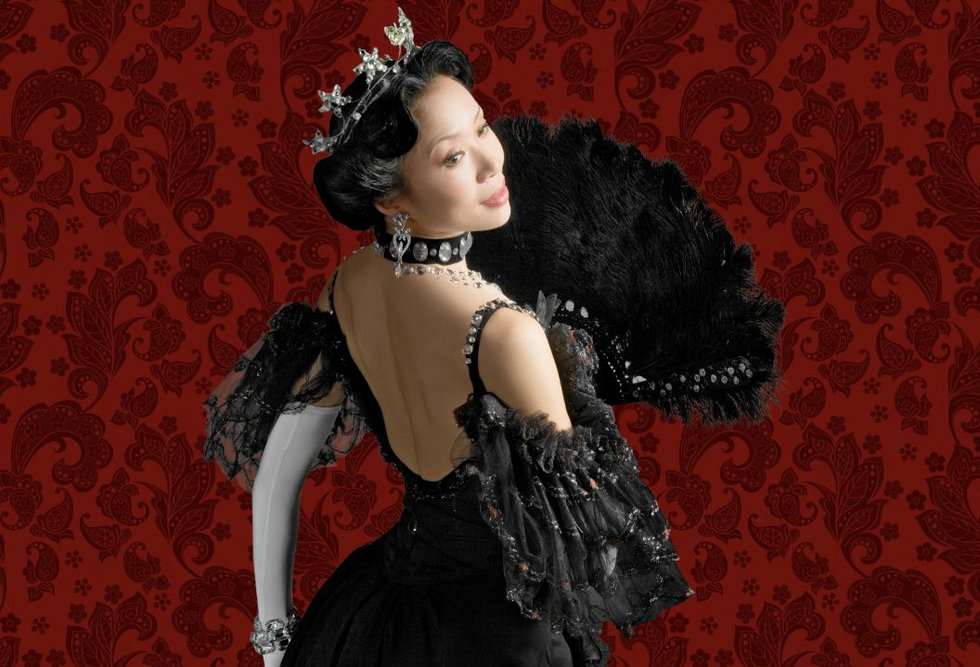 Luminous dancer Xiao Nan Yu retires from the National Ballet of Canada with The Merry Widow, June 19 and 22.

BID GOODBYE TO XIAO NAN YU AT THE MERRY WIDOW

Principal dancer Xiao Nan Yu has been one of the National Ballet of Canada’s superstars, as elegant and dramatically spellbinding as she is technically impressive. Now, after 22 years with the company, she hangs up her pointe shoes in the bittersweet role of Hanna Glawari in Ronald Hynd’s The Merry Widow. Expect a huge ovation… and lots of tears.

The Fringe of Toronto is, hands down, the premiere local stage event of the summer. This year’s edition sees a continuation of the POSTSCRIPT pop-up patio, complete with a great lineup of artists headlining each night (we’re particularly looking forward to Lauren & Amanda Do It At The Patio, a special Fringe version of Ottawa duo Lauren Cauchy and Amanda Logan’s refreshingly frank interview show, on July 6). New this year is the use of Crow’s Theatre as a venue. Check out the Fringe My Way campaign, in which artists like Aurora Browne (Baroness Von Sketch), Catherine Hernandez (Scarborough) and Mitchell Marcus (artistic and managing director of Musical Stage Co.) share their advice on how to Fringe. And of course check out NOW’s pre-fest coverage and reviews.

Among the 150 shows this year – as always, chosen by lottery – look for Clotheswap, starring Second City alums Dale Boyer, Ashley Comeau and Karen Parker stand-up Courtney Gilmour’s autobiographical solo show Congratulations! Dandelion, by James & Jamesy creator Aaron Malkin The Huns, by Michael Ross Albert, whose play Anywhere was a big hit last year News Play, by the same folks who made last year’s Everyone Wants A T-Shirt! The Resistance Improvised, featuring local comedy titans Jon Blair, Kat Letwin, Carmine Lucarelli and others Three Men On A Bike, from the company that brought us Three Men In A Boat Tita Jokes, a Filipina-based comedy by Toronto SketchFest sensation the Tita Collective Scadding, an immersive, walkabout audio play set in around Queen and Bathurst The Big House, a solo show about a child visiting her father, written by Fringe veteran Tracey Erin Smith and directed by Sarah Garton Stanley Boy Falls From The Sky, a cabaret by Degrassi alum and former Broadway Spider-Man Jake Epstein Drama 101, A New Musical, about secrets surrounding a high school drama teacher, by Steven Gallagher and Kevin Wong and Horseface, a new storytelling show by Alex Dallas. 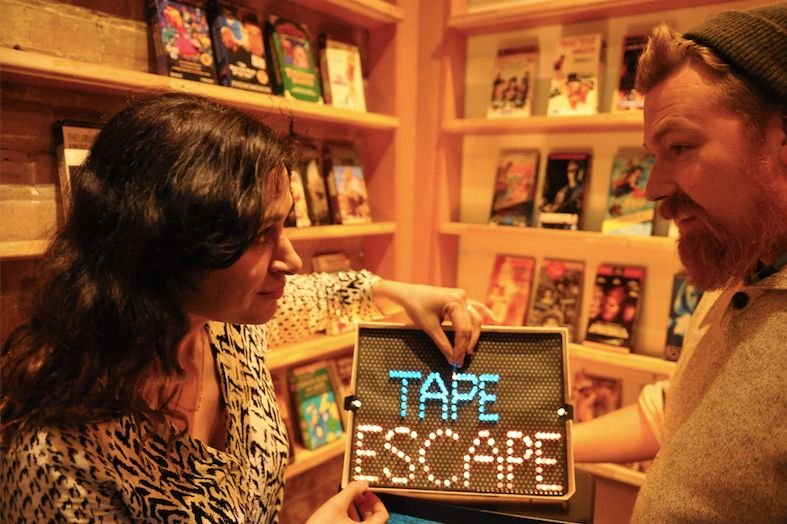 Choose your own video adventure at Outside the March’s The Tape Escape.

REWIND AT THE TAPE ESCAPE

Innovative site-specific company Outside the March takes you back to the time of VHS rentals with The Tape Escape, a hybrid theatre/escape room experience set, appropriately enough, in the former Queen Video on Bloor. Created by Vanessa Smythe, Mitchell Cushman and Nick Bottomley, the show lets you choose one of three different stories: Love Without Late Fees is about singletons possibly finding romance by sharing video rentals A Grown-Up’s Guide To Flying follows an eight-year-old taking you on a treasure hunt through her neighbourhood video store and Yesterday’s Heroes is a quest to find a story buried somewhere in the walls of the store. The one-hour experiences run from 1 to 11 pm daily, so go once, twice or thrice. (Perhaps between Fringe shows?) OtM shows sell out quickly.

TAKE IN AN OUTDOOR SHAKESPEARE PLAY

William Shakespeare was a populist playwright, so no wonder his works are still performed outdoors for thousands each summer. This year Canadian Stage pairs the charming comedy Much Ado About Nothing, directed by Liza Balkan, with the darker, morally complex Measure For Measure, helmed by Severn Thompson. Both run in rep from July 4 to September 1 at the High Park Amphitheatre. If you’re in the east end, you’ve got a few outdoor options. Bard in the Park presents the gentle romantic comedy As You Like It in two separate locations: from May 30 to June 1 in Norwood Park, and then June 10 to 15 at Kew Gardens. And then there’s Shakespeare in the Ruff’s summer offering at Withrow Park, a production of the late romance The Winter’s Tale, directed by Sarah Kitz. August 14 to September 2.

And you can’t beat the cost for all of these shows: most tickets are pay what you can.

The lineup hasn’t been announced yet for the always innovative SummerWorks Performance Festival (that info comes out June 18), but the fest has released a lineup of artists involved, ranging from award-winners like Alan Dilworth, Nina Lee Aquino, David Yee, Frank Cox-O’Connell, Tedd Robinson, Julie Tepperman, Nicolas Billon, Itai Erdal and Karin Randoja to exciting emerging artists like Bilal Baig and Bessie Cheng. A running theme will be the idea of “public: what is public space, how is it made and negotiated?” Prepare to have your preconceptions challenged.

HIT THE ROAD FOR MORE DRAMA

While the Toronto theatre scene gets quieter during the summer – with the exception of Fringe and SummerWorks, of course – there’s lots going on an hour or two outside the city. At the Stratford Festival, for instance, you can see Nigel Shawn Williams’s production of Othello, with Michael Blake as the jealous Moor (to October 27) Graham Abbey’s production of the classic newspaper comedy The Front Page, newly adapted by Michael Healey and starring Ben Carlson and Maev Beaty (July 30 to October 25) the inspiring Billy Elliot The Musical, directed and choreographed by Donna Feore (to November 3) and Mother’s Daughter, the much-anticipated finale to Kate Hennig’s Queenmaker Trilogy, starring Shannon Taylor as Mary I (to October 13).

At Niagara-on-the-Lake, the Shaw Festival’s big novelty this year is Bernard Shaw’s epic comedy Man And Superman, complete with the often-cut third act, Don Juan In Hell, starring Gray Powell and Sara Topham. There are only 17 performances (August 17 to October 5), which begin at 11 am and end around 5 pm. (Don’t worry – there’s a 75-minute lunch break.)

Some of the more intriguing offerings are at the Studio Theatre space, including Peter Hinton’s production of Mae West’s raunchy comedy, Sex (June 21 to October 13) a production of The Glass Menagerie featuring Allegra Fulton as Amanda and André Sills as Tom (to October 12) and Shaw artistic director Tim Carroll’s production of Howard Barker’s political play Victory, starring Tom McCamus and Martha Burns, often considered one of the most brutal and offensive modern works (July 14 to October 12).

Some highlights of the other summer theatre festivals include local playwright Sean Dixon’s new work Jumbo, based on a visit by P.T. Barnum to southwestern Ontario in 1885 (June 12 to August 10), as part of the Blyth Festival a version of Duncan MacMillan’s Every Brilliant Thing starring CBC’s Gavin Crawford (August 3 to 17), which is part of the Festival Players of Prince Edward County season and Toronto writer/actor/musician Beau Dixon’s Bloom: A Rock ’N’ Roll Fable, based on stories from Peterborough’s rock personalities (July 2 to 27), part of the 4th Line Theatre season.