NOW MagazineCultureTheatreMake a date to see What Happened Was…, a funny and disturbing two-hander

Make a date to see What Happened Was…, a funny and disturbing two-hander

WHAT HAPPENED WAS... by Tom Noonan (Witchboy Theatre/Leroy St. Theatre). At the Assembly Theatre (1479 Queen West). Runs to May. 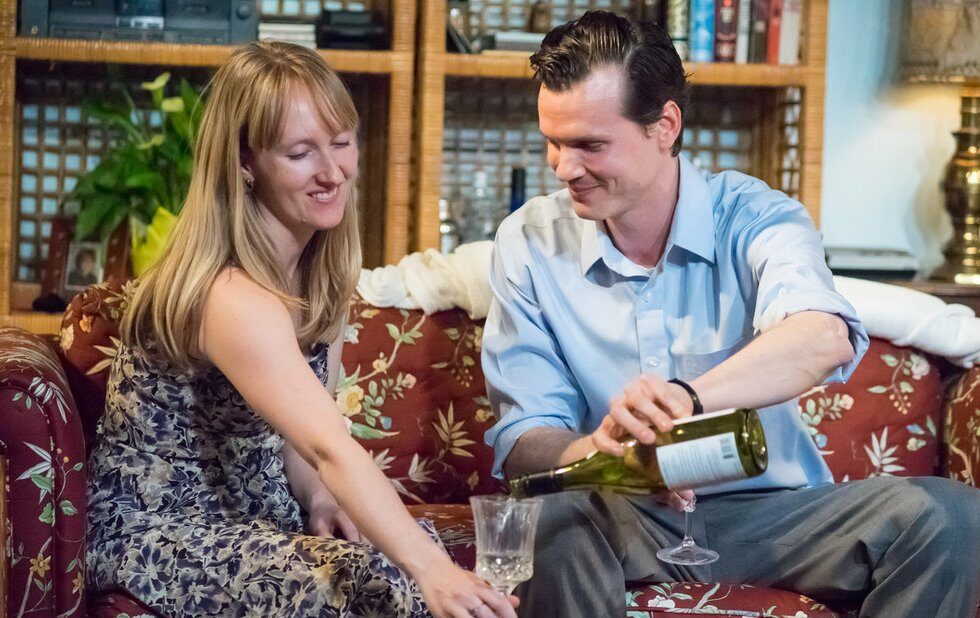 Those contemplating an office romance should swipe right for What Happened Was…, an absorbing, disturbing play by the intense actor/writer Tom Noonan.

Noonan is best known as a character actor (Manhunter, Synechdoche, New York, Anomalisa), but he penned a couple of strong plays in the 1990s, including this fierce two-hander (which was also adapted into an indie film).

Jackie (Breanna Dillon) has invited Michael (Craig Henderson) over to her cramped Manhattan apartment after work nominally for dinner, but you never know, right?

Shes an executive assistant at the same law firm where hes a paralegal, and shes always been intrigued by his quirky, non-conformist behaviour. Both are nearing middle-age.

And so they have drinks and talk, she heats up dinner (the aroma wafts through Mike Vitorovitchs realistic set) and, like zillions of first dates before them, they try to establish a connection.

Whats so effective about Noonans script and director Christopher Hayess sensitive staging for Witchboy Theatre and Leroy St. Theatre is that were picking up clues about the characters at the same time they do. A broad accent here a social gaffe or nervous tic there one too many glasses of wine drunk… and is it bad that we judge one character for liking the banal lyrics of an Air Supply song?

The laughs in the audience and this is a very funny play come from the truths revealed in these awkward but real exchanges.

All of this sets the stage for a couple of riveting extended scenes that are crushing in their despair and bleakness.

The actors navigate their lines with open, lived-in performances. Henderson lets you see Michaels insecurities from his often defensive pronouncements and uneasy posture. Dillon, meanwhile, sells the plays most difficult scene helped by Steve Vargos subtle lighting change with total commitment, her moist eyes suggesting how deep she goes into her characters world.

Dont be surprised if you carry this play around with you for a couple of days. Its haunting.