NOW MagazineCultureTheatreWhat’s hot (and not) on New York stages

What’s hot (and not) on New York stages 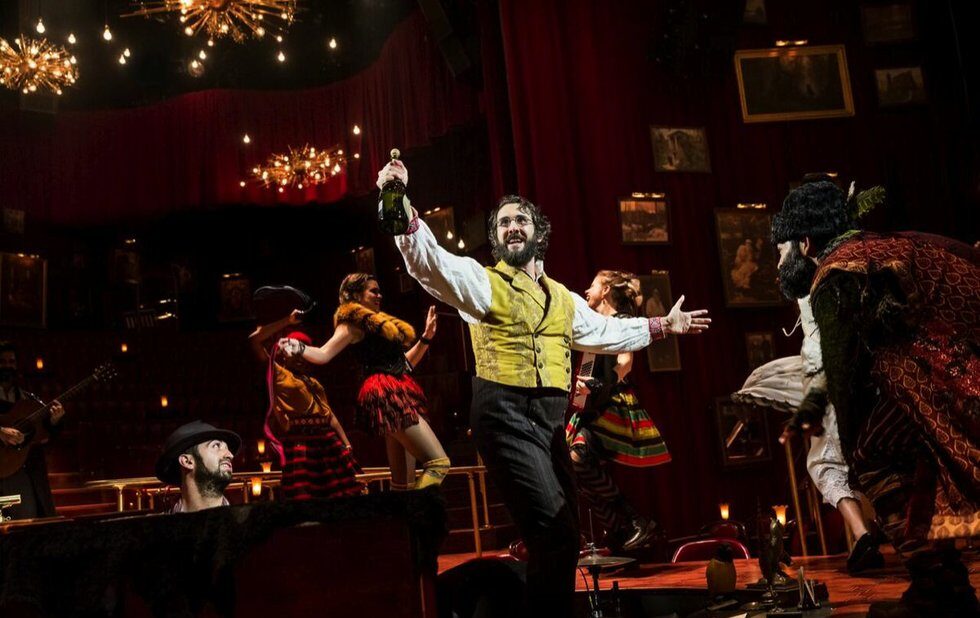 New York City – I see hundreds of shows in Toronto annually, but every now and then I like to see what’s going on south of the border. My recent trip to the Big Apple included a solid mix of big, splashy shows, intimate chamber dramas and one of the most powerful productions of a classic musical I’ve ever seen.

First the splashy musicals. We’re used to seeing innovation onstage. But how many Broadway shows actually transform the audience area?

That’s the eye-popping novelty of Natasha, Pierre & The Great Comet Of 1812 (Rating: NNNNN), Dave Malloy’s very loose adaptation of Tolstoy’s War And Peace. Director Rachel Chavkin and scenic designer Mimi Lien have constructed runways, little islands and even new staircases in the Imperial Theatre so the actors can perform and mingle in the crowd. Even the band is scattered throughout the theatre.

The stage itself, dominated by a grand double staircase, also seats audience members who get an inti­mate feel for the action and can look out at the resplendent theatre, where a few haunting moments happen in the uppermost balcony.

This is all appropriate for Tolstoy’s sprawling tale, which Malloy has condensed into a love story about bookish, middle-aged Pierre (Josh Groban), impulsive ingenue Natasha (Shoba Narayan in the performance I saw: a revelation), her off-at-war fiancé (and Pierre’s good friend) Andrey (Nicholas Belton), and Anatole (Lucas Steele), a vain layabout who catches Natasha’s eye and also happens to be Pierre’s scheming wife Helene’s (Amber Gray) brother.

Malloy understands if you get confused about the characters and how they’re related. He’s even written a number about it, penned in a unique style that – like the rest of the score – mixes period elegance with streetsmart swagger and singer/songwriter emotion.

The production has been getting most of the attention – and Lien will surely win the set design Tony – but Chavkin’s efficient direction and the performances deserve as much love. Groban’s Pierre, looking properly homely in wire glasses and padded suit, grounds the show with his gravitas and soulful voice, while Gray, Steele, Belton and Brittain Ashford (as Natasha’s concerned cousin Sonya) all have their moments to shine. 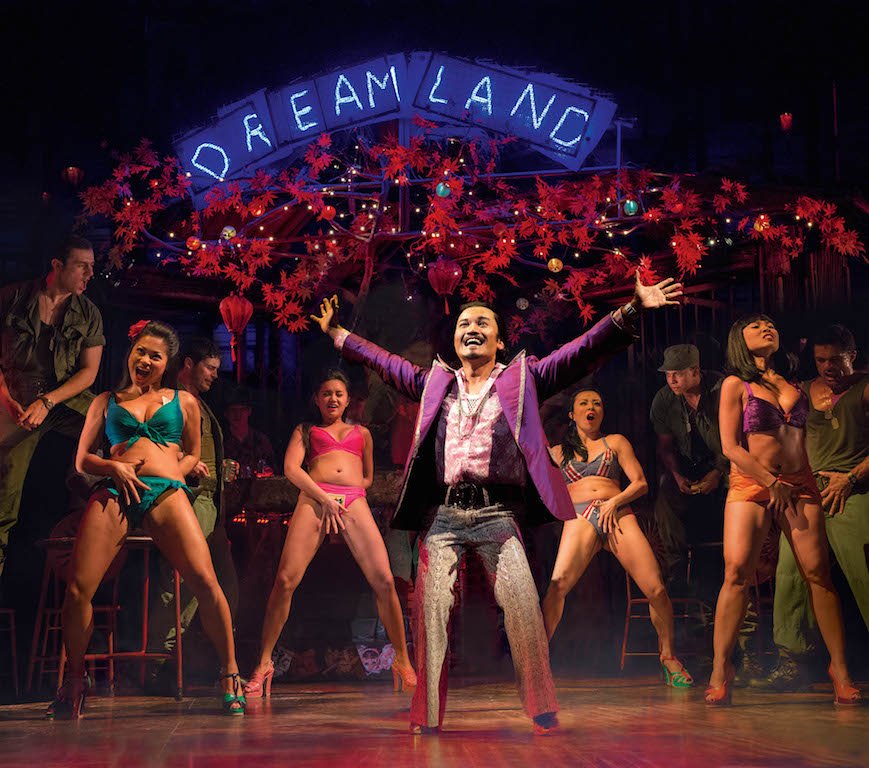 Jon Jon Briones is phenomenal in the slick and empty Miss Saigon revival.

While Natasha, Pierre makes imaginative use of its set, the new revival of Miss Saigon (Rating: NN) dumps a lot of money onstage – including a new variation on that famous helicopter moment – but can’t compensate for the utter emptiness of the material.

Alain Boublil and Claude-Michel Schönberg’s updating of Puccini’s Madama Butterfly in Vietnam has never been my favourite show. The book is convoluted and confusing, the characters shallow, the music syrupy and banal.

But at least this production, imported from London’s West End, features an actual Asian actor in the best role – that of pimp/opportunist the Engineer. (Caucasian actor Jonathan Pryce originated it.)

Jon Jon Briones is phenomenal, cockily strutting, scheming and grasping his way through the part, pulling out all the stops in his big number, The American Dream, complete with updated Trump joke.

He’s much more watchable than the sweet-voiced but charisma-less Eva Noblezada as Kim and Alistair Brammer’s bland Chris, who are both upstaged by that helicopter. 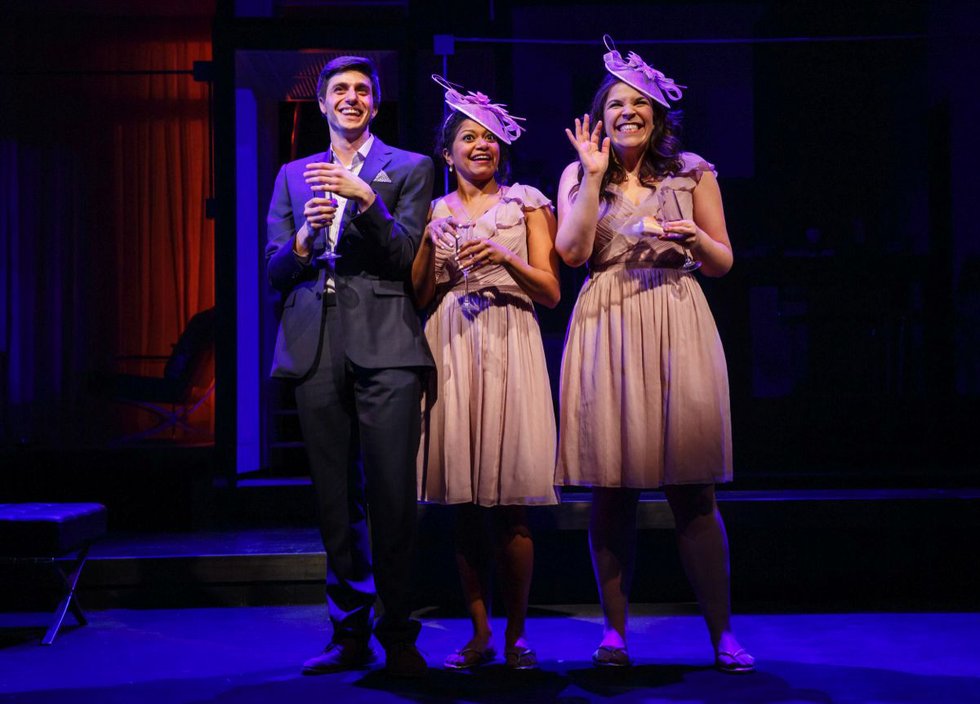 The Broadway transfer of Joshua Harmon’s Significant Other (Rating: NNN) gives it a weight I don’t think it can support.

It’s a bittersweet comedy about Jordan, a late 20s gay man (Gideon Glick) whose support network of straight female friends is disappearing as they all get married.

Harmon’s writing has been compared to the late Wendy Wasserstein’s, and he certainly has a way with one-liners.

But although Glick gets deep into the role, especially in the play’s best scene, where Jordan lashes out at his bestie (the soulful Lindsay Mendez) about her upcoming nuptials, it’s hard to care about the frustratingly self-involved character. The show is, however, an opportunity to see living legend Barbara Barrie as Jordan’s grandmother, who subtly puts his angst in perspective. And you’ve got to love a play that references a Celine Dion ballad. (The show closes April 23.)

This off-Broadway Sweeney will make you swoon.

London’s Tooting Arts Club is a site-specific company, and they’ve made the Barrow Street Theatre look like an actual pie shop, complete with communal eating tables. (You can order a pie and mashed potatoes before the show.)

This Sweeney is literally in-yer-face. The bug-eyed, razor-wielding Sweeney (Jeremy Secomb) prowls the space – even striding on the tables you’re sitting at – looking for victims, while Siobhán McCarthy’s Mrs. Lovett attempts to make a pie right in front of you.

Clever lighting effects and subtle sound cues help suggest lots of the violence, and director Bill Buckhurst even makes use of the show’s interval to further the plot.

The cast, backed up by a three-person band that sounds much larger, is magnificent, finding the drama, romance and pain in Sondheim and Hugh Wheeler’s Grand Guignol masterpiece.

Read about the Broadway premiere of homegrown musical Come From Away here.