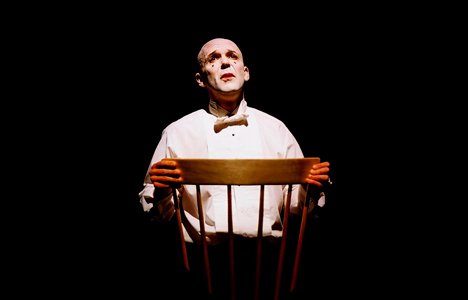 Bremner Duthie’s been hauling around this revue of songs by Kurt Weill for nearly a decade, so you’d think he’d have sharpened it by now or at least been skilful enough to scale it down to an intimate venue like Kensington Market’s Bread & Circus.

But the show, which repeats every Tuesday until March 2, feels arch and pretentious, especially the material connecting the songs. Duthie’s penned a clichéd monologue about a down-on-his-luck cabaret performer addressing a theatre critic and asking for a good review – or at the very least a pullable quote.

Duthie’s hard-drinking, brittle alter ego goes through the standard getting-ready-backstage routine (underwear to tux in an hour!), but there’s little shape or emotional resonance to the narrative.

The songs, though, are full of drama and passion. Backed by pre-recorded accompaniment, Duthie uses his big, booming baritone – sometimes too powerful for the venue – to good effect, especially when he displays the sinister edge of a standard like Mack The Knife.

Awkwardly directed by Tracy Darin, Duthie goes through the motions, but it’s a joyless journey because he lacks the cabaret performer’s essential quality: charm.[rssbreak]