By Glenn Sumi and Katarina Ristic 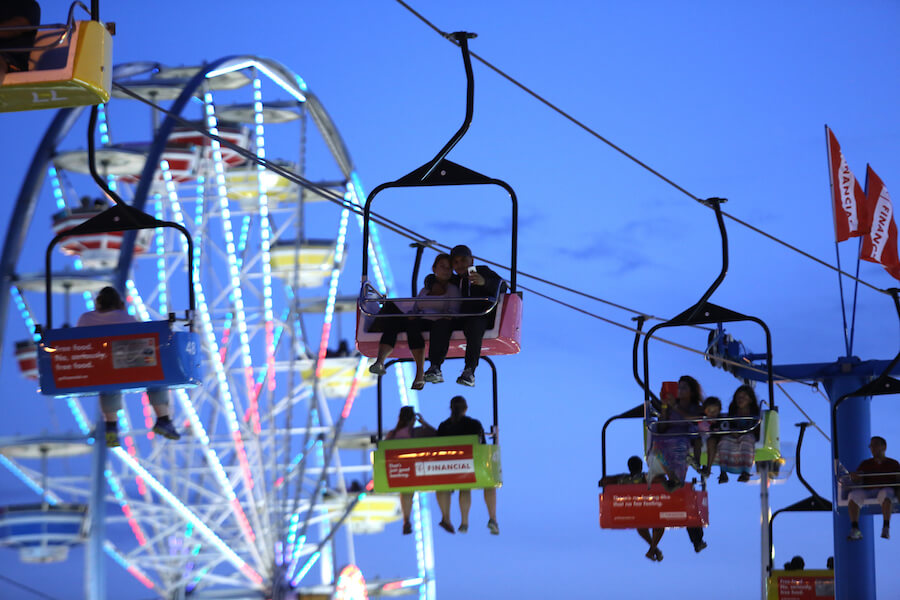 The official beginning of the end of summer, the Ex, is back after two years. This year’s edition features daily multimedia and drone shows, a casino, the Gaming Garage, Bandshell concerts (Bruce Cockburn and Hawksley Workman will be there this Saturday), the food building and food truck festivals to fill your belly and the midway (to empty it). One of this year’s crazy treats is mustard and ketchup soft serve ice cream. You can have each one separately or swirled together. Plop a hot dog between them and make your own freaky banana split.

The theme of the 22nd edition of this popular festival is “Eight Immortals.” In Chinese mythology, the Eight Immortals are believed to know the secrets of nature. The weekend will feature Lion and Dragon Dances and other cultural performances, traditional street eats and family activities on Huron Street.

August 20-21. Free. West side of Spadina, between St. Andrew and Sullivan. chinatownbia.com

Summer Of Soul & Whatever Happened To Jackie Shane?

Toronto Picture Show’s outdoor screening series presents the music documentary by Ahmir “Questlove” Thompson about the 1969 Harlem Cultural Festival. Overshadowed by Woodstock that year, the event was ignored by media and footage of the concerts sat is storage for 50 years (read our 5N review of the film). The feature is preceded by the short film Whatever Happened To Jackie Shane?, made by local filmmakers about the transgender artist who had a massive impact on Toronto’s queer scene.

This celebration of the diverse culture, music and cuisine of the Americas will feature an empanada competition and an arepa-eating contest, as well as live performances, including the colourful Night Of Carnavals presentation on Saturday and Colombian singer/guitarist Oscar David on Sunday.

Shakespeare in Action presents two events that explore stories passed along through our families and ancestry. Created by local youth, the Beyond My Skin photography exhibit can be seen at Raymore Park during the day. About a kilometre north at Little Avenue Memorial Park, the company presents a play by M.J. Kang in the evenings. In Harabogee & Me, an impatient little girl just wants to play, but her grandfather insists on telling her Korean folktales.

There is more outdoor theatre this week in addition to the Weston Folktale Festival. In the east end, Guild Festival Theatre presents Chekhov’s Shorts, four short plays reimagined as a vaudeville-style show. And at Withrow Park, Shakespeare in the Ruff will preview Otîhêw, an Indigenous reimagining of Othello by PJ Prudat, on Sunday evening (opens August 23).

We want Chili Willy! Some 35 years later, do the Peppers still come on stage wearing only a gym sock on their members? You won’t know unless you go. The concert features opening sets by the Strokes and Thundercat, whose 2017 album Drunk included “meowing, farting, snoring, heartache and mourning.” Sounds like this could be the concert event of the summer.

Head out to the little Jamaica neighbourhood to immerse yourself in Rastafari and reggae culture. Friday night features an open mic, music and dance near Reggae Lane, while Saturday’s main event features arts and craft vendors, ancestral drumming, dance, music, ital cuisine and live performances by reggae artists at the parking lot near Dufferin.

Want even more events? Check out our Hot Summer Guide list of 50 things to do this summer.