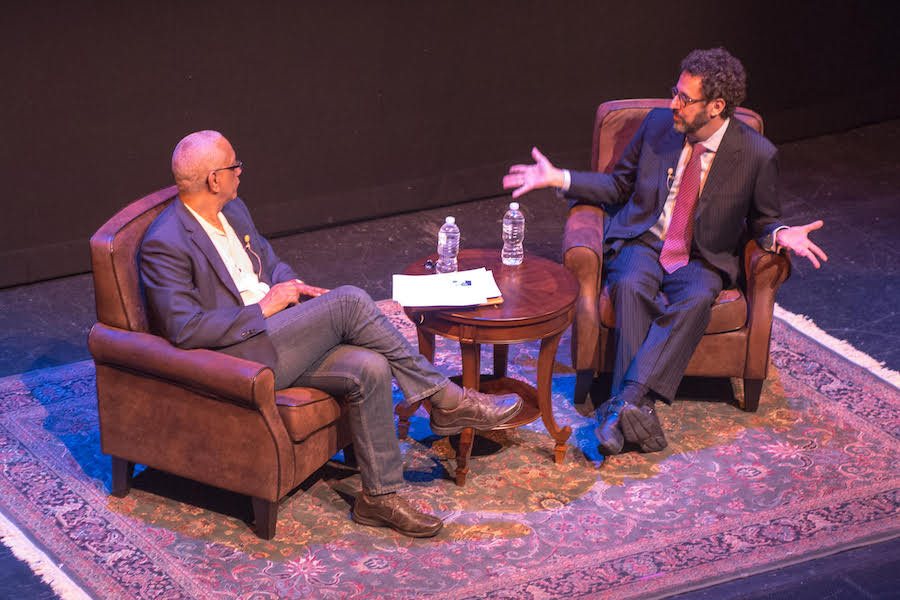 The United Jewish Appeal disassociated from a Koffler Centre talk between Philip Aiken and Tony Kushner in 2016.

Hundreds of artists and arts organizations have signed a petition calling on the Koffler Centre of the Arts to divest and cut ties to the United Jewish Appeal (UJA) Federation.

“While the Koffler has shifted to a social justice mandate, presenting work that is critical of settler colonialism and working with numerous racialized and politicized artists and organizations, this has not been extended to the Palestinian context,” reads the petition, which is signed by organizations like the Chinatown Biennial, South Asian Visual Arts Centre and Xspace Cultural Centre.

“This is artwashing,” the petition states, “in service of obfuscating its relationships to funders that uphold Israeli apartheid, namely the United Jewish Appeal (UJA) Federation.”

The petition, which pledges a boycott of the Koffler Centre should it choose not to divest, says the UJA has “explicitly Zionist” goals.

The UJA’s strategic plan mentions strengthening Toronto’s Jewish community ties to Israel and a focus on combatting the Boycott, Divestment, Sanctions (BDS) movement. The latter is a Palestinian-led international movement inspired by the South African anti-apartheid movement and which calls on divestment from Israel.

The UJA is raising funds to support Israel and “initiatives related to the current crisis.” Eleven days of armed conflict between Israeli Defence Forces and Hamas in the Gaza Strip ended last week with an Egyptian-brokered ceasefire. More than 250 people were killed, the vast majority of them Palestinians.

The fundraising drive, according to the UJA’s website, is supported by, among others, real estate companies RioCan and Metropia.

Tony Hewer, director of marketing, communications and archives at Koffler, said in a statement: “The Koffler Centre of the Arts has received the joint letter from artists raising concerns about our organization and funding relationship. We take the views of the artistic community seriously and are engaging in internal dialogue about how to address the issues raised and provide a response.”

The Koffler has received the joint letter from artists raising concerns about our organization and funding relationships. We take the views of the artistic community seriously, and are engaging in internal dialogue about how to address the issues raised and provide a response. pic.twitter.com/qOj6GLvzHw

The UJA once disassociated from a 2016 talk the Koffler Centre hosted with Angels In America playwright and Munich screenwriter Tony Kushner because he sits on the advisory board of a group called Jewish Voice for Peace (JVP). UJA said it opposed the JVP’s support for the BDS movement. Kushner, who is critical of Israel but didn’t support BDS at the time, told the Globe and Mail that he was “disgusted” with the UJA and compared the organization’s tactics to McCarthyism.

The petition describes a 2009 incident when the Koffler Centre cut programming with Jewish artist Reena Katz, aka Radiodress, who supported Israeli Apartheid Week, a series of lectures and rallies at the University of Toronto on the human rights situation in Palestine.

“To refer to Israel as an apartheid state is to call Israel a criminal state and to suggest that it be shut down,” Koffler’s former executive director Lori Starr told NOW’s Susan G. Cole at the time.

The petition notes that there has only been one instance where work by a Palestinian artist was showcased in Koffler’s 44 exhibitions. That was part of a group digital publication in 2020.

“For an organization whose mandate is ‘to value and foster social justice, equality and inclusivity,’ the absence of Palestinian narratives within its programming, or of critiques of the Zionist settler colonial movement, sends a clear statement on who deserves justice and equality and who doesn’t,” the petition states. 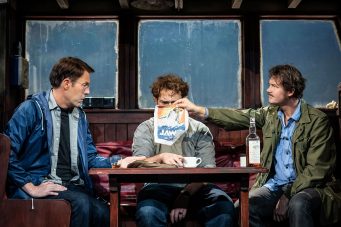