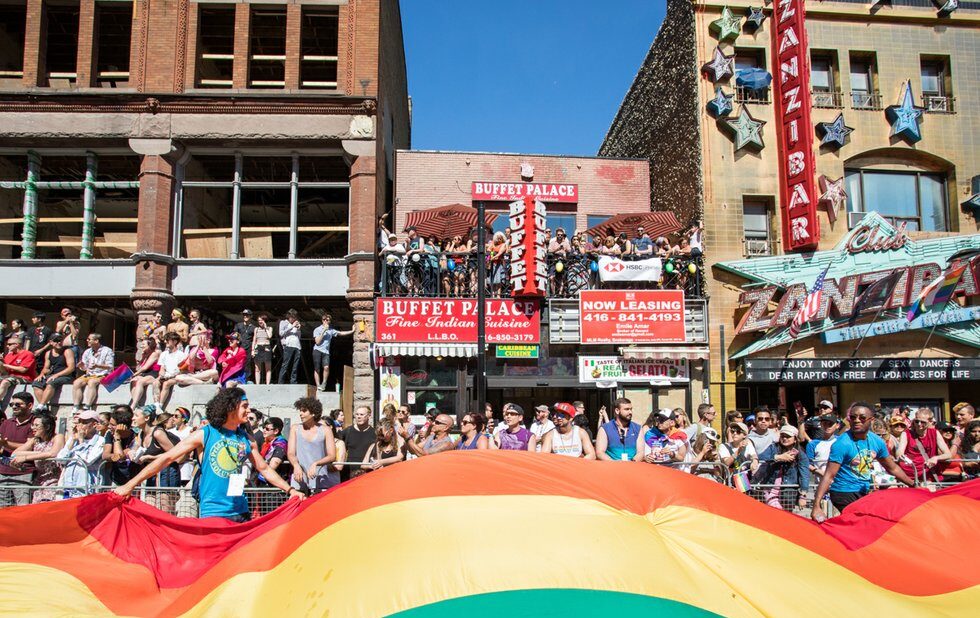 Pride Toronto will host the annual event, which attracts over a million people, at 2 pm on June 28  as the culmination of its month-long Virtual Pride festivities.

“The Virtual Pride Parade will stay true to our political roots and reflect our community,” the organization said in a statement. “We will honour our courageous past, celebrating how far we have come and will remain vigilant to the ongoing needs of our community. We will help bring issues to light, challenge convention, support our community and promote safety.”

Specifics of how the parade will happen online have yet to be announced.

Pride was forced to cancel the parade and other events after Mayor John Tory suspended city-run events and city-permitted events through June 30 as part of public health measures to curb the spread of COVID-19.

Provincial health officials have since said large public gatherings, including concerts and sporting events, will continue to be restricted for the “foreseeable future.”

Pride Toronto has now started rolling out plans for Virtual Pride, which will kick off on June 1 with a livestream of Tory proclaiming Pride Month and raising of the rainbow and transgender Pride flag. Residents are being encouraged to hang the flags in their windows, doorways and balconies.

The rest of the month’s events will take place online with a focus on “local queer and trans trailblazers” and a lineup of DJs, performers, drag artists, singers and dancers, with an emphasis on “women in music and BIPOC artists,” Pride said.

The online partying also starts on June 1 in partnership with Club Quarantine, the local queer and trans virtual party that has attracted a global audience.

Club Q will be the venue for “online gala” FEEYASS!, which will be hosted by The House of Monroe and feature house and ballroom DJ sets by Toronto’s Sandy Duperval and American ball scene pioneer Vjuan Allure. New York City vogue-ball diva and “International Queen of the bitch track” Kevin Aviance will also perform.

The rest of the lineup has yet to be announced, but expect events featuring local collectives, artists, makers and performers.

“Our virtual festival will be our best representation of what you would have experienced on our physical footprint, with a heavy focus on implementing visual arts and community-focused programming,” Pride Toronto said.

Event details will be posted at pridetoronto.com/virtualpride.