Toronto production of hit musical Come From Away closes permanently 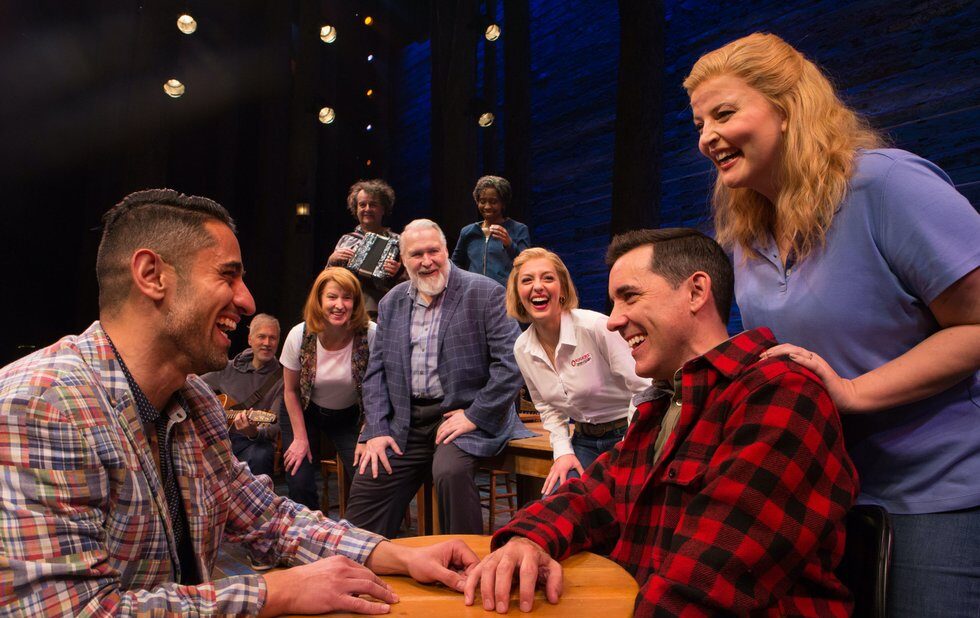 Come From Away, the homegrown, hit musical about resilience and generosity in the face of a global tragedy, has closed permanently because of the COVID-19 pandemic.

David Hein and Irene Sankoff’s show, inspired by real-life stories of Newfoundlanders who took in passengers stranded in Gander after the 9/11 attacks, recently re-opened December 15 at the Royal Alexandra Theatre after being on hiatus for 21 months. Because of the rapid spread of the Omicron variant, it had to close a week later.

“Despite our best efforts, within a week of reopening an outbreak in the backstage company forced us to cancel four performances, with the hope that we would resume on December 28,” said producer David Mirvish in a press release last night.

“But during this short break, it became bluntly apparent that it would be impossible to continue when this incredibly contagious variant has sent case numbers soaring.”

(Disclosure: I’m a minor investor in the show, which I first saw in workshop form at Sheridan Theatre’s Canadian Musical Theatre Project.)

Box office sales were more than $115 million, of which more than $15 million was in HST. The estimated economic impact to the Toronto economy was $920 million. It created 9,000 employment weeks for cast, stage managers, musicians, crew members and front-of-house workers.

The Tony Award-winning show is currently in its fourth year on Broadway, where it reopened at the Gerald Schoenfeld Theatre on September 21, 2021. An Australian production is currently playing in Sydney through January 2022. The Olivier Award-winning production reopened in London’s West End on July 22, 2021. And the North American tour continues to do well. It travels to Greensboro, NC today.

A filmed version of the musical, captured at a live performance in May of this year, premiered on Apple TV+ in September and is currently available for streaming.

Mirvish pointed out that in other parts of the world, governments have helped support the commercial theatre sector “by offering a financial safety net for the sector to reopen and play during the pandemic, thus protecting the tens of thousands of good jobs the sector creates.

“But,” he continues, “in Canada there is no such government support. And without such a safety net it is impossible for the production to take yet another extended hiatus. The costs of reopening a second time are prohibitively high and risky.”

Since the news broke last night, hundreds of theatre lovers and industry folks have been active on social media, some asking for federal assistance.

“We need to ask the government to extend the 75 per cent wage subsidy of new Tourism and Hospitality Recovery Program to all on a theatre’s regular payroll – not just employees,” suggested Tim Jennings, the executive director of the Shaw Festival, on Twitter. “That will help our theatre gigworkers (actors, musicians) and directly support all our workers.”

Indie rock band Stars tweeted “politicians don’t give a shit about artists. please write and let them know that their ignorance of art’s importance to our economy and society is going to lose them votes. because that’s all they care about.”

Meanwhile, the show’s creators, Hein and Sankoff, tweeted that they were “utterly heartbroken. There’s no words to soften the blow of our Toronto production needing to close permanently because of this virus. SO incredibly proud of this company, our friends, who represented Canadian musical theatre so well and who truly lived the message of this show.”