The team is sitting out its game against the Orlando Magic in protest of the shooting of Jacob Blake, one day before the Raptors and Boston Celtics considered their own boycott 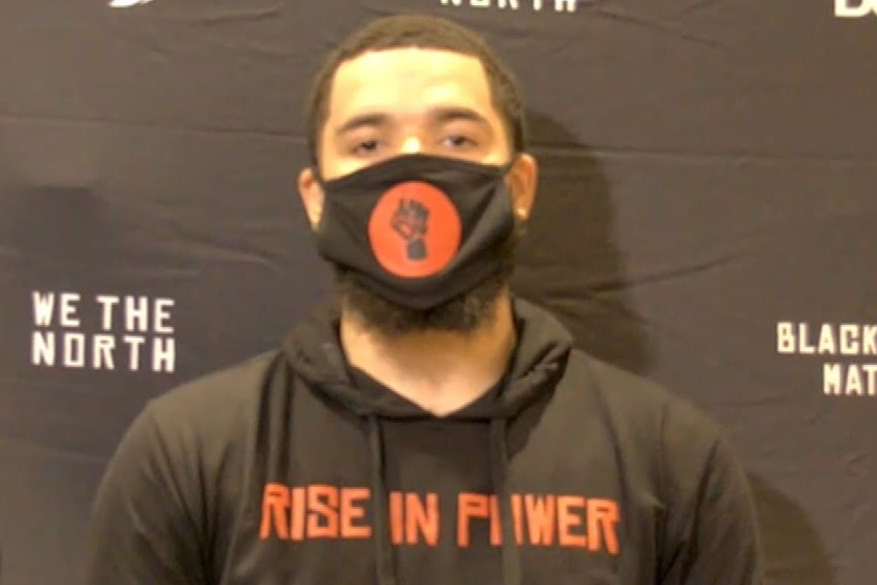 The Milwaukee Bucks are sitting out their NBA playoff game 5 against the Orlando Magic, which was set to take place today, August 26, at 4 pm ET.

The labour action is a protest against the shooting of Jacob Blake, the latest case of police brutality against an unarmed Black person caught on video. The shooting happened in Kenosha, Wisconsin, so it’s fitting the first boycott would happen from Milwaukee’s basketball team.

The decision follows talk from the Toronto Raptors, who are scheduled to begin their round two playoffs series against the Boston Celtics tomorrow (Thursday, August 27) at 6:30 pm. Players from both teams have reportedly discussed a boycott.

Players from the Celtics and Raptors reportedly met on Tuesday night and will meet again Wednesday night to decide their course of action against police brutality and systemic racism.

Now, there are reports that the Houston Rockets, Oklahoma City Thunder, Los Angeles Lakers and Portland Trail Blazers, all of whom were scheduled to play today (August 26), are also striking.

Following the plans to boycott, the NBA has announced they will be postponing and rescheduling the games.

NBA players will meet collectively tonight in Orlando to discuss their next steps.

Part of the agreement for the players to resume the suspended NBA season in a bubble in Orlando was to use it as a platform for social justice. The players have collectively kneeled during the national anthems, worn pre-approved social justice messages on their jerseys and played on courts emblazoned with Black Lives Matter. But some players are now saying the messaging isn’t provoking real change, especially after watching the video of Blake shot seven times in front of his children.

“Coming down here and making the choice to play was supposed to not be in vain, but it’s just starting to feel like everything we’re doing is just going through the motions and nothing’s really changing. And here we are again with another unfortunate incident,” Raptors guard Fred VanVleet told reporters on Tuesday.

“At the end of the day, if we’re gonna sit here and talk about making change, then at some point we’re gonna have to put our nuts on the line and actually put something up to lose, rather than just money or visibility. I’m just over the media aspect of it. It’s sensationalized, we talk about it every day, that’s all we see, but it just feels like a big pacifier to me.”

“I think everybody’s at the point (where) sitting up here and saying Black Lives Matter – and sitting up having discussions and Zoom calls and this, that and the other, putting apparel on – that’s not getting the job done,” his Raptors teammate Norman Powell said. “Taking the knee for the anthem, that’s not getting the job done. It’s starting to get washed out. I feel like Black Lives Matter is just another part of conversation now because you see it so much. It’s everywhere.

“It’s kind of getting to the point where I see Black Lives Matter and it’s an everyday thing… something has to happen, to [get to] where you’re forcing those people who can effect and make the change to do something.”

Celtics player Jaylen Brown and Los Angeles Clippers coach Doc Rivers have also spoken passionately about the ongoing police brutality against Black people. VanVleet has commented on the fact that the NBA players, who are majority Black, are the ones forced to speak up about systemic racism while they are also the victims of it. .

Yahoo! Sports reported other teams had been talking about the possibility of a boycott, and the NBA Players Association will support the players either way. Now that the boycott is on, the status of the resumed season is uncertain.