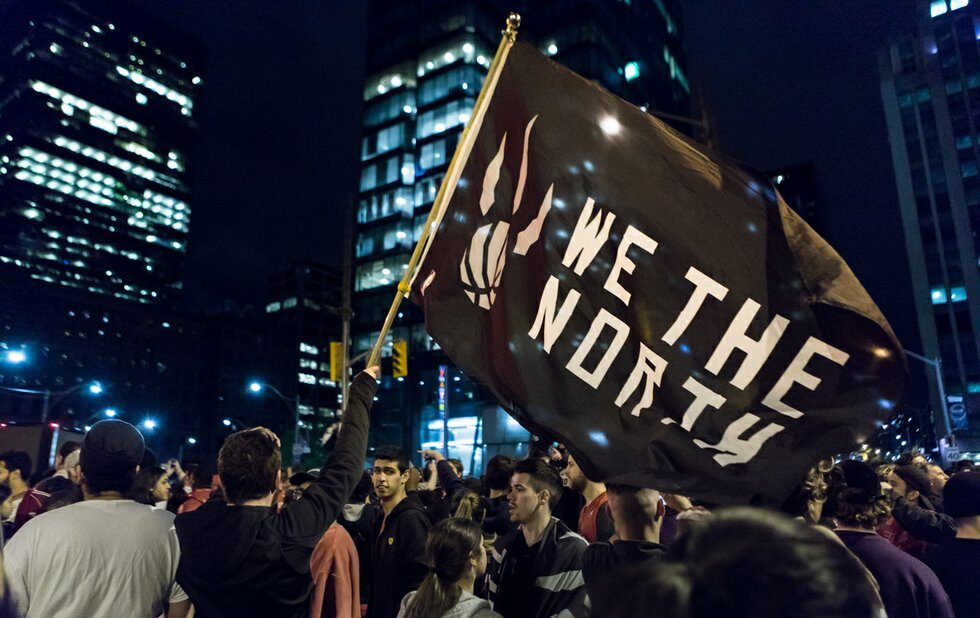 Fans celebrate the Raptors championship in 2019.

After getting denied by the federal government of Canada to play at their home stadium, Scotiabank Arena, the Toronto Raptors will now reportedly open their season in Tampa, Florida. They will play all their home games there until further notice.

After a very long mid-season break due to the COVID-19 pandemic, the NBA is facing its shortest offseason in history. Just 71 days after the Los Angeles Lakers won the 2020 NBA championship, the 2020/2021 basketball season is set to begin just before Christmas, on December 22.

Unlike the last one, this season won’t be in a “bubble” where all the players stay and play, but will instead take place in teams’ home arenas. There will likely even be some fans in attendance.

All, maybe, except the Toronto Raptors. With the season rapidly approaching, it’s uncertain if the NBA’s sole Canadian team can play in Toronto due to travel restrictions between Canada and the United States.

This is all too familiar for Toronto sports fans, as they had to wait a while to find out where Toronto Blue Jays would play out the 2020 MLB season. They eventually settled on Buffalo’s Sahlen Field as their “home” ballpark.

Buffalo is again one of the main cities courting the Toronto NBA team, but they’re not alone.

Other cities that have been linked to the 2019 NBA champions include Nashville, Kansas City, Tampa Bay, Syracuse, Louisville and Newark. None of those cities has an NBA team, though many have vibrant college basketball followings and would thus have some facilities needed for an NBA team.

There’s one more city hoping to host the Toronto Raptors next season: Toronto. The team has been trying to work out a deal with the league and the government to keep the team in Toronto, but it’s not easy. They’d need approval from the league, the players’ association and all three levels of government.

Considering the Blue Jays were vetoed by the federal government a few months ago, and the COVID numbers have gone up since then, it seems unlikely. Given the current restrictions on indoor gatherings, it seems even less likely they’d let any fans into Scotiabank Arena (though they have been surveying season tickets holders to see if they’d be willing).

The players would also need some sort of agreement to get around the 14-day quarantine required every time they cross into Canada.

So where will the Raptors play next season?

Sports betting site Bodog is taking bets, and so they’ve put together the odds. Here they are as of November 10, listed in order of most to least likely:

Nashville, whose Bridgestone Arena (home of the Nashville Predators hockey team) the Raptors visited this past week, has the lowest odds, meaning it’s the most likely according to Bodog. Toronto is second.

Reports are that the NBA will have teams play multi-game series with each other to reduce travel. So the team is reportedly favouring a location close to Toronto where they could play against their usual divisional rivals. But there are many factors, including COVID protocols in each state, accommodations, how TV-ready the facilities are and more.

We do know there will be basketball by Christmas. How soon you’ll be able to see Kyle Lowry and the rest of the Raptors is another question.