NOW MagazineCultureToronto Wolfpack are sitting out the 2020 rugby season

Toronto Wolfpack are sitting out the 2020 rugby season

Plus, the Blue Jays are denied the option to play baseball in Toronto and more pandemic sports news 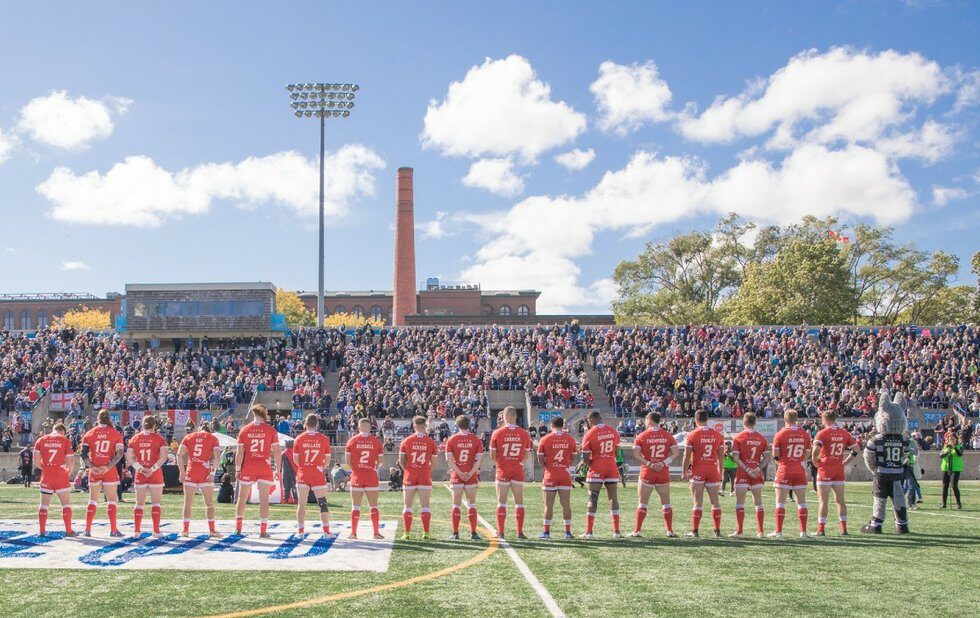 We might be in the middle of a pandemic, but we’re about to be knee-deep in multiple sports seasons. Several Toronto teams are getting ready to kick off, but the Toronto Wolfpack won’t be hitting the pitch.

“The COVID pandemic has presented unexpected and overwhelming financial challenges to the Wolfpack organization,” the professional rugby team wrote in a statement posted to Twitter. “Greatly reduced ticket, sponsorship, merchandise and game day revenue streams have resulted from the loss of all 11 of the team’s Super League games in Toronto.”

The team, which plays in the Super League within the Rugby Football League, had hoped to play some games at their home field of Lamport Stadium.

The team had made a partnership with Vancouver-based firm TraceSafe to provide fans with wearable contact-tracing bracelets in anticipation of COVID-19 regulations easing up.

But it soon became clear that would be impossible, and they’d be playing the season in England.

The team is ineligible for £16 million in rugby-team loans from the UK government – or British TV revenue – so they were relying on stadium revenue to cover salary cap, venue rental and COVID testing costs.

According to the statement, Toronto Wolfpack’s majority owner David Argyle has guaranteed player and staff payroll for the season.

The cancellation puts the Wolfpack’s future in jeopardy. The team had success over the last few years, won a promotion to the Super League and built a strong local following.

“Betfred Super League and the RFL are very disappointed to learn that Toronto Wolfpack will not be able to fulfil their obligations to Super League 2020,” the league said. “A discussion around the longer-term consequences and the future of the Wolfpack in Super League will commence shortly.”

The Wolfpack are not the only Toronto team without a home for the upcoming season.

After getting permission from Mayor John Tory and Ontario Premier Doug Ford to play in Rogers Centre, the federal government denied the Toronto Blue Jays permission to play home games. As the only Major League Baseball team to play in Canada, Jays home games would require players to regularly cross the U.S. border, a health risk during the pandemic.

With the season starting this week, the Jays still have nine days before their first “home” game and no place to play it.

The #BlueJays won’t be playing home games in Toronto this season: https://t.co/cTs5ooSggl

The team is reportedly considering their minor league home of Buffalo (whose ballpark presents lighting and other issues) or their spring training home in Dunedin, Florida (a COVID hotspot). Now, the Jays are might share a stadium with another team like the Pittsburgh Pirates or Baltimore Orioles. They would play without fans in the stands, so home-field advantage won’t be as much of a factor as usual.

The Maple Leafs should not have the same issue as the Jays since NHL teams will all stay in one city. Similar to the Toronto Raptors and the rest of the NBA, which is “bubbling” within Disney World in Orlando, the teams will all stay at Hotel X and the Fairmont Royal York.