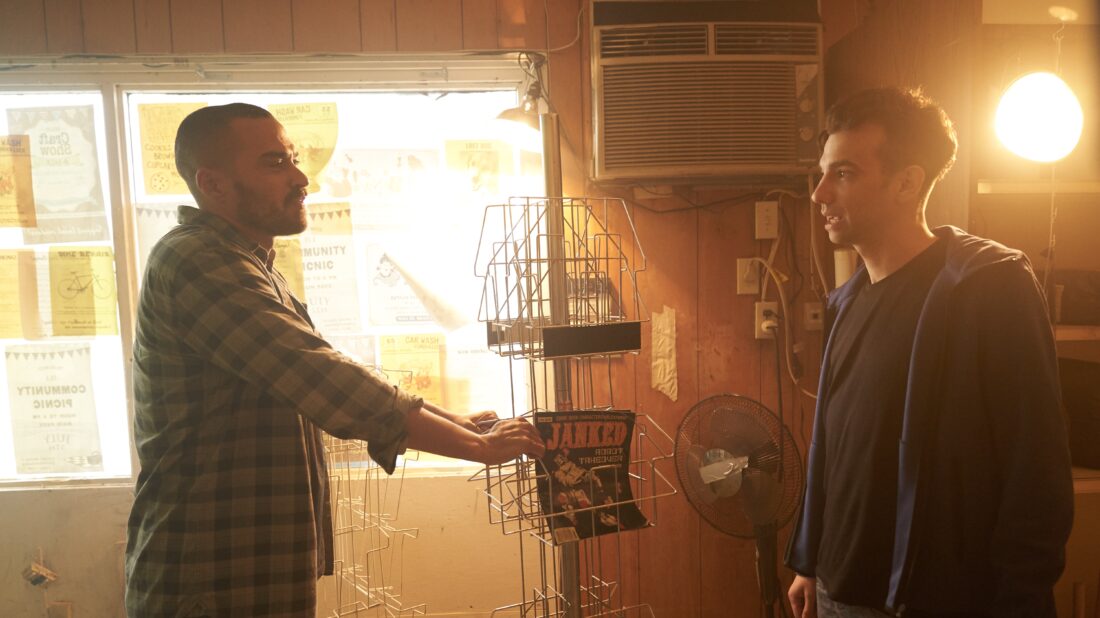 Jesse Williams and Jay Baruchel in a scene from Random Acts Of Violence.

In a 2010 interview, Jay Baruchel told NOW about a horror movie he was developing with his co-writer Jesse Chabot. That project isn’t Random Acts Of Violence, the slasher movie Baruchel directed about a copycat killer.

The latter film is hitting select theatres and digital and on-demand platforms July 31. The horror movie Baruchel and Chabot were writing a decade ago was about a racist police officer hunting down Black teens.

Over the past 10 years – as we witnessed the murders of Mike Brown, Tamir Rice, Eric Garner, Sandra Bland, Breonna Taylor and George Floyd – I’ve thought about that movie a lot. I wondered if the Canadian film industry was too timid to get behind a movie like that.

“Too young and too white to make this”

According to Baruchel, that’s not exactly the case.

“We were like, ‘We’re too young and too white to make this’,” he says, explaining the decision to back away from a project that could potentially exploit other people’s trauma.

“When you want to create ideas for a living, you can get in love with just having come up with one,” says Baruchel, explaining how the tension between police and the Black community can seem like fertile ground to mine something potent. “We were pretty high on ourselves, like ‘No one else has done this!’”

You can see the rest of that conversation in the video below, along with a discussion on the true crime genre. That genre blew up after podcasts like Serial and shows like Making A Murderer, and took some really uncomfortable turns with a series like Don’t F**k With Cats. Baruchel explains why the series on Luka Magnotta doesn’t sit well with him.

The recent introspection within the true crime genre weighs heavily over Random Acts Of Violence. In it, a comic book writer (Jesse Williams) has to grapple with how the sensationalized violence in his art inspires a murderer.

Watch the interview with Jay Baruchel below, and read NOW’s review of Random Acts Of Violence here.