Plastic packs of dried flavour-spiked ramen may be one of the cheapest ways to get full in a hurry, but you might be swallowing more controversy than you bargained for. 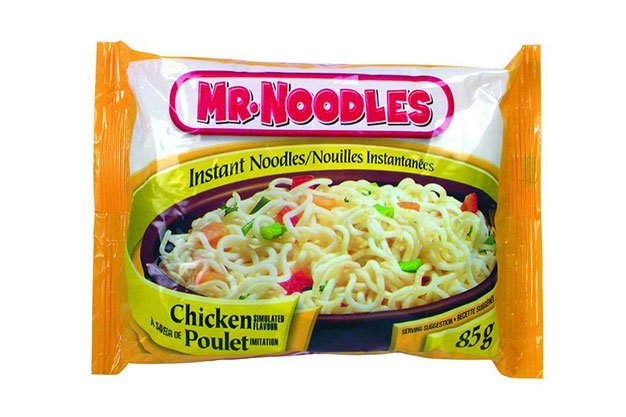 These popular made-in-China noodles may be loved by hungry students, but they get an F for some pretty questionable contents. Like most instant ramen, they’re fried in palm oil, an ingredient that’s been singled out for years for its rampant rainforest-razing, threatening endangered species like orangutans. Multiple reports say the palm oil industry is also rife with human trafficking, child labour and forced labour. While other food brands have committed to deforestation-free, conflict-free palm, we haven’t heard a peep from Mr. Noodles. Also contains artificial flavours and MSG. 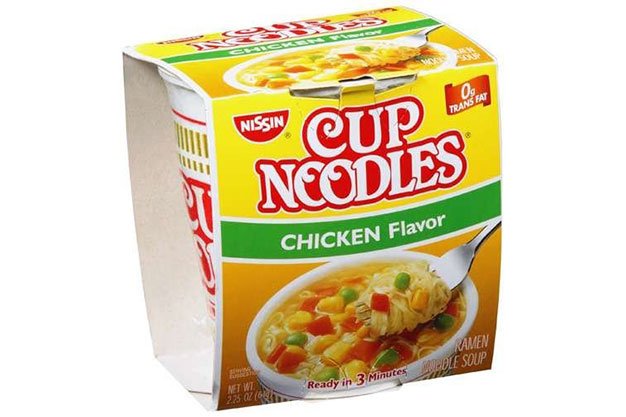 One of North America’s biggest instant noodle makers, Nissin has been at the centre of some heavy protests thanks to the dodgy palm oil in its products. The company insists it’s committed to “sustainable” palm, but Rainforest Action Network (RAN) says Nissin is an industry laggard that needs to beef up its policies to cut out conflict palm tied to rainforest destruction and human rights abuses. 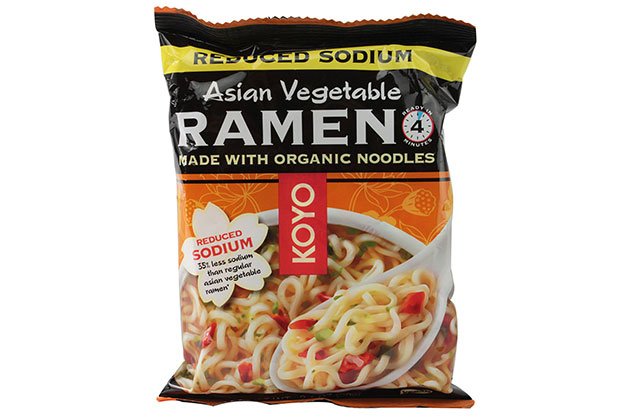 Ah, finally, some palm-free ramen. Koyo noodles are made with organic “heirloom” wheat flour and baked instead of fried, unlike mainstream brands. Plus, they’re free of junky ingredients like the low-grade rendered chicken fat and partially hydrogenated soybean oil used by the other guys. Lotus Foods uses organic white, brown and black rice and millet blends. While rice and particularly brown rice products do contain trace arsenic, Lotus maintains that its levels are amongst the lowest on the market. The rest of the ingredients in both brands are all natural (though not organic), with no artificial flavours, preservatives, GMOs or MSG. 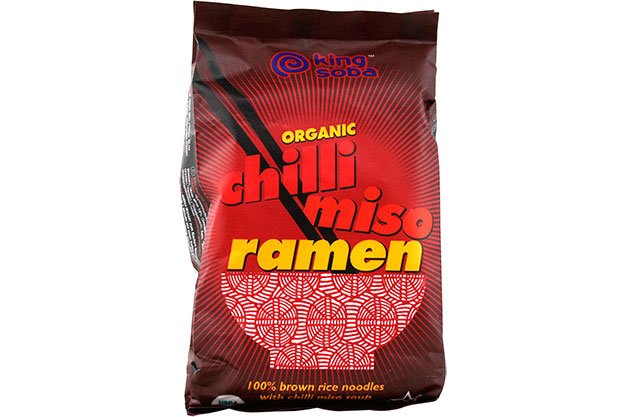 For store-bought instant ramen, King Ramen is top of the heap when it comes to filling your belly with planet-friendly goodness. It’s 100 per cent certified organic, vegan and gluten-free, with all organic brown rice ramen noodles, miso, tamari and veg. The downside is that brown rice and brown rice pasta generally contain higher levels of trace arsenic than white rice, so Consumer Reports suggests limiting your intake to a couple of servings a week. 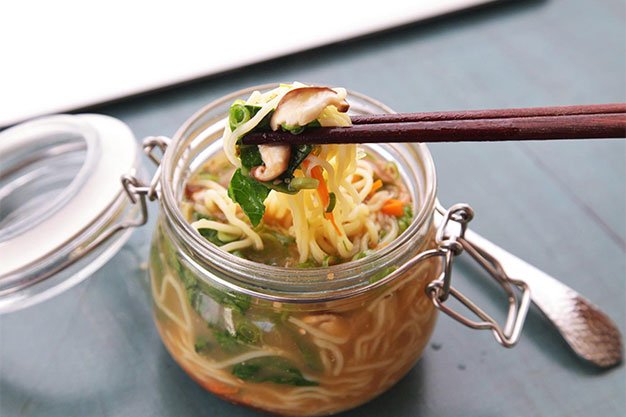 Take control of your ingredients by making your own semi-instant noodle soup. It’s super-easy, tasty and as organic as you like. Get yourself some quick-cooking rice vermicelli or par-cooked wheat- or rice-based ramen or udon. Toss in a little organic miso paste with optional dashes of soy sauce, sesame oil, hot sauce and grated ginger. Cram in some chopped, grated or frozen veggies and make a side pack of fresh cilantro and chopped green onions. Shove all your ingredients in a sealable glass jar, and when you want ’em, just add boiling water and let steep for a few minutes. See recipe ideas at seriouseats.com.