NOW MagazineNewsCurtain call-out: Where are the minority voices in theatre?

Curtain call-out: Where are the minority voices in theatre? 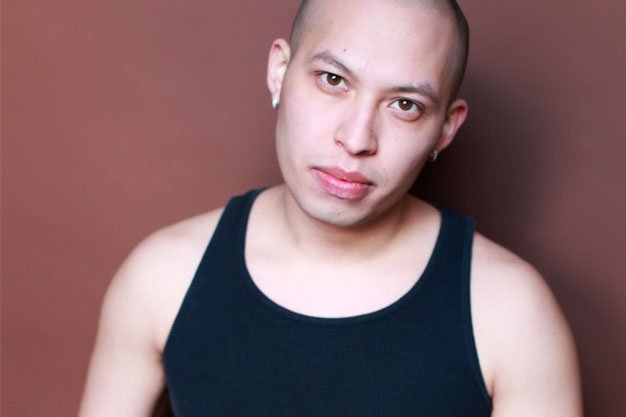 I need to say this. This is an act of frustration. This is me screaming at the top of my lungs out of pain, fear and anger. No, scratch that. This is me pummelling a punching bag, wishing it were a face. Not anyone specifically. But I want you to know where this is coming from. 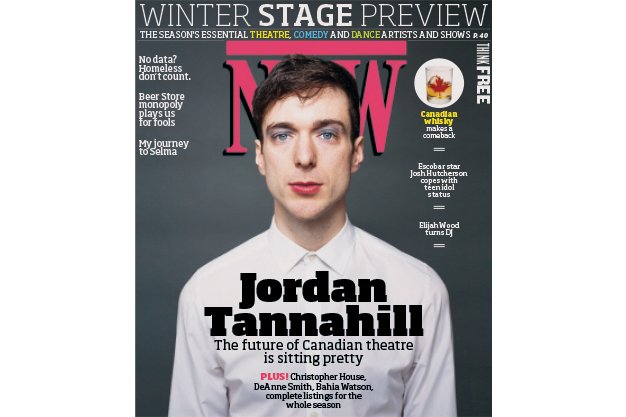 I have no personal or artistic problem with the cover subject, Jordan Tannahill. In fact, the one time I met him he was really nice. I’ve seen his work. I think what he’s been able to accomplish is great, and his recognition stands for itself.

But when I look around the theatre community in Toronto, the future is definitely not, as NOW’s cover claims, “sitting pretty.”

What is it that I find so frustrating?

Caucasian actors onstage telling stories that are supposed to be universal, but can’t be because they lack the realities of anyone who identifies as a minority. We are not all necessarily representative of the so-called “urban” diaspora.

Aside from the realities of being misrepresented onstage, the lack of diversity in theatre is quite frankly tiring.

We have been fighting for so long to be represented. Companies like Obsidian, b current, Aluna, Buddies in Bad Times, Cahoots, Fu-GEN, Theatre Passe Muraille, Factory, Native Earth Performing Arts, the late and great Alameda Theatre Company and many more with a mandate to be the platform for “others” have done an incredible job. Bravo.

So why am I pissed? Because we don’t have enough champions. Our own communities are riddled with economic woes. We lack the support of community members outside the arts who respect and appreciate the work we do. And we don’t have enough artistic champions in positions of power to reshape the way we tell stories and put more diverse artists on main stages.

Sadly, those artistic champions who are currently aiding in providing platforms for new voices are ultimately limited by politics. And tired. CanStage, Soulpepper, Mirvish, Stratford, Shaw, Luminato, I’m looking at you.

And please don’t start naming the diverse actors who have graced or are currently gracing your stages. If you want to impress me, start casting diverse actors in leading roles. A shout-out to Soulpepper here for taking baby steps. I hope the trend continues.

But for most of these companies, these “opportunities” are aimed at fulfilling funding and grant requirements.

Those select few diverse artists who do get a shot fit snuggly into a constricted idea of what serving the community and giving “others” a shot really means.

And I suppose that’s good enough if you think theatre is mostly a business, which I would agree it is. Not enough artists recognize that.

But if this outdated mentality is such a successful business model, why are theatre audiences declining? This is an issue that is affecting the theatre community as a whole, and we’re all struggling to understand it.

I recently attended a discussion on the subject entitled Disappearing Act? A Public Forum on Canadian Theatre and Toronto Audiences, at Theatre Passe Muraille, where a question was asked of the predominantly white audience. “Guys, look around. Where is the diverse voice?” Lo and behold, the maybe eight of us who fell into that category happened to be in the balcony pretty much huddled together.

So where were the rest of us? Creating or not giving a shit. Maybe both. What does it really matter to us if audiences aren’t attending these shows?

If you look at most indie shows/companies, a lot of them are made up of young, diverse artists vying for a shot. We’re not given a proper chance, so we do it ourselves.

I know more and more grants are becoming available, but you need proper training and skills to apply. Most artists lack those skills. It’s a never-ending circle that ultimately leads to frustration, pain and hurt.

Not for you, though, supposed future of Canadian theatre, sitting pretty with resources and outlets to tell “our” story. It’s no one’s fault, really. Or is it?

The worst thing a good person can do is nothing. So maybe it’s really our fault. We complain, we bitch, but are we collectively doing something to change the status quo?

Artists need to start changing the way we look at outdated views of storytelling. I am sick of seeing stories that could feature a multitude of artists and talent but because of a director’s vision the cast is predominately white. Why are we still allowing this to happen?

But who am I, right? I have no awards and only a few theatre credits to my name. I’m only four years out of theatre school. I am a voice among the voiceless, the puppet onstage and the hands behind the curtain. I am creating but I’m mostly watching.

The artistic community is looking for the reasons why audiences are diminishing. Well, I’m here to tell you that they are diminishing primarily because the future of theatre is tired of being misrepresented. We are tired of constantly fighting for small gains. I personally have accepted that unless I create my own platform, I will never have a chance to truly give my artistic voice flight.

I am a voice among the voiceless. And we are many working to create an inclusive community, despite all the barriers.

We are the future of Canadian theatre, and we are not sitting pretty.

Joseph Recinos is director of S.L.I.P. at SummerWorks Theatre Festival. He is currently on tour in the U.S.