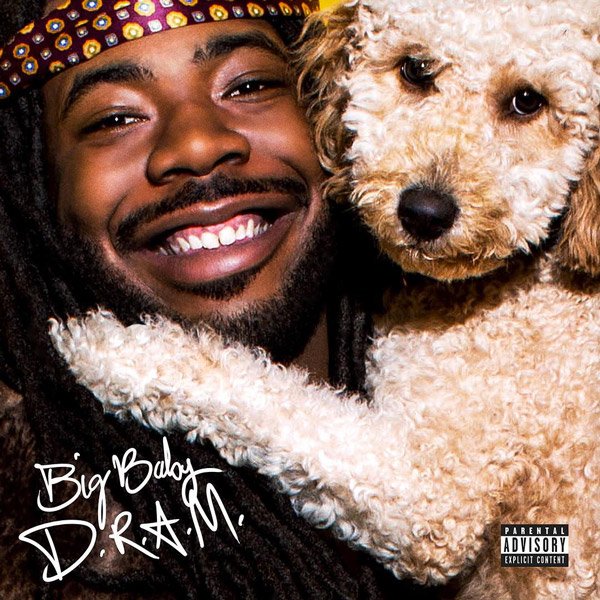 Virginia rapper/singer D.R.A.M.’s moniker is an acronym for Does. Real. Ass. Music. It’s a statement both dead serious in its confidence and playful in its audacity, a perfect summing up of who D.R.A.M. is. Here’s a guy whose breakout single, 2015’s Cha Cha, is literally an ode to Cuba’s version of the two-step. (Famously, the beat inspired Drake’s Hotline Bling – D.R.A.M. insists he was jacked.)

On his debut album, D.R.A.M’s playfulness is underscored by beats that undeniably go hard when he taps into the rapper side of his persona, and he rivals the artistry of classic R&B/soul when he switches into romantic crooner mode. R&B artists have been seriously underemployed on rap hooks ever since rappers started handling their own melodies. D.R.A.M takes this trend and turns it into his own full-on aesthetic.

Misunderstood (featuring Young Thug) displays that style at its apex. D.R.A.M. switches from rapping to singing in the course of a single verse, bleeding the two together by draping his vocals in rap cadences and vice versa. Elsewhere, he fully commits to a sensitive-song-man persona, trading steamy verses with Erykah Badu on WiFi, while equally committing to being an irresponsible stoner on hit single Broccoli (featuring Lil Yachty).

The dizzying array of styles and themes always entertain, and D.R.A.M.’s confidence as both a singer and rapper allows him to pull these threads together. Maybe it’s the playfulness. I mean, just look at the album cover – a broadly smiling D.R.A.M. cheek to cheek with an adorable Goldendoodle – and tell me you’re not sold on whatever pairings he can dream up.