DANCING ARABS Rating: NNNN Where to watch: Netflix Based on. 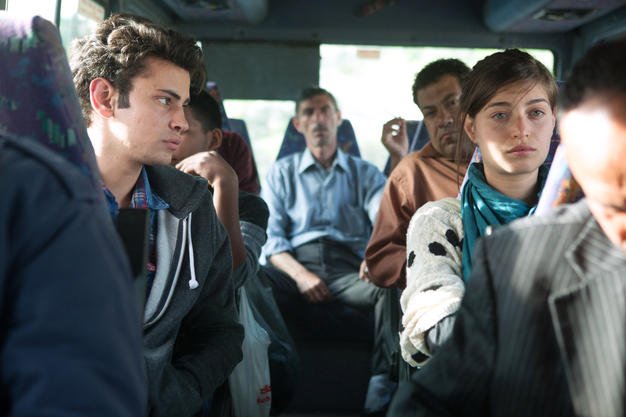 Tawfeek Barhom and Danielle Kitzis take you on an entertaining ride.

Based on the semi-autobiographical novel by Palestinian-Israeli author Sayed Kashua, this intriguing coming-of-ager follows Eyad (Tawfeek Barhom), a gifted, soft-spoken Arab-Israeli kid (Razi Gabareen plays him as a boy) who follows his activist father’s dreams and gets into a prestigious Jerusalem boarding school.

At first he’s ostracized for his lack of Hebrew skills, but soon finds friendship (and forbidden love) with Jewish Naomi (Danielle Kitzis), and kinship with Yonatan (Michael Moshonov), a Joy Division-loving student with multiple sclerosis he meets through a community-service program.

Eyad’s experiences are set against the changing political landscape. There’s a powerful scene of his family cheering Saddam during the Gulf War. And the film’s best scene concerns his deconstruction of Arab stereotypes in the work of Israeli authors.

Barhom is brilliant in a difficult role, but the film – directed by The Syrian Bride’s Eran Riklis – covers so much territory, a lot of character beats get lost. The women in particular get very little to do very little except look on, concerned. 105 minutes. Subtitled.