Harry Potter actor reinvents himself in spooky Woman In Black 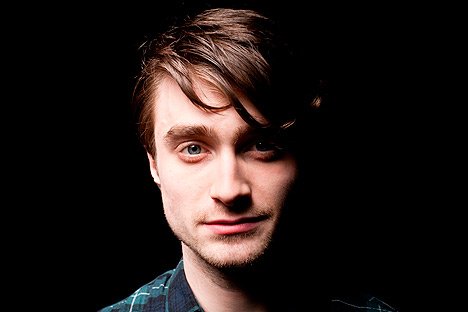 THE WOMAN IN BLACK directed by James Watkins, written by Jane Goldman from the novel by Susan Hill, with Daniel Radcliffe, Ciarán Hinds and Janet McTeer. An Alliance Films release. 95 minutes. Opens Friday (February 3). For venues and times, see Movies.

Moving on after a decade in that iconic role, he’s spent most of the last year singing and dancing on Broadway and gleefully sending himself up on Saturday Night Live. But his new film, The Woman In Black, presents him with a new challenge: silence.

“The Artist has kind of really pissed on our parade,” he says half-seriously during a Toronto press stop. “We thought, you know, ‘Twenty minutes of silence! Nobody does that!’ And now, god, look at them.”

He doesn’t have to worry. Radcliffe’s fans won’t have seen Michel Hazanavicius’s black-and-white pastiche, so The Woman In Black’s silent sequence will still be novel – as will the sight of Radcliffe as a grief-stricken widower.

It’s a major step forward for the actor, who says he relished the opportunity not only to break away from playing a boy wizard but also to take an active role in developing a vehicle from the ground up.

“I was involved from an earlier point than I was in Potter,” he says. “It wasn’t until really the fourth or fifth film that we started having our own input, because we weren’t confident enough to do so before. But on this film, I watched James [Watkins] take every opportunity he could, using whatever costume or makeup or set design, to continue telling the story. Odd as this might sound, I feel like I learned more about direction on this film than I did on any of the Potter films, just because I felt I was closer to the process the whole time.”

That included fine-tuning the film’s ending. The movie is steeped in grief and misery – when Arthur is introduced, he’s contemplating suicide, for a start – and horror movies rarely wrap up in sunshine and puppies. Some grimness is required.

“I mean, god, I remember on the fourth Potter film, we shot a beautiful ending in Scotland,” he says. “Very sad, because a 16-year-old boy, Cedric Diggory, has died. We had to reshoot it because it was far too sad and we couldn’t end on a down note. That was slightly distressing – you know, somebody has died. You have to take that into account.

“Films don’t need to have happy endings. They need to have endings, but as long as they’re real, and feel good and do justice to the story, I don’t get the obsession with leaving the audience on a high note. I don’t think it’s necessary.”

Daniel Radcliffe on the Harry Potter movies as an acting school:

Radcliffe on shooting The Woman In Black’s silent sequence:

Radcliffe on the difference between smaller films and the Harry Potter films: