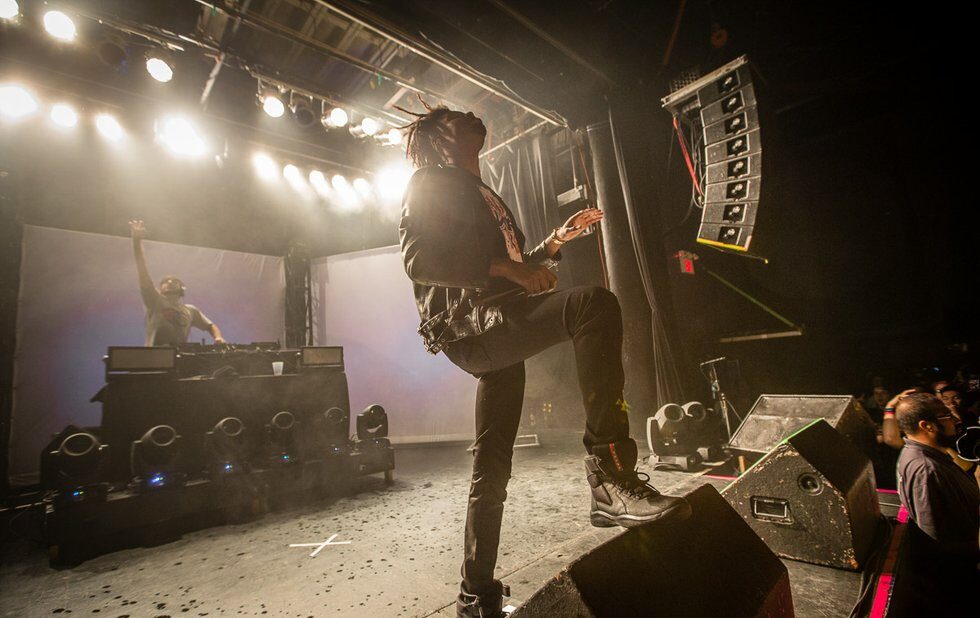 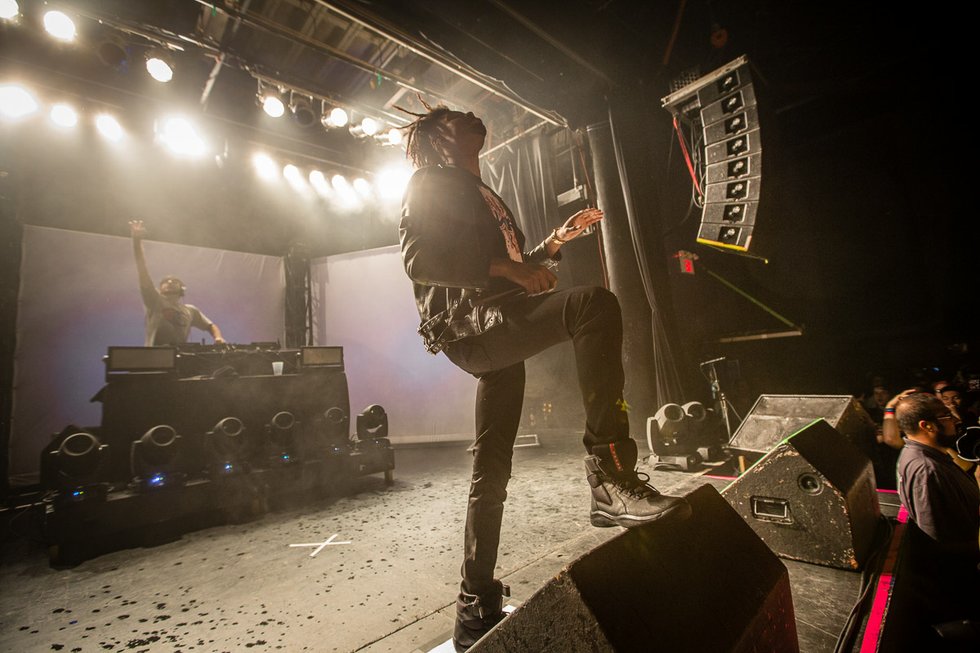 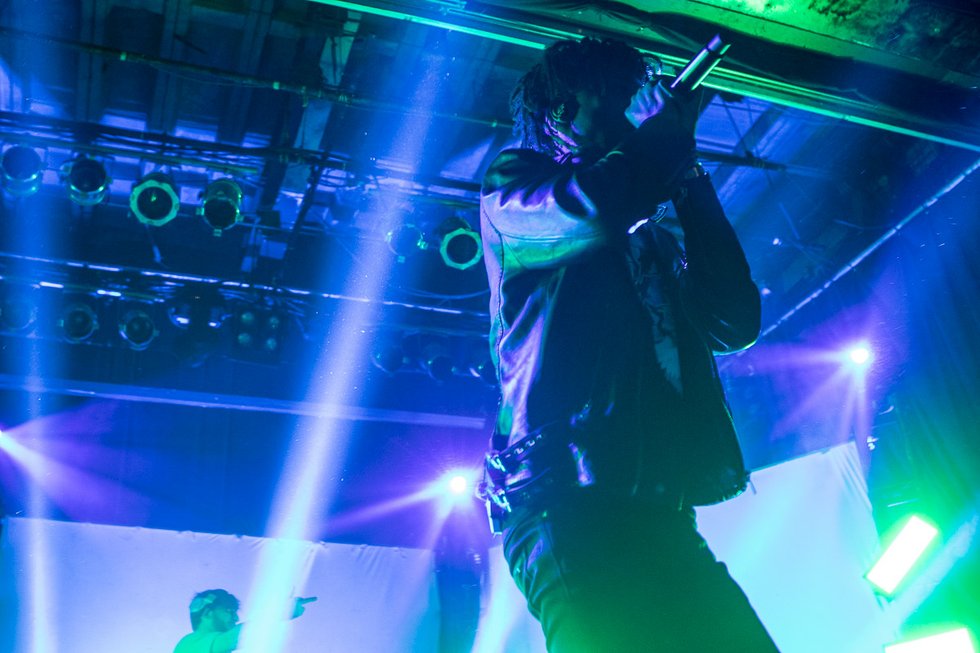 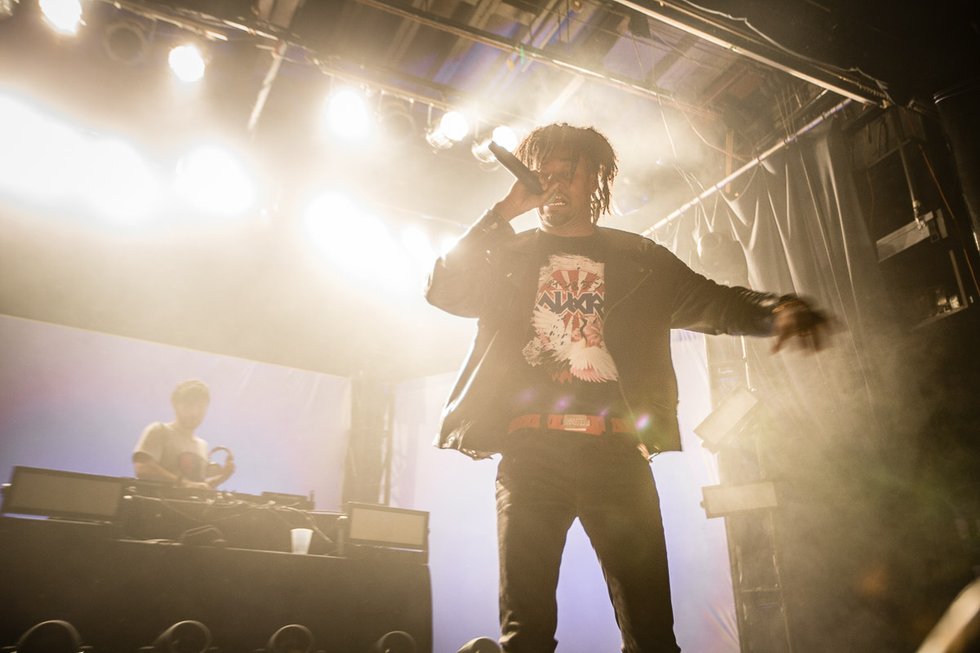 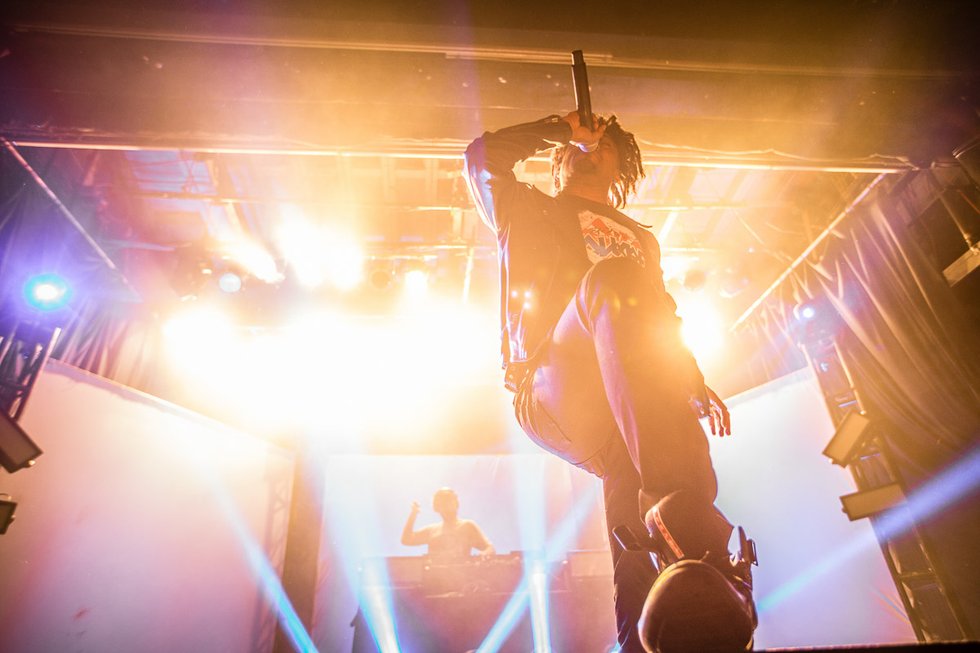 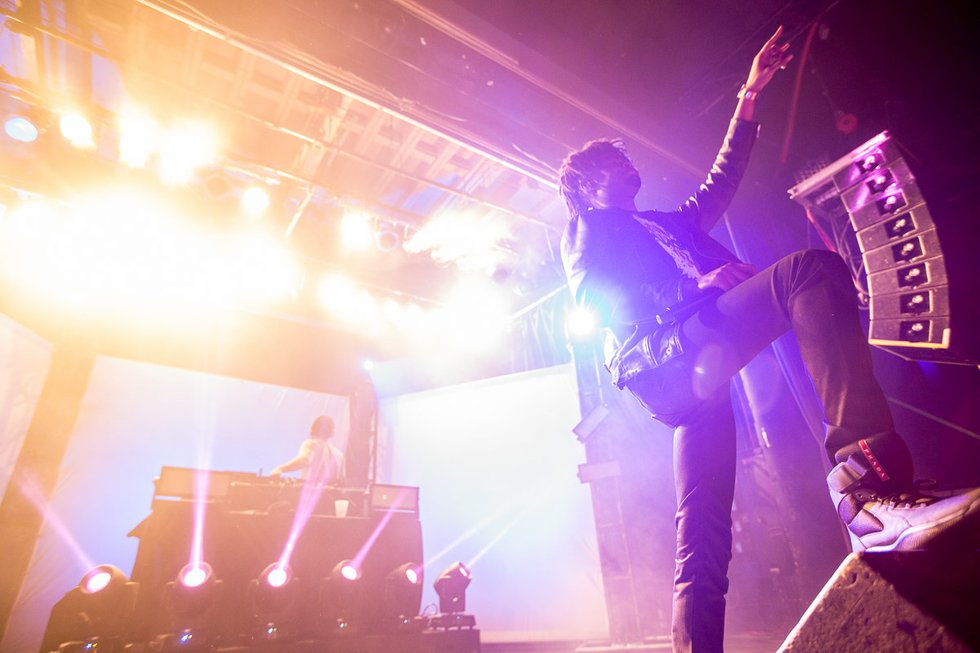 So it did not come as a surprise to hear the British post-punk group’s machine-gun drum roll ring out as the lights dimmed at the Phoenix. As the cranked-up bass and Ian Curtis’ deadpan vocals gave way to the rollicking boom-bap of Brown’s 2011 song Die Like A Rockstar, the MC appeared and the room erupted.

The reverberation between Brown’s opening song choice and Curtis’ lyrics about spectators cheering gladiatorial violence created a powerful moment. The 35-year-old MC has made a career of recounting the highs and lows of self-medication over thunderous and twisted club beats. As blue spotlights swirled and hundreds of dudes fist pumped to a song about overdosing and dying young, the Joy Division song suddenly felt as timeless as it is bleak.

Brown’s Atrocity Exhibition album is his most adventurous and weird yet, but the crowd would have to wait to hear anything off it as his hour-long set was structured chronologically around his three albums.

In contrast to his drug-addled lyrics, Brown is a pro on stage. His vocals sounded clear, he kept the hits coming and the energy level high. The audience was in the mood to party and rapped along to bangers such as Bruiser Brigade, Blunt After Blunt, Handstand and Smokin & Drinkin. By the time he played Dip – off 2013’s Old – the floor seemed to be shaking.

He rounded out the set with four songs from Atrocity Exhibition, ending on the clanging Pneumonia. The fans demanded an encore but Brown didn’t return. The lights came up and a large group kept on cheering. Eventually their chants turned to boos as it became apparent that was it.

To paraphrase Ian Curtis on Atrocity Exhibition: he came, he killed it and the sickness was drowned out by cries for more.