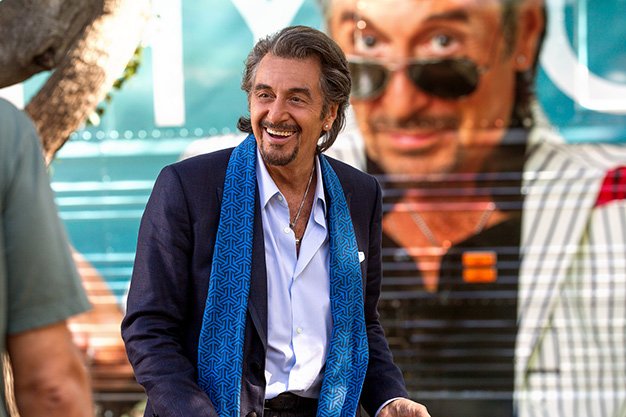 Al Pacino handles this cheesy role like a pro.

Al Pacino handles this cheesy role like a pro.

The grizzled and perma-tanned Al Pacino sometimes seems like a parody of his former self. So he’s well-qualified to play Danny Collins, a Neil Diamond-like singer who struck gold in the 60s and 70s and now pleases stadiums of aging boomers with his cheesy golden oldies.

When Danny’s wizened manager (Christopher Plummer) shows him an inspiring letter John Lennon wrote him in 1971 that went missing, he goes on a “road not travelled” journey involving an estranged son (Bobby Cannavale) and music that comes from his heart, not his Greatest Hits: Volume 3 album.

First-time director Dan Fogelman is better known as a writer (The Guilt Trip, Last Vegas), and this formulaic pic checks off all the boxes of the redemption film: drugs, illness and spunky little kids.

But the superb actors cut through the clichés. Pacino’s oversized acting is fine for the opening parts, but he shows real gravitas later on, while Cannavale more than holds his own as the embittered and resentful son.

And Annette Bening nearly steals the picture as the buttoned-down manager of a modest New Jersey hotel where Collins is holed up. Her scenes with Pacino are a master class in comic timing.