DARK MATTER written by the company, directed by Alec Toller (Circlesnake Productions). At the Storefront Theatre (955 Bloor West). To. 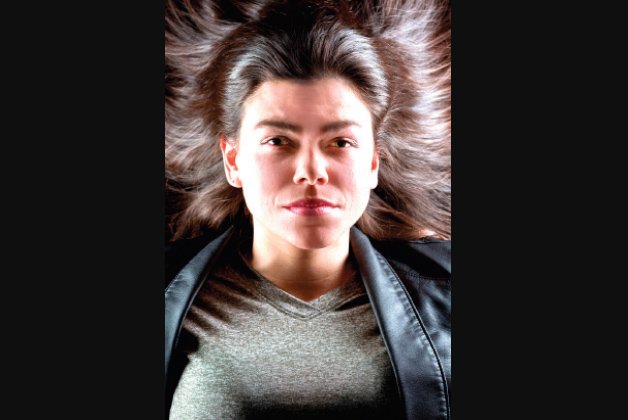 Having recently brought us the hilarious TTC-themed action comedy Special Constables, director Alec Toller and the Circlesnake company return with something different: a dramatic sci-fi adaptation of Joseph Conrad’s Heart Of Darkness.

It’s no match for their previous efforts, but Toller and the company deserve credit for taking risks. They import various comedy strategies like collective improvisational writing, a breakneck turnaround of five weeks from concept to curtain, and mime in place of sets and props. It’s a process with potential, but it’s not fully realized here.

Adapting any story to an outer-space setting inevitably invites skeptical chuckles, but with its themes of travel, survival and the mental effects of stress and isolation, Heart Of Darkness is actually a good candidate for sci-fi treatment.

The problem here is that the collectively written script doesn’t use the story to explore new ideas. Instead, we’re flown through well-mapped sci-fi quadrants: Burke’s discriminatory attitude to Cal, an artificial life form, seems cribbed from Data’s struggles on Star Trek: The Next Generation and the shadowy machinations of the Horizons Corp. are derivative of The Company from the Alien film franchise.

In addition to some flubbed lines, the low-to-the-ground production values had the action sliding into skit territory at times, which is okay for a spoof like Special Constables but kills the momentum of a serious drama.

Munch’s few one-liners hint at the company’s impressive comedy chops, which aren’t otherwise on display, and raise the question of whether this show should have been a hammed-up genre farce instead.

Despite its shortcomings, there’s lots of heart and talent in Circlesnake, so let’s hope this won’t be their last attempt to expand their repertoire beyond comedy.