Dawn of a new Page

With two films at TIFF, new cred as a producer and a deep interest in LGBT political action, Ellen Page has seized control over her life 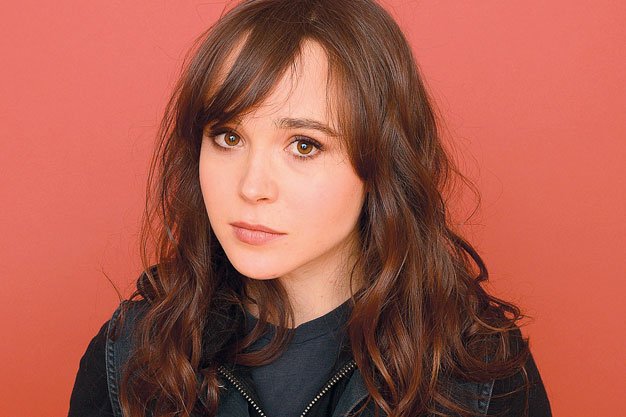 Ellen Page (left) and Evan Rachel Wood go into survival mode in Into The Forest.

You’d think the 10 years since she was first on NOW’s cover would have changed everything for Ellen Page. But you’d be wrong.

Yes, the once ballsy up-and-comer is now a bona fide star, with an Oscar nom in her pocket and a reserved spot in the X-Men franchise. No longer just a hot prospect to be dealt and traded, she has a rep as a producer that’s growing and she’s gaining invaluable control of her career.

But as a woman, she tells me, she feels more like that 18-year-old than ever.

That’s because she came out as a lesbian last Valentine’s Day and has rediscovered her mojo. There were a few years after the nomination for Juno (she got BAFTA and SAG noms for the role, too) when she’d lost it.

“Lying by omission or keeping my authentic self hidden is such a toxic thing,” she says on the phone from Los Angeles. “It started taking away my love for film, my ambition, my inspiration in general. And now all of that’s come back. I’m getting to be who I am and exist in the world and make the projects that I like – the utmost privilege, of course.”

Words flow very freely from the Halifax-born star, who launched her career at age 10 in TV and broke out in the role of a revenge-seeking teen in Hard Candy. As she openly – and very articulately – expresses the meaning of her recent life change, it’s obvious that she’s revelling in her new-found freedom now that she’s out and proud.

“It reminds me of what I was when I was 16 and 17 – so in love with film, so in love with acting, getting so many opportunities. The energy I had, the ambition – it was a beautiful feeling.”

And it’s back big time.

Page is at TIFF this year with two films, both of which she’s produced and which feature her in very intense and intimate relationships. In Freeheld – based on a true story – she plays Stacie Andree, lesbian partner to Lauren Hester (Julianne Moore). Together they coped with Lauren’s complicated coming out and eventually spearheaded a landmark gay rights legal case regarding pension benefits. (See review, September 13, at nowtoronto.com/tiff). 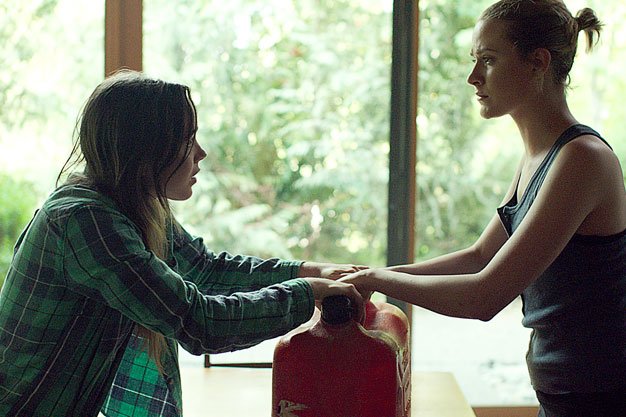 Page is excellent in Patricia Rozema’s Into The Forest, a taut tale of two sisters Nell and Eva (Page and Evan Rachel Wood), trying to survive in their isolated home in the woods after a vaguely defined eco-catastrophe. She’s all wound up and focused as Nell, juggling a passion for her boyfriend and her commitment to her sib. It’s vintage Page – direct, intense, with the gritty edge that’s defined so many of her performances.

Working with Woods was like no other acting experience.

“I sent her the script, she read it immediately, said yes, and we decided we had to hang out all the time. We were hanging out for about year before we got the funding and started to make the film.”

To enter a project like that with somebody you care for so deeply, she says, is like nothing else.

“She’s an unbelievable force as an actor. She couldn’t have been more present, more visceral and deeply emotional.”

It helps, too, that Rozema adapted Jean Hegland’s original novel so skilfully.

“Patricia’s an exceptional writer. All the things I thought were going to be most complicated about adapting the book she absolutely nailed. She’s so sure of what she wants and yet open to collaboration. She has that ability when she’s directing a scene to be emotionally in it with us.”

Ask Page what she loved about making Freeheld and she’s a bit more torn. There’s the very big deal of playing a queer woman for the first time, for starters.

“Getting to play a lesbian was a pretty amazing feeling. It’s weird – you’d think I would have anticipated that. To do a love scene with a woman – particularly after being so closeted – in a film about two women who so inspired me, I can’t even find the words to describe the feeling.”

Oh yeah, and her Freeheld co-star is 2014 Oscar winner Moore, only one of the best on the planet.

“What’s amazing about her is that she absolutely loves what she does. You feel her excitement and curiosity, and she’s such a hard worker. She’s so meticulous, she really wants to get it right. I thought, ‘Oh, she’s going to be method, and that’ll be an interesting experience.’ We got on the set the first day, and she’s just the most goofy, open, lovely person.”

“Yeah, to make a love story with Julianne Moore….” Page pauses, plainly still so blissed out she can barely speak, but she recovers.

“She’s played tons of gay women – I think more than just about anybody else,” she laughs.

Unlike other actors, who don’t like to sully themselves with the business aspects of filmmaking, Page was unafraid to get her hands dirty dealing with money and personnel.

“People were so kind and generous about letting me learn. I told them I was keen on learning the process, particularly the financing process that I didn’t understand. It was a great opportunity to learn what it takes to get funding for an independent film.”

A few weeks ago, to cite just one example, while shooting a series for Vice on human rights around the world, she confronted Ted Cruz on his campaign trail about what she sees as his homophobic policies. And she’s openly critical of the movie industry’s tendency to make the world look ludicrously homogenous.

“There’s a lack of diversity, very few LGBT people. It’s racial, too, and where are the First Nations people? There are so few opportunities for African-American women, Latino women. I do feel like maybe we’ll see the same shift television has allowed. Orange Is The New Black has allowed us see actresses we’d otherwise never have seen.”

But, she says, profit-seeking producers lack vision and just don’t get it.

“They’re concerned with the bottom line. ‘It’s business,’ they say, but they have that false idea that you can’t have diversity of experience, whether it’s racial or socioeconomic or anything else. There’s some fear that you can’t do it because it’s not going to be successful.

“But there’s clearly an audience interested in wanting to see more stories and people’s different experiences. I know I’m not alone in that.”

One thing’s for sure. While Hollywood seems bent on ignoring reality, you’ll see Page’s true self on TIFF’s red carpet.

“One of the lovely things about being out is that I can wear what I want. So I’ll be wearing a suit.

“No more dresses for me.”

Read our Q&A with Into The Forest director Patricia Rozema for more about Ellen Page.