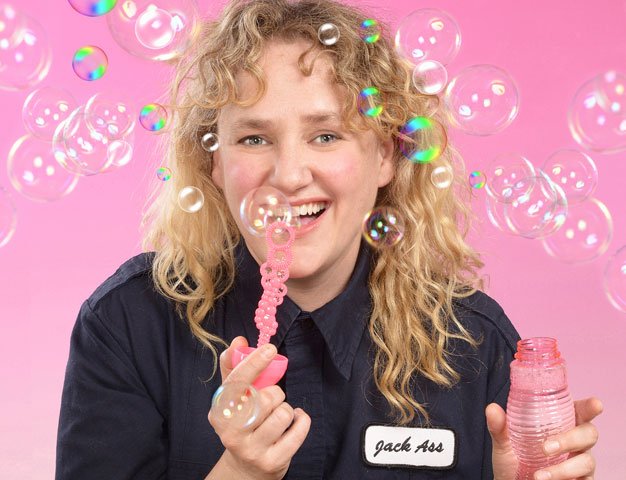 If you’ve noticed more fierce and funny female stand-up comics on the local scene lately, you have Dawn Whitwell to thank.

A while ago, the veteran queer stand-up served twice on the Tim Sims Encouragement Fund Award jury for emerging comics and realized she wasn’t seeing many women.

“I didn’t think there were enough to choose from,” she says.

So she started Comedy Girl, a class for aspiring female stand-ups. In seven years it’s expanded and amplified, and now some of its grads are beginning to appear on big stages, including her weekly Dawn Patrol night.

Even women who’ve proved they were funny in other genres – sketch, improv or character work – have taken an offshoot of her course called Special Ops. They include illustrious names like Jeanie Calleja, Alana Harkin and Second City alums Linda Kash, Janet van de Graaff, Carolyn Taylor and Jennifer Whalen.

“My next goal is race,” says Whitwell, who helps organize the class with Comedy Bar’s Jen Fitzgerald. “I want to get more non-white female comics out there. I’m starting a first nations class in September.”

All of this, as well as running and hosting the mostly but not exclusively all-female Dawn Patrol, takes a lot of time from her own comedy. But she’s just wrapping up writing on Carolyn Taylor’s new CBC sketch show, Baroness Von Sketch, which airs in 2016. And she’s just been announced as one of the acts at JFL42 this fall.

“I haven’t had to put together an hour since I did Edinburgh in 2011,” she says. “I’m going to call this show The Dawn Also Rises, and it’s going to be about my lightening.”

“I just watched John Mitchell and Christina Zeidler’s Portrait Of A Serial Monogamist,” she says about the closing gala at the Inside Out Fest. “I’m in it and I’m 40 pounds heavier. I play the funny friend, and all I cared about was that my scenes be funny. I didn’t care how I looked.”

So she’s talking about both a physical lightening and a spiritual one.

“What struck me was how I was carrying a lot of heaviness around. I’m lighter and more positive. I’ve been focused on my overall wellness for the last three years. And this is all part of that. There’s been no diet or exercise trick. I’m just focusing on what’s working, and letting anything unwanted fall away.”

Whitwell’s been married to partner Tara Laing since 2008. One of her most famous comedy bits concerns friends with kids. Has she felt the parental pull since marrying?

“No way,” she says. “Especially with this wellness kick I’ve been on. If I had a kid, I wouldn’t have been able to do that and been able to focus on me.”

While she says she’s probably not going to do any new queer material for her Homo Night In Canada gig, you can bet there’ll be lots in Taylor’s TV show. Other writers include Elvira Kurt, Diane Flacks and of course Taylor herself.

“We brainstormed about five different queer sketches,” she says. “There are also a couple of sketches where a couple is same-sex and we don’t make it a particularly gay theme.”